US & German Involvement in Ukraine 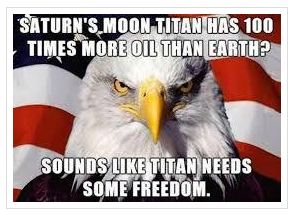 The installed politicians in Kiev are hand-picked by the West including Germany and the USA. This is why I say the people have been warned that if they rise up against this NEW crop of corrupt politicians, they will have zero support.

The corruption is pervasive on ALL sides – this is by no means limited to Russia. This grassroots feeling against corruption is NOT restricted to Ukraine – we just saw it in Nevada and then people/government go to remove video from YouTube to hide the actions of the US government.

I know there was no leaders from Maidan, for my direct contacts could find nobody willing to stand-up to assume such a position. I would have been glad to hop on a plane with no charge to help restructure a government that would be honest. I know a lot of people who would have chipped in with the hope that if just one government reforms, it will become like a virus that spreads among all world governments.

I would have had Ukraine default on the national debt just for starters and told the creditors they KNEW Yanukovich was corrupt and he had accounts everywhere from London down to Switzerland. Where did all this money come from for a guy whose job paid 25,000 euros? Go collect the debts from him – not the people of Ukraine from whom it was stolen.

I am ahead of the curve because I am supported by a network of REAL people around the world who see what I see and know what I know is coming. Either we stand for something or we lose everything. That is the choice on the table.