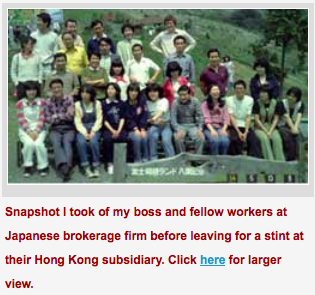 These are not my words. They’re the words of the People’s Daily, the leading voice of the Chinese Communist Party. And they’re not a forecast or a speculation.

In a moment, I’ll explain what I think those consequences might be — for the world and for you. But first let me give you a sense of how important this is and why I’m qualified to opine.

Hong Kong is the biggest financial center of the largest, most populous, fastest growing continent on the planet — Asia.

Only two other centers eclipse Hong Kong in power and size — New York, the financial capital of the world’s dominant superpower; and London, the center of the greatest empire in history.

Hong Kong’s banking, stock market, bond market and derivatives market are bigger than those of Frankfurt (the largest financial center of continental Europe) and of Tokyo (despite a national GDP that’s 22 times larger).

Tens of thousands of corporations, operating all over Asia, are incorporated in Hong Kong.

Over 1,600 companies, half based in mainland China, are listed on the Hong Kong Exchange.

And no matter what, if you want to do business in Asia, you almost invariably must go through Hong Kong.

I know from personal experience. In the early 1980s, I was working in Tokyo as a stock analyst for Wako Sh?ken, one of Japan’s larger brokerage firms.

And soon after I began there, my boss sent me off to Hong Kong for a project with their local subsidiary.

My task was to develop presentations about Japanese stocks, while interpreting from Japanese to English and to Cantonese. (They overestimated my linguistic abilities.)

Even back then, business at their Hong Kong subsidiary was a big deal for them — bigger than their subsidiaries or branch offices in New York, London, Dubai and a half dozen other centers. And that was 35 years ago, before Hong Kong’s meteoric expansion!

Why? Because of one single, powerful force that has propelled Hong Kong’s growth:

The authorities in Beijing seem to understand this — so much so that they’ve pursued something similar for Shanghai and other Chinese cities (within strict limits, of course).

What they don’t yet seem to understand is this: Economic and financial freedom cannot forever co-exist with political and social repression.

The Rise and Fall of

This is also an extremely important issue. So let me give you a quick overview.

Historically, the concept of peaceful co-existence was all about the relationship between communist and capitalist economies.

It first emerged in the early years of the Cold War. Moscow embraced it. But Beijing did not. And this landmark dispute became a key aspect of a great Sino-Soviet split — years of conflict, border clashes and even wars between the two communist powers.

Why did China and Russia disagree? One reason was because Mao Zedong rejected the idea out of hand. He called it “Marxist revisionism.” He argued that capitalism and communism are fundamentally incompatible.

Was he right? Or let me ask it this way …

Is it ultimately possible for capitalist free markets to survive under the thumb of an overarching — and over-reaching — communist dictatorship?

That is THE fundamental question that’s coming to a head in Hong Kong right now.

Now, some might argue that communism survives in China in name only. But that’s beside the point. Whether it’s under the rubric of “communism,”  “fascism”  or some other -ism, the question still boils down to the same thing:

If the answer is “no” … if it is not possible for capitalism to survive under a repressive dictatorship,” then …

Mr. Xi and China lose their most valuable single asset. They lose the richest, most prosperous 436 square miles of the entire Middle Kingdom, their pipeline to global capital, their gateway to Western markets. They lose what makes Hong Kong what it is.

But that’s not the only question Mr. Xi is worried about. In fact, no matter how valuable Hong Kong may be to him, it’s not even his greater concern.

“What could possibly be more important to President Xi than the fate of Hong Kong?” you ask.

It should be obvious: The fate of China.

Just go back to that fundamental question I asked you a moment ago. Turn it upside down. And then ask it this way:

Is it ultimately possible for dictatorships to survive as the grand masters of free-enterprise? Can they forever repress the demands for freedom of a rising middle class and newly-empowered corporate elites?

For this question, no speculation is required, and no evidence is lacking.

A thorough — even a cursory — review of history gives us all the answers we might ever need. I know. Because I was there when it happened — several times, in fact.

But as a student in my teens and early 20s, I also lived and traveled a lot in Latin America.

In Brazil, I saw the generals come to power after central bank money printing went wild. Then, twenty year later, I saw them fall as their stubborn rigidity gave way to free markets and free enterprise.

I was in Guatemala, El Salvador, and Nicaragua … Chile and Argentina … Uruguay and Paraguay … when those countries were in the throes of similar cycles — guerilla wars, states of siege, and worse.

More recently, I crisscrossed East Germany not long after the fall of the Berlin Wall.

A few years later, I visited one of the former “closed cities” of the Soviet Union (nuclear and aerospace centers that even Soviet citizens could not enter).

And I can tell you flatly: In every case, I saw how dictatorships come and go … how free markets, free enterprise — and freedom of self-determination — always prevail.

That’s the great lesson of history.

That’s what Mao Zedong was afraid of when he split from his communist counterparts in Moscow.

And that’s also the great fear of his sixth successor, China’s President Xi Jinping, the man who must decide history’s next major turn.

So what WILL be the final outcome of the Hong Kong crisis?

What will be the “unimaginable consequences” that China’s People’s Daily is referring to.

I cannot speak to what they’re able (or unable) to imagine. But I can tell you what’s in my mind …

Consequence #1 is a crackdown. Mr. Xi is resolute in his view that there is simply no other alternative.

He’s the hardest-line leader of China since Mao. His entire support base and source of power derive from a no-negotiation, no-compromise line in the sand he’s drawn between China’s Communist party leadership and China’s 1.4 billion people.

He’s convinced that, if he gives in to the tens of thousands mobbing the streets of Hong Kong, he will unleash pent-up revolutionary forces on the mainland akin to those that toppled the Berlin Wall and doomed the Soviet Union.

If he’s pushed against the wall, he will crack down!

Will it be as bad as the 1989 Tiananmen massacre, which killed thousands and shattered China’s democracy movement?

But in terms of global impact, it could be a lot worse.

Consequence #2 is a hotter phase of the new cold war. We’ve been warning you about a new cold war for over a year. Now it’s here.

And, depending on the consequences in Hong Kong, imaginable or not,  we may be on the verge of a new round of escalation.

Already, Chinese authorities have warned the West to stay out of the conflict. Already, they’re accusing the West of fomenting the chaos.

Consequence #3 is a global money tsunami.

I’m not the only one who sees trouble ahead in Hong Kong.

Global investors also fear a massive police crackdown on tens of thousands of protesters, massive censorship of the media and the Internet, untold numbers of arrests, and worse.

In response, they have embarked on a new flight to quality — away from commodities, currencies and many stock markets.

The big island of safety in their view: The United States.

But make no mistake: Just as we warned you, global crises are spreading — from Russia … to Ukraine … to ISIS … to Europe’s economic woes … and now to Hong Kong.

Just as we predicted, these crises are driving wave after wave of flight capital to our shores.

And just as we said, all of this is reaching a crescendo, injecting more emotion into investor decision-making, including fear of global chaos.

The Global Dash for Cash

That’s why, over the past few days, most of this new capital has moved into cash or cash equivalents, earning practically zero yield.

It’s all clear as day. But it’s also raising urgent questions for investors like you and me …

How long will foreign investors be content to hold zero-yielding cash? How long will they sit there, dead in the water?  When will they resume moving that money into stocks for a more decent return?

No one has the precise answer, of course. Markets could fall further.

That’s why, in my ultimate portfolio, I still have 83 percent of my money in cash.

And that’s why, when the time is right, I will target exclusively top-quality investments that are the first choice of risk-adverse investors all over the world.

I suggest you do the same.

The full story of how my family and I have been building this strategy since 1930 … and why I’ve decided to implement it now for the first time … is on my website.