Understanding the Real Value of Gold in Today’s Market 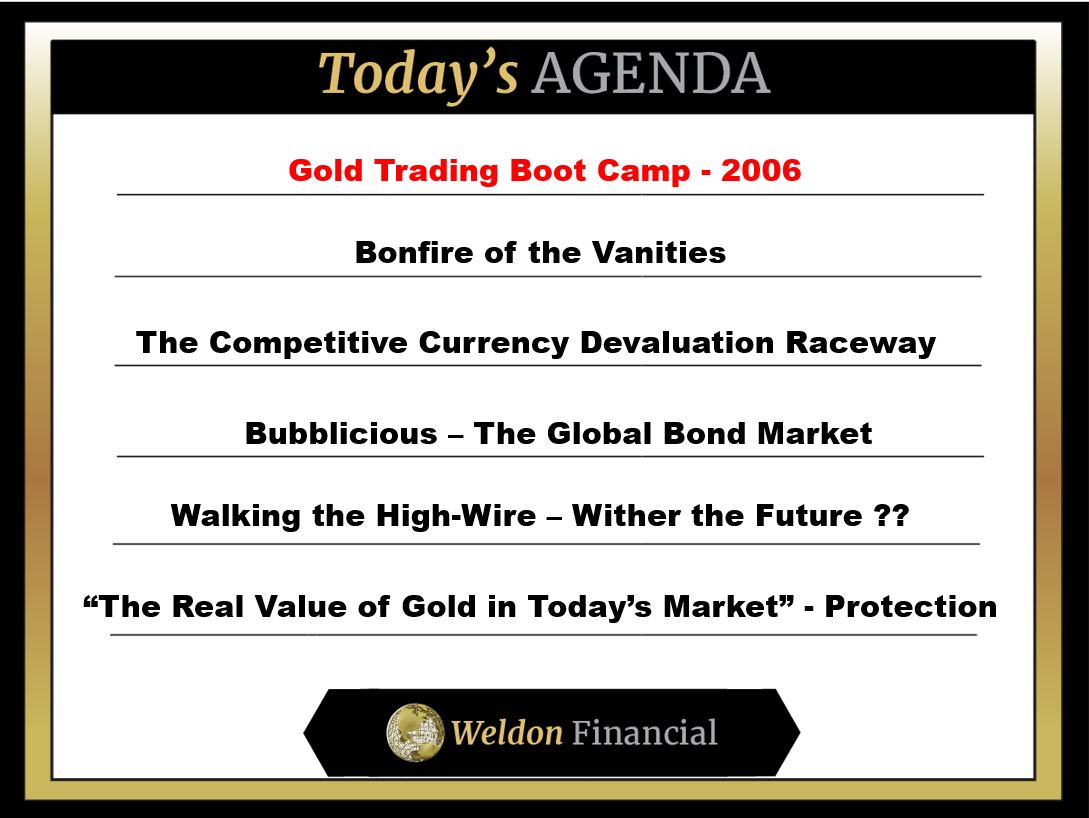 Can you afford NOT to get this special MoneyTalks exclusive 80 page report + accompanying video commentary? WE DON’T THINK SO

Is it because it is one of the most comprehensive breakdowns of the gold market we’ve ever seen? And includes data that will help you understand the markets for decades to come? AS A STARTING POINT, YES

Is it because it is a great deal at only US$99? PARTLY

Is it because Greg’s macro-analysis provides insights into the financial world as a whole? IT IS DEFINITELY A BONUS

The number one reason? THE OPPORTUNITY TO MAKE MONEY

On January 4th 2016, Greg Weldon came on MoneyTalks and presented the idea that the Precious Metals sector would END its four-year bear market, and embark on a new “leg” of what he called an ongoing secular bull market. He even offered some specific recommendations in his MoneyTalks exclusive report “Gold & Silver, Time to Rise and Shine”, including First Majestic Silver which is up +425%, and the Mining ETFs GDXJ and SIL.

Greg said that he felt Gold and Silver were as UNDER-VALUED at sub-$1100 levels, as it was when he wrote his bullish thesis in the form of the 2006 book “Gold Trading Boot Camp”, in which he predicted a housing market/consumer linked credit crisis in the US, which would lead the Federal Reserve to print money, monetize US Treasury debt, and expand their balance sheet by trillions of dollar, in essence devaluing the USD and sparking a major rally in the Precious Metals, when Gold was trading below $600 per ounce.

Now, with the understanding that Greg is NOT a ‘gold bug’, and has offered a bearish opinion on Money Talks throughout 2012 and 2013 …

… what if Greg were to suggest that today, even after the MASSIVE YTD-gains in the Precious Metals sector, that Gold (and Silver) remain not only “undervalued’, but are downright CHEAP at current prices … might you be interested to know exactly WHY he is saying that ???

Find out, by dissecting his latest massive, mega-macro research report “What is the “Real Value” of Gold in Today’s Market??”

For a mere US$99, a MoneyTalks special discount of MORE than HALF from the retail price of $249 … see all 80 pages, and check out the accompanying half-hour video with Greg’s color commentary, explaining WHY he is as bullish on the Precious Metals today, as he was in 2006, when Gold was trading at $600 … despite the doubling in price since then.

We ask, did you take advantage of the information contained in Greg’s January report??

For sure, you will not want to miss out on the next big move … a move that will again, most likely, make the purchase price seem like mere pennies on the dollar.

So, to access this wide-ranging and in-depth report that touches upon things such as Negative Bond Yields, a Global Bond Market Bubble, policies that Central Banks are likely to pursue in the future, the ongoing global Currency War, a still-intensifying global Sovereign Debt crisis-in-the-making, Commodities, along with the growing push towards expanded fiscal stimulus and renewed growth in fiscal deficits … along with detailed coverage of the Precious Metals sector….

You are going to have to order it personally through Greg’s assistant Katelyn Ellis. I know this is somewhat unusual but it was the only way we could offer the special price without upsetting Greg’s US-based clients.

EMAIL KATELYN before midnight Sunday to ensure you get a copy of the 80 page report and the accompanying video commentary. Or call Katelyn at 1.561.283.1815