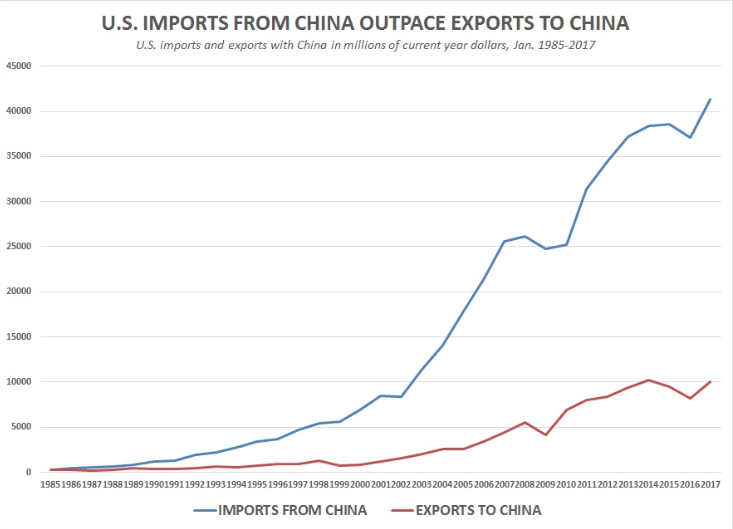 China’s exports are down, and imports are down even further, which translates into a trade surplus for Beijing that could set Trump on an even more aggressive warpath.

With year-end 2018 data now in, China ended up with a $324-billion trade surplus with the U.S.—a trade surplus that is over 25 percent bigger than it was prior to Trump’s ascension to the throne in Washington, DC.

And that’s even with Chinese exports down. Based on Chinese data analyzed by the BBC, exports from China dropped 4.4 percent in December, compared to the previous year, and imports also fell 7.6 percent…..CLICK for complete article