Two Technologies That Are Revolutionizing The Financial System 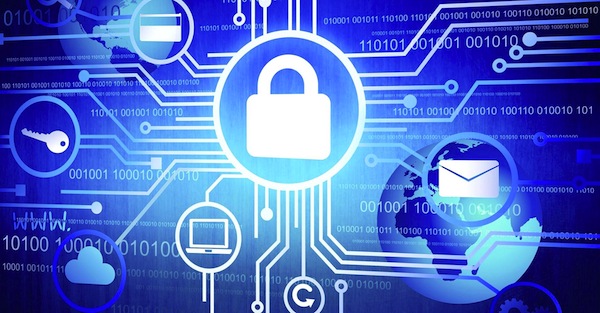 “a major reason why I’m so optimistic about the future” Eight centuries ago as Marco Polo traveled across the vast dominion of the Mongolian Empire, he encountered what few westerners had ever seen. One of those astonishing experiences was how the Mongols happily and willingly used paper currency. Marco Polo was so intrigued by this that he devoted an entire chapter in his famous diaries to the Mongolian monetary system. Back then, Kublai Khan’s imperial mint was located in the city of Kanbalu, part of modern day Beijing. Polo describes the ritualistic process of how these Chinese “alchemists” produced paper money “with as much form and ceremony as if it were actually of pure gold and silver.” This was a major novelty for Polo. Back in Europe where he had come from, gold coins like ducats and florins circulated across the continent as the standard international reserve currency. But it wasn’t just the use of paper money that was so surprising for Marco Polo; it was how willing people were to use it. As he writes in his diaries, “in most states, the issue of government paper is the resource of an exhausted treasury.” In Polo’s experience, only bankrupt nations issued paper money. But in the Khan’s empire, the economy was healthy and robust, and people had tremendous confidence in their paper currency.  It lasted for more than a century, but eventually they printed far too much money, confidence eroded, and the system collapsed. The collapse was so severe that one deposed Mughal ruler was actually charged with inflicting paper currency on to his people. So just like every other experiment with paper money in the history of the world, it ultimately failed. Today paper money is somewhat of a rarity; it and all financial transactions have now become digital. Your bank balances and credit card transactions are all merely accounting entries stored in electronic databases. There are very few pieces of paper circulating in the monetary system anymore. But the basic concept remains the same as it did in the Mongolian Empire: unelected bureaucrats wield totalitarian control over the money supply, creating and destroying money at will. Money is one of the most important social technologies in history. Like language or even the Internet, money is something that we all use regularly. It’s a sad testament to modern humanity that the framework we have selected for this critical social technology is based on a failed model from eight centuries ago. You’d think that with all the other technology we have at our disposal, money would have been brought into the digital age by now. Well, in the private sector, it has. Two of the most important developments in the history of money have recently emerged over the last few years– the Blockchain, and Peer-to-Peer (P2P) platforms. The Blockchain is revolutionary. It provides a way to for any data or information to be stored electronically and distributed across the entire user base. If you’ve ever used a file-sharing application, you’ve seen this in action. You’re essentially downloading bits and pieces of your favorite movie from dozens, perhaps hundreds of other users who have installed the same software. The Blockchain has some similarities in that it stores encrypted data with anyone who has installed the software. Right now that data primarily consists of bitcoin transactions. But the Blockchain could be used for anything– financial records, property title, stock certificates, bonds, business contract– just about anything. The second major idea is Peer to Peer transactions. Centuries ago, banks were vital components of the financial system. They facilitated trade and commerce by acting as a financial middleman who made loans with their depositors’ money. That function may have been useful in the past. But now it’s no longer necessary to have a bank in the middle of all financial transactions. Rather than using a bank, today there are several P2P platforms that can directly match up savers and borrowers, completely cutting out the financial intermediary. If you want to borrow money to start a business, buy a car, or even a house, you no longer need a bank. You can crowdsource it online. P2P technology has been applied to so much else; AirBnB is essentially a P2P platform that matches up travelers with homeowners. Uber is the same with vehicles. The key idea of both of these developments is that they cut out the central authority like a bank or government. Needless to say, the people in charge don’t like this. Yesterday a Russian minister told the media that Bitcoin “will represent a real threat to the financial stability of the state.” But no matter what they do, the power now is trending towards the users. The individual. Not the bureaucracy. This is a major reason why I’m so optimistic about the future. There’s an incredible amount of risk in the financial system right now. Governments all over the world are broke, central banks are borderline insolvent, many commercial banking systems are dangerously undercapitalized. The currency wars are back, and currencies are being devalued everywhere. Debt bubbles are starting to burst, and economic growth worldwide is grinding to a halt. This is clearly not a consequence-free environment and requires some rational, sensible steps to protect yourself. But here’s the bright side: no matter how pitifully the people in charge screw things up, in the end, they’ll always lose. If some politician decides to ban firearms tomorrow morning, we now have the ability to 3D print them. If they continue to snoop and spy on our emails, we now have state of the art encryption technology that would take them centuries to break. Even if they try to flip the Internet kill switch, we have mesh network technology to ensure that we stay connected. No matter how hard they try, they’ll never be able to contain the extraordinary technological developments that propel humanity ever upward.

Have a great weekend,