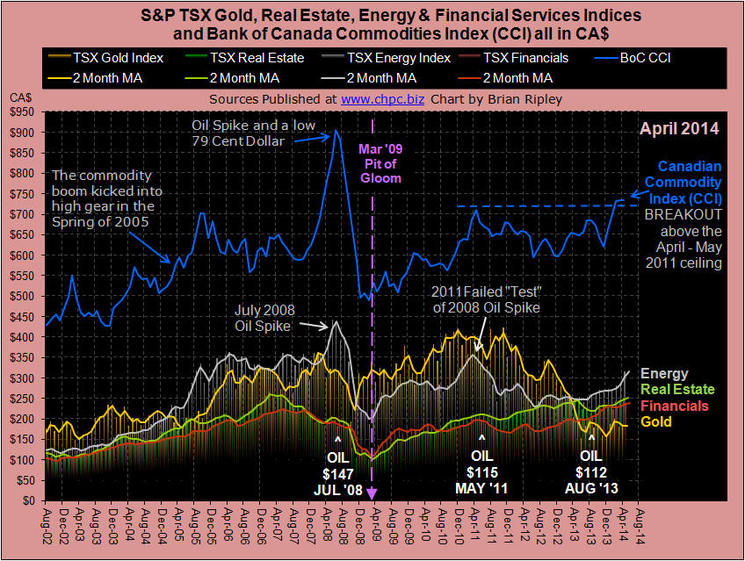 The chart below shows the S&P TSX Real Estate, Gold, Energy and Financial Services Indices as well as the Bank of Canada Commodities Index (CCI) all valued in CA$.

In April 2014 the Canadian commodities index (CCI – blue line) continued to tick up above the April-May 2011 ceiling that was set up with the May 2011 oil spike. As they say, “on a breakout, resistance becomes support” but if this support does not hold then as with the prior peaks of May 2011 and July 2008, a “hard” correction could ensue.

Gold continues to base well below the three rising comparative indexes of energy, real estate and financials that have been revived on the weak CA$. Catch the US Housing Update HERE