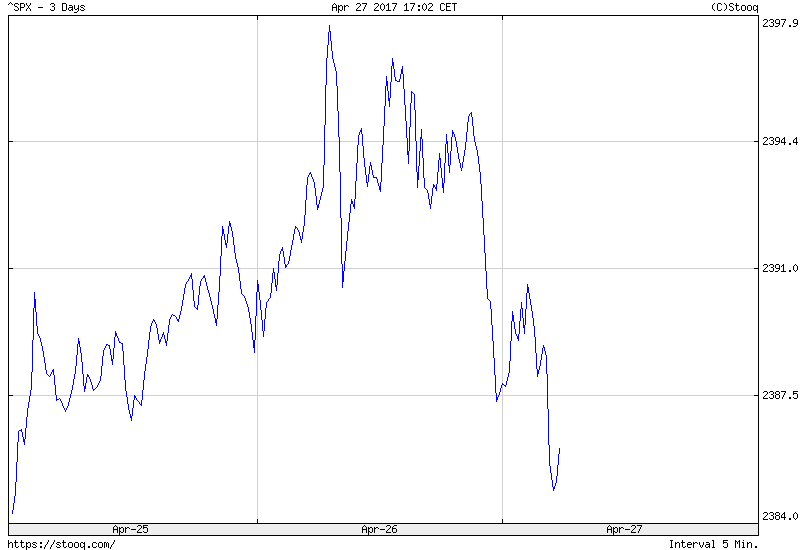 On Wednesday, the White House unveiled Trump’s tax reform plan. What does it mean for the gold market?

Finally, the new administration has presented the long-awaited tax plan. The key elements are as follows:

The whole plan is only about 100 words long and it is very similar to the Trump’s tax proposal from the campaign. The plan is said to provide a “massive tax cut”, or even the “biggest tax cut” in the U.S. history. So it should be good for the stock market and bad for gold, right? Well, it should, but there is one problem with that plan: it lacks any details. In particular, nobody knows how the tax cuts would be financed. As a reminder, an almost identical plan from the campaign would reduce federal revenues by $6.2 trillion, according to the Tax Policy Center. Hence, the proposal would boost the U.S. federal debt by $7.2 trillion (the sum includes interest costs) over the decade. It goes without saying that such a reform would be unacceptable for fiscally conservative Republicans. And because the plan is tilted toward the rich, Democrats would not accept it either.

This is why the plan disappointed the markets and raised justified skepticism, which sent the stock market lower and made gold rebound from two-week lows, as one can see in the charts below. Chart 2: The price of gold over the last three days.

Summing up, Trump has finally presented his long-awaited tax plan. The proposal lacks any details and there are serious doubts how it might actually get passed in Congress. It signifies the final blow to the Trump rally, which is good news for the gold market.

If you enjoyed the above analysis, we invite you to check out our other services. We focus on fundamental analysis in our monthly Market Overview reports and we provide daily Gold & Silver Trading Alerts with clear buy and sell signals. If you’re not ready to subscribe yet and are not on our mailing list yet, we urge you to join our gold newsletter today. It’s free and if you don’t like it, you can easily unsubscribe.

Disclaimer: Please note that the aim of the above analysis is to discuss the likely long-term impact of the featured phenomenon on the price of gold and this analysis does not indicate (nor does it aim to do so) whether gold is likely to move higher or lower in the short- or medium term. In order to determine the latter, many additional factors need to be considered (i.e. sentiment, chart patterns, cycles, indicators, ratios, self-similar patterns and more) and we are taking them into account (and discussing the short- and medium-term outlook) in our trading alerts.