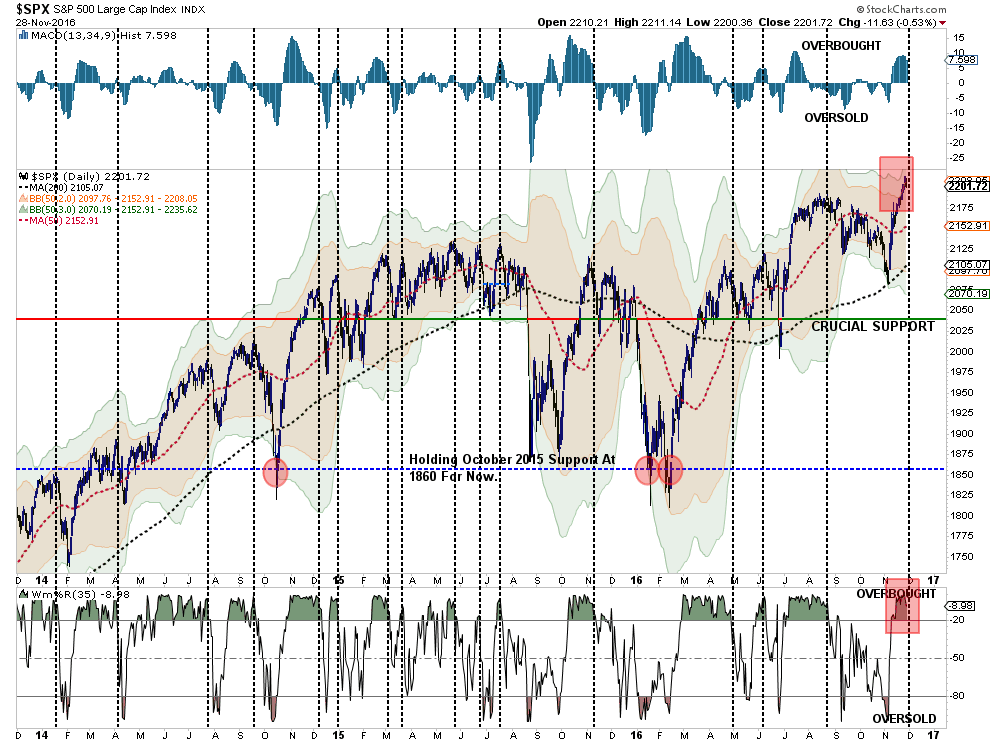 Following the election, the market has surged around the theme of “Trumponomics” as a “New Hope” as tax cuts and infrastructure spending (read massive deficit increase) will fuel earnings growth for companies, stronger economic growth, and higher asset prices. It is a tall order given the already lengthy economic recovery at hand, but like I said, it is “hope” fueling the markets currently.

As I discussed on Tuesday:

“First, the market has moved from extremely oversold conditions to extremely overbought in a very short period. This is the first time, within the last three years, the markets have pushed a 3-standard deviation move from the 50-day moving average. Such a move is not sustainable and a correction to resolve this extreme deviation will occur before a further advance can be mounted.Currently, a pullback to the 50-day moving average, if not the 200-dma, would be most likely.” “Secondly, as discussed above, the advance to ‘all-time highs’ has been narrowly defined to only a few sectors. As shown the number of stocks participating, while improved from the pre-election lows, remains relatively weak and does not suggest a healthy advance.”

….continue to see all the charts and analysis HERE