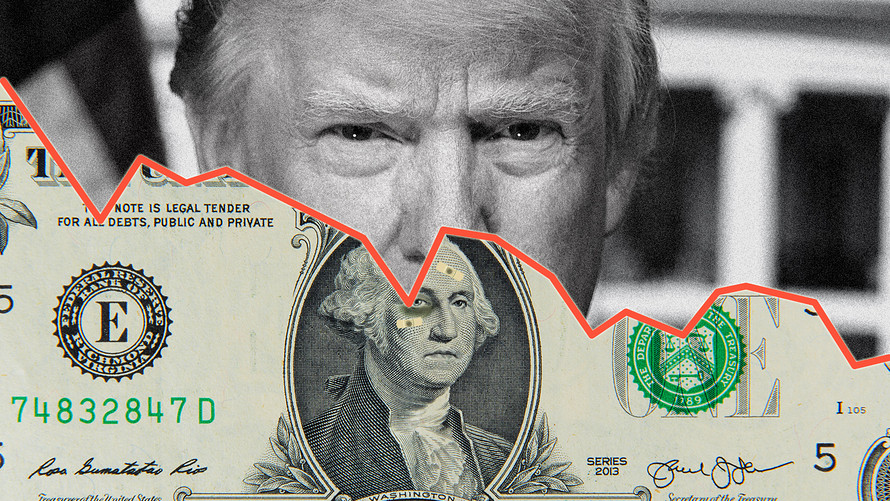 On Jan. 17, currency traders pushed the dollar lower after Trump expressed concern about the strength of the currency, describing it as “too strong,” considering where currencies like China’s yuan USDCNY, +0.0058%  and the Japanese yen USDJPY, -0.69%  were trading. Yesterday, Trump’s National Trade Council head, Peter Navarro, in an interview with the Financial Times (paywall), sparked a sharp rise in the euro USDEUR, -0.3446%  versus the dollar.

The action prompted Steve Barrow, currency and fixed-income analyst at Standard Bank in a Wednesday note to forecast that the roller-coaster ride for the buck would likely end with greenback significantly lower at the end of Trump’s tenure in the White House. Barrow predicts a 10% near-term rise for greenback followed by “a multiyear downtrend that sees this entire rise, and much more, reversed as we head towards the next election.”