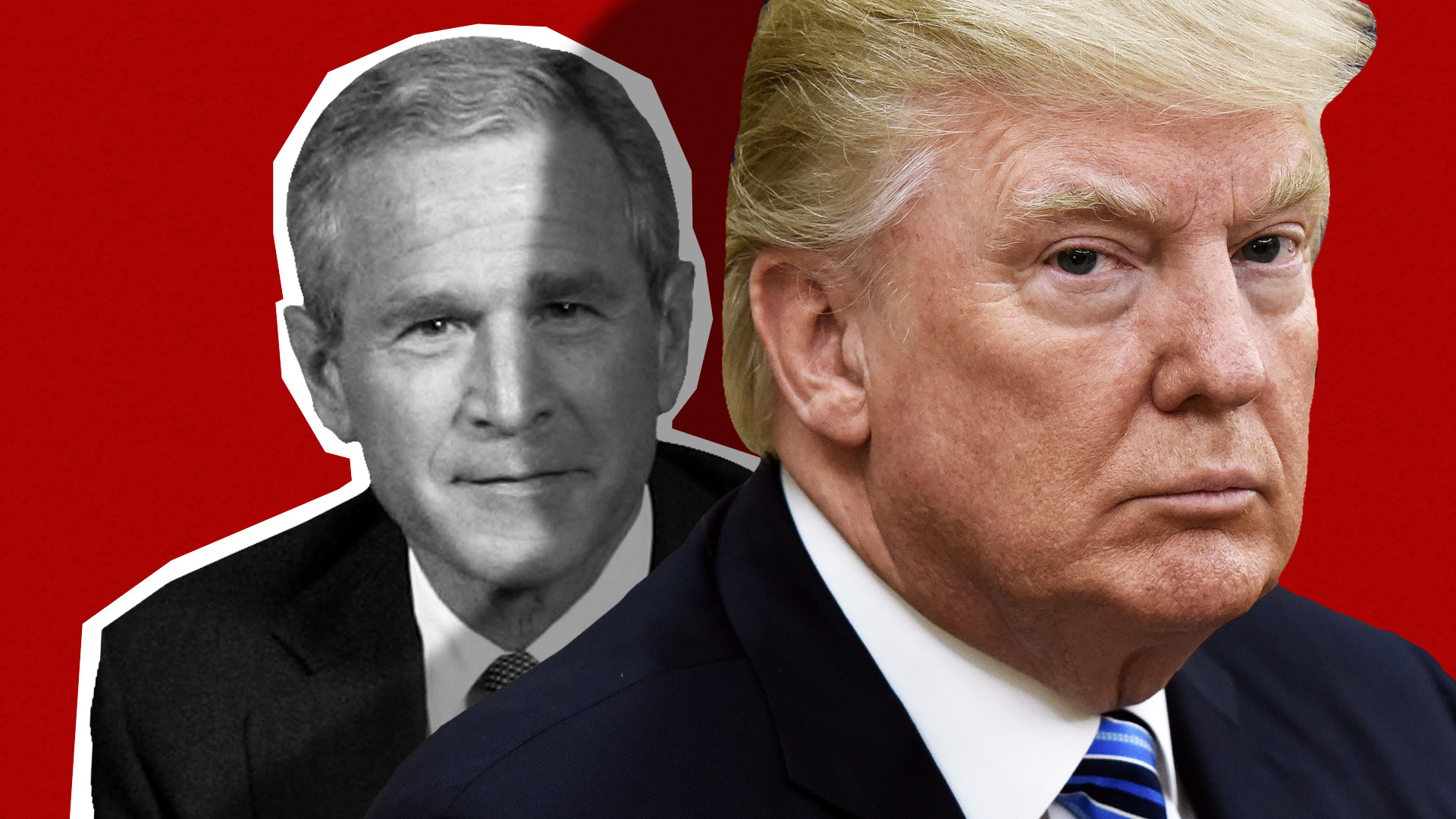 In a statement released late Wednesday through his Save America PAC, Trump slammed Bush and his longtime political adviser Karl Rove for endorsing “warmongering and very low polling, Liz Cheney.”

“Bush is the one who got us into the quicksand of the Middle East and, after spending trillions of dollars and killing nearly a million people, the Middle East was left in worse shape after 21 years than it was when he started his stupidity,” Trump said.

He added that the conflict “ended with Biden’s most embarrassing in history withdrawal from Afghanistan.”…read more.