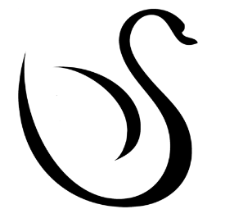 I attended an investment conference about five years ago in a first-class resort on the beach in a southeastern state.  The money spent on attendees and environment was impressive indeed (the newsletter firm clearly cared for, and did a great job in keeping, its customers).  It was sponsored by a big-named newsletter house whose head guy was, and unfortunately still is, a very brash and cocky promoter—you would all know his name (fyi I never worked for him; I was a simply guest speaker who bombed with the crowd).  I watched in awe at his ability to say anything he wanted to his audience of sycophantic newsletter subscribers, no matter how foolish; they just ate it up (crowd dynamics is a scary thing).  They loved it in fact; even though I thought our brash hero was injecting a large dose of hyperbolic BS into his speech.  This proves I know very little about how to properly market a newsletter.

I guess I remember this incident so well because of specifically one of the things this guy said when he launched into his expected dollar hate/doom segment: “The US dollar will be gone before my kids attend college.”  He really meant gone.  We would have a new monetary system and dollars would be history.  Of course the dollar doom crowd in attendance (almost all), just loved it.

I kept thinking as I watched this show: 1) Either this guy doesn’t have kids; or 2) they will never be attending college; and 3) if the dollar just goes away as he said, this crowd had better be building bunkers and start sharpening their gold to use as weapons in preparation.

It was at that moment I finally realized, viscerally, many people want to be validated in their investment beliefs first and foremost.  Performance and reality are secondary concerns.  The two best asset classes defining this odd validation paradigm are gold and the US dollar.  There seems a religious zeal to the belief gold has to go up and the dollar has to go down.  It really is cult like.  It is why these two asset classes are the ones the newsletter world loves to promote, i.e. create outlandish stories around, in order to get subscribers.  But the newsletter world’s perennial bullishness on gold and bearishness on the dollar doesn’t seem to be working out too well, does it.  But you just wait because once the ubiquitous “they” stop manipulating the gold price it will spike above $2,000; and once the New World order allows it, the dollar will be replaced by the Chinese yuan.  You just wait and see. J

I share this seemingly widespread belief in coming dollar doom as a preface to this: A monetary system based around the US dollar has been messy and has led to major global imbalances–agreed.  It is no substitute for the original gold standard and degree of discipline by central banks during that era (a bygone era when capital was far superior to labor and CBs cared about their currency values).  But we are in a new era where all is possible through the issuance of credit, don’t you know (which was actually marked by the establishment of the Federal Reserve Bank back in 1913—credit for the US oligarchs to benefit mightily from the coming war).  Despite all its warts, the dollar as reserve currency has served the world pretty well.

But what is most interesting, as many fret over the dollar’s future, given the lack of global cooperation now, the breakdown of the Washington Consensus and the potential for a complete reversal of globalization, the US dollar as the world reserve currency is actually becoming increasingly dominant and will likely be with us for many years to come—well past the time when my four beautiful grandchildren (more on the way I suspect) attend college.  [Sorry, I couldn’t resist.]

Would John Maynard Keynes idea of a “bancor” been a better path to take for the global monetary system during the Bretton Woods agreement back in 1944?  Most likely, yes.  But President Roosevelt’s favorite local house commie—Harry Dexter White—who led the US delegation at the Bretton Woods hotel had is way with the Englishman and prevailed.  Thus it set the stage for the dollar as a substitute for gold (which it was never designed given the US domestic “needs” and irresponsibility of the US government and cheating and reneging by the European governments who were supposed to revalue against the dollar to keep Bretton Woods viable).  The breakdown of Bretton Woods of course led to a severing of the link between the dollar and gold thanks to President Richard Nixon in 1971; it ushered in what we have now—a float rate regime of fiat currency that is supposed to be driven by supply and demand factors.

This gets us to the Triffin’s Revenge part.  I have shared this before, but will do again as understanding Triffin is important to understanding the US dollar a world reserve currency cuts both ways and has been no picnic for the US to maintain.  This section actually comes from our updated Dollar Special Report from October 2013 linked here in case you missed it:

[Also the dramatic improvement means US demand for goods is leaving the market.  This is exerting huge pressure on China and other major exporters dependent on US consumption.]

When US dollars drains from the global system (evidenced by an improving current account deficit in the United States, i.e. money coming back to the center), especially following years of easy credit and bubble building, bad things happen to asset markets. The improvement in the current account deficit in 1987 preceded:

The improvement in the current account deficit in the 2006 preceded:

…helping to trigger the beginning of a multi-year bull market in the US dollar.

Also keep in mind that during the “free credit” era preceding the credit crunch from 2000-2007, the dollar was effectively the carry currency in what was known as the “risk on” trade.  This effectively said growth opportunities abound internationally and commodities are in a massive bull market thanks to Chinese demand, so get out of dollar and own emerging markets and commodities investments.  That trend came to an abrupt halt when the credit crunch hit. The game has changed.

In summary, as the US current account improves and as more and more foreign direct investment flows to the United States (net plus $6.8 trillion to the US since the credit crunch), dollar credit (added to the globe because of US current account deficits—the role of the reserve currency) is draining from the world.  This is dollar bullish on supply alone, but it could turn into a stampede when you consider the growing demand:

In a world where final demand is still tepid, supply abundant, and the wrecking ball of global rebalancing swings widely, if US growth slows its policy makers could decide to stop accepting the world’s volatility and start limiting purchases of US paper by international players, and raise tariffs to protect themselves as others race to devalue during this dollar bull move.  If that happens, or in expectation of that happening, there would likely be a flood of global capital racing back from the periphery into dollars before the barn door is closed.  I am not saying this will happen, but expectations tend to drive money flow.

Keep in mind globalization is not a self-fulfilling prophecy.  It requires work and cooperation on the part of the major players. I think an objective observer would say, based on global trade flow and the breakdown in global trade negotiations (Europe and Asia), and the political tensions building among the major powers, globalization is now reversing. This is bad news for the global economy and risk assets, i.e. stocks; but perversely good news for those with a long-term bullish view on the US dollar.

Note: You can find our occasional posting of forex view, sent first to our subscribers of our Black Swan Forex service, posted on our site here.  Presently and cautiously, we have been playing for a correction in EUR/USD and USD/JPY…you can find our recent daily view at the site.  We also send these charts automatically to our Twitter, Linked In and Facebook pages.