Triffin’s Paradox Revisited: Crunch-Time for the U.S. Dollar and the Global Economy

Posted by Of Two Minds 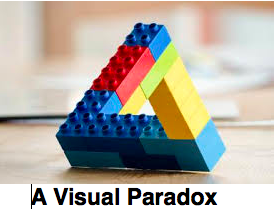 The reality is that we’re one panic away from foreign-exchange markets ripping free of central bank manipulation.

While all eyes on fixated on global stock markets as the measure of “prosperity” and “growth” (or is it hubris?), the larger force at work beneath the dovish cooing of central bankers is foreign exchange: the relative value of nations’ currencies, which are influenced (like everything else) by supply and demand, which is in turn influenced by interest rates, perceived risk, asset purchases and sales by central banks and capital flows seeking the lowest possible risk and the highest possible return.

Which brings us to Triffin’s Paradox,

The Panama Papers: This Is the Consequence of Centralized Money and Power April 6, 2016