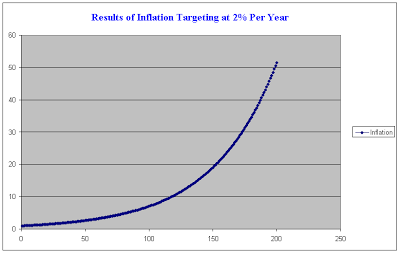 Inquiring minds with extra time on their hands this morning (May 23rd) g are plodding through the Full Transcript of Bernanke’s Testimony To Joint Economic Committee, U.S. Congress looking for the usual collection of half-truths, distortions, and outright lies it usually contains.

Here are some point-by-point statements by Bernanke with my comments immediately following each set of statements.

Bernanke: Conditions in the job market have shown some improvement recently. The unemployment rate, at 7.5 percent in April, has declined more than 1/2 percentage point since last summer. Moreover, gains in total nonfarm payroll employment have averaged more than 200,000 jobs per month over the past six months, compared with average monthly gains of less than 140,000 during the prior six months.

Mish: What Bernanke failed to say is real wages are anemic and the Fed’s low interest rate policy is making it easy for corporations to borrow at excessively low rates and use the money to invest in hardware and software robots to fire workers. Excessively low rates also punish savers and those on fixed income.

Bernanke:  Payroll employment has now expanded by about 6 million jobs since its low point, and the unemployment rate has fallen 2-1/2 percentage points since its peak.

Mish: Even if those were all full-time jobs, this was a very anemic recovery by historic standards.

Bernanke: Despite this improvement, the job market remains weak overall: The unemployment rate is still well above its longer-run normal level, rates of long-term unemployment are historically high, and the labor force participation rate has continued to move down. Moreover, nearly 8 million people are working part time even though they would prefer full-time work. High rates of unemployment and underemployment are extraordinarily costly: Not only do they impose hardships on the affected individuals and their families, they also damage the productive potential of the economy as a whole by eroding workers’ skills and–particularly relevant during this commencement season–by preventing many young people from gaining workplace skills and experience in the first place.

Mish: That is a reasonably accurate set of statements but nowhere does the Fed admit its role in creating those conditions with its boom-bust, moral-hazard monetary policies.

Mish: The fiscal deficit is high because of perpetual overspending by Congress on top of the Fed’s boom-bust, moral-hazard monetary policies.

Bernanke: Consumer price inflation has been low. The price index for personal consumption expenditures rose only 1 percent over the 12 months ending in March, down from about 2-1/4 percent during the previous 12 months. This slow rate of inflation partly reflects recent declines in consumer energy prices, but price inflation for other consumer goods and services has also been subdued. Nevertheless, measures of longer-term inflation expectations have remained stable and continue to run in the narrow ranges seen over the past several years. Over the next few years, inflation appears likely to run at or below the 2 percent rate that the Federal Open Market Committee (FOMC) judges to be most consistent with the Federal Reserve’s statutory mandate to foster maximum employment and stable prices.

Mish: The Fed has no idea what inflation is or why because the Fed ignores asset bubbles in stocks, in bonds, and in houses. It uses fatally flawed definitions of inflation, inaccurately measured at that.

Berrnanke: Over the nearly four years since the recovery began, the economy has been held back by a number of headwinds. Some of these headwinds have begun to dissipate recently, in part because of the Federal Reserve’s highly accommodative monetary policy. Notably, the housing market has strengthened over the past year, supported by low mortgage rates and improved sentiment on the part of potential buyers. Increased housing activity is fostering job creation in construction and related industries, such as real estate brokerage and home furnishings, while higher home prices are bolstering household finances, which helps support the growth of private consumption.

Mish: Housing sentiment has indeed improved, but that is of course what happens when central banks artificially suppress rates with the purposeful intention of creating asset bubbles, not to help consumers, but to bail out banks still stuck with housing inventory they need to unload.

Mish: At best, that’s a start. And it fails to address untenable union wages and benefits and absurd collective bargaining agreements of public workers.

Bernanke: At the same time, though, fiscal policy at the federal level has become significantly more restrictive. In particular, the expiration of the payroll tax cut, the enactment of tax increases, the effects of the budget caps on discretionary spending, the onset of the sequestration, and the declines in defense spending for overseas military operations are expected, collectively, to exert a substantial drag on the economy this year. The Congressional Budget Office (CBO) estimates that the deficit reduction policies in current law will slow the pace of real GDP growth by about 1-1/2 percentage points during 2013, relative to what it would have been otherwise.

Mish: It is preposterous to whine about pissy cuts in spending when the cuts have all been back-end loaded, and there are no real cuts in the first place. Congress did not really cut anything. It decreased the amount of expected budget increases and called that a cut.

Bernanke: In present circumstances, with short-term interest rates already close to zero, monetary policy does not have the capacity to fully offset an economic headwind of this magnitude.

Mish: Headwinds? From non-existent cuts? From a rollback of tax cuts that should never have happened in the first place?

Bernanke: Although near-term fiscal restraint has increased, much less has been done to address the federal government’s longer-term fiscal imbalances. Indeed, the CBO projects that, under current policies, the federal deficit and debt as a percentage of GDP will begin rising again in the latter part of this decade and move sharply upward thereafter, in large part reflecting the aging of our society and projected increases in health-care costs, along with mounting debt service payments. To promote economic growth and stability in the longer term, it will be essential for fiscal policymakers to put the federal budget on a sustainable long-run path.

Mish: Note the blatant hypocrisy of Bernanke whining about non-existent cuts and about tax rollbacks the country could not afford, while warning Congress that something must be done to put the federal budget on a sustainable long-run path.

Bernanke: Importantly, the objectives of effectively addressing longer-term fiscal imbalances and of minimizing the near-term fiscal headwinds facing the economic recovery are not incompatible. To achieve both goals simultaneously, the Congress and the Administration could consider replacing some of the near-term fiscal restraint now in law with policies that reduce the federal deficit more gradually in the near term but more substantially in the longer run.

Mish: Yeah, right. Like what? Of course that’s not his problem. He just begs Congress to kick the can down the road, which of course is all the Fed ever does too, while ignoring every asset boom-bust cycle along the way.

Bernanke: With unemployment well above normal levels and inflation subdued, fostering our congressionally mandated objectives of maximum employment and price stability requires a highly accommodative monetary policy. Normally, the Committee would provide policy accommodation by reducing its target for the federal funds rate, thus putting downward pressure on interest rates generally. However, the federal funds rate and other short-term money market rates have been close to zero since late 2008, so the Committee has had to use other policy tools. The first of these alternative tools is “forward guidance” about the FOMC’s likely future target for the federal funds rate.

Mish: Got that? Forward guidance is supposedly a tool. In reality, the Fed is totally clueless about the economy, about housing, about jobs, and about where interest rates should be (as directly evidenced by repeat bubble-blowing exercises).

Bernanke: The second policy tool now in use is large-scale purchases of longer-term Treasury securities and agency mortgage-backed securities (MBS). These purchases put downward pressure on longer-term interest rates, including mortgage rates. For some months, the FOMC has been buying longer-term Treasury securities at a pace of $45 billion per month and agency MBS at a pace of $40 billion per month. The Committee has said that it will continue its securities purchases until the outlook for the labor market has improved substantially in a context of price stability. The Committee also has stated that in determining the size, pace, and composition of its asset purchases, it will take appropriate account of the likely efficacy and costs of such purchases as well as the extent of progress toward its economic objectives.

Mish: Note the dual mandate nonsense of jobs and inflation. It is impossible for bureaucrats and central planners to target one factor of the economy accurately. Two is insane. Yet, price stability is easy enough to achieve. Simply get rid of the Fed and fractional reserve lending. Here are some links on the absurdity of dual mandates.

Bernanke: At its most recent meeting, the Committee made clear that it is prepared to increase or reduce the pace of its asset purchases to ensure that the stance of monetary policy remains appropriate as the outlook for the labor market or inflation changes.

Bernanke: In the current economic environment, monetary policy is providing significant benefits. Low real interest rates have helped support spending on durable goods, such as automobiles, and also contributed significantly to the recovery in housing sales, construction, and prices. Higher prices of houses and other assets, in turn, have increased household wealth and consumer confidence, spurring consumer spending and contributing to gains in production and employment. Importantly, accommodative monetary policy has also helped to offset incipient deflationary pressures and kept inflation from falling even further below the Committee’s 2 percent longer-run objective.

Mish: What a bunch of self-serving nonsense. Higher asset prices have primarily benefited the wealthy. For discussion, please see Who Won? the 93% or the 7%? Why?

Moreover, Bernanke does not understand the simple math of 2% inflation over time. When wage growth does not keep up, and it hasn’t, huge economic distortions arise along with dependency on food stamps, disability, and other programs. In short, 2% stability, is very destabilizing. I spoke about this at length in Fallacy of Inflation Targeting.

Here is the key chart. Over time, prices rise, but wages for the masses do not. Worse yet, Bernanke’s cheap money philosophy makes matters worse because it encourages businesses to invest in hardware and software robots that will enable companies to fire more workers.

There are no benefits of artificially low rates, at least to the average worker.

Bernanke: That said, the Committee is aware that a long period of low interest rates has costs and risks. For example, even as low interest rates have helped create jobs and supported the prices of homes and other assets, savers who rely on interest income from savings accounts or government bonds are receiving very low returns. Another cost, one that we take very seriously, is the possibility that very low interest rates, if maintained too long, could undermine financial stability. For example, investors or portfolio managers dissatisfied with low returns may “reach for yield” by taking on more credit risk, duration risk, or leverage.

Mish: The committee would not recognize risk if it jumped up and spit in Bernanke’s face. Low interest rates have already undermined future financial stability by encouraging “reach for yield” excessive credit risk, duration risk, and leverage.

Bernanke: Because only a healthy economy can deliver sustainably high real rates of return to savers and investors, the best way to achieve higher returns in the medium term and beyond is for the Federal Reserve–consistent with its congressional mandate–to provide policy accommodation as needed to foster maximum employment and price stability. Of course, we will do so with due regard for the efficacy and costs of our policy actions and in a way that is responsive to the evolution of the economic outlook.

Mish: Bernanke took one last opportunity to hide behind a ridiculous dual mandate while turning a blind eye to the destabilizing asset bubbles it creates.