There’s a big message in how to invest and trade the markets in the movement of energy. Learn it or miss out. Trading Desk Notes brought to you by Victor Adair! 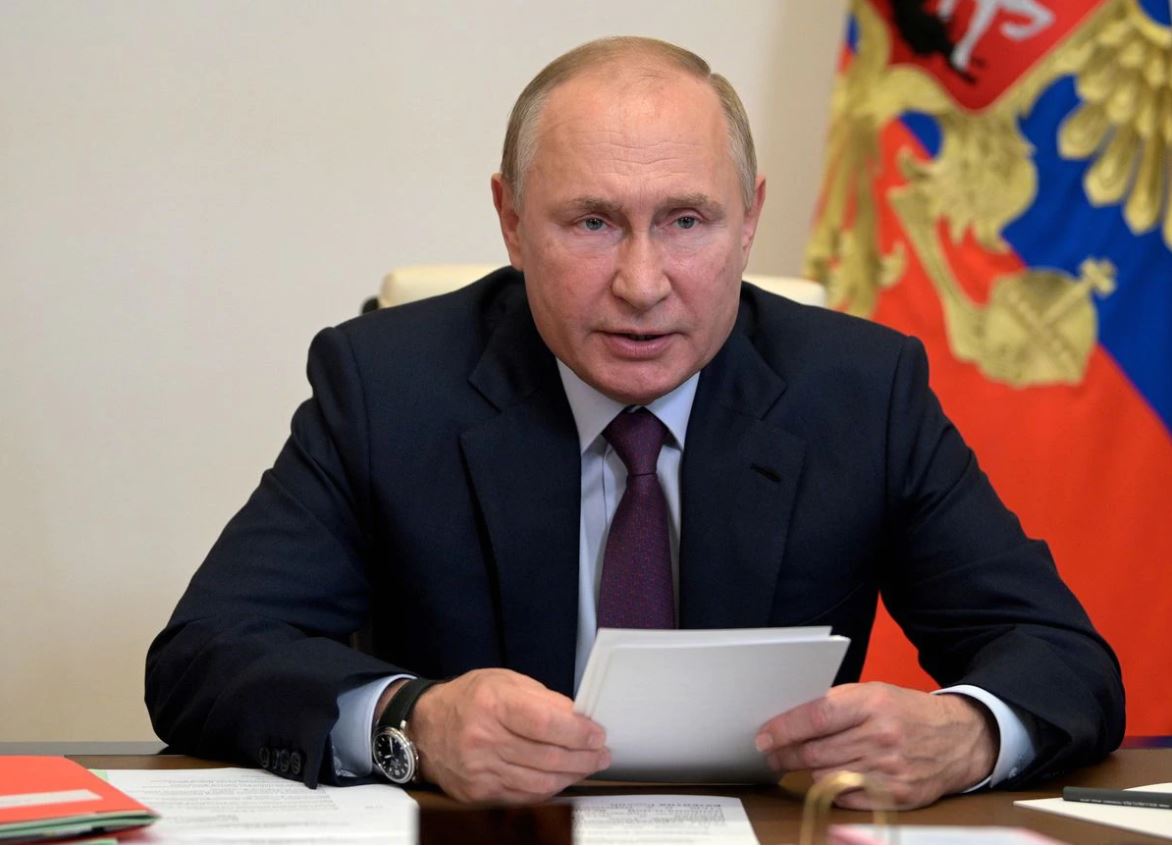 The Chart Of The Week is UK Natural Gas. Nearby futures hit All-Time highs in August – then quadrupled from there by early this week – only to fall in half by Friday (Putin indicated that Russia could increase supply.)

New York Natural Gas nearby futures more than quadrupled from last year’s lows – more than doubled since June. North American Natgas prices are less than half European and Asian prices, but there is no easy Arb – there is not enough capacity to move LNG across the oceans to balance the different market prices. (So – don’t buy NY Natgas just because European Natgas is going ballistic – they are two very different markets.)

WTI nearby futures have rallied nearly 30% in the last seven weeks – hitting $80 for the first time in seven years.

Even “dirty” coal has soared in price this year. China ordered local producers to ramp up production and decided to start buying coal from Australia (after banning Aussie coal earlier this year.) India, where 60 -70% of total electrical generation comes from coal-fired plants, is desperately short of coal.

High prices are the best remedy for high prices

High prices (usually) dampen demand and bring forth supply. OPEC+ had the opportunity to raise their production quotas by more than the pre-planned 400,000BBL at their last meeting – but they didn’t. However, it’s easy to imagine that some OPEC+ producers will ramp up production. Canada is increasing exports to the US (chart below in the section on the CAD.) American frackers, funded with private equity, will increase production, and high prices will dampen demand – in the short term.

These folks want to stop the use of fossil fuels. They want governments around the world to set firm timelines to ban the use of FF. They believe that the dangers from climate change are significant enough to warrant a “transition” to non-FF energy sources that will be disruptive, messy, volatile, incredibly expensive and inflationary.

Pension funds (including the BIG ones in Canada) are dumping FF investments according to their ESG mandates. People who don’t mind social disapproval may see this as an opportunity – if they think that FF supply shortages, relative to demand, will take FF prices higher during the global energy “transition” period.

The yield on the US 10Y Treasury ended the week at a 4-month high of 1.61% – up ~40 bp from the YTD lows made in August. Rising inflationary pressures, rising prices of tangible goods (commodities, real estate) and the likelihood of less Fed “Q” in the future pressured bond prices. For the last few weeks, stocks and bonds have both trended lower.

This is a chart of the long bond futures contract at the CBOT. Falling prices mean rising yields.

This is a chart of the famous 2-Billion Euro 100-year bond issued by Austria last year with a yield (at issue) of 0.88%. As interest rates have inched higher, prices on this bond have plummeted! Longer duration bonds make more “dynamic” price moves than shorter-duration bonds.

Stock indices hit a low early in the week and bounced

The Nasdaq (with a heavy weighting of long-duration tech stocks) has been the weakest of the major indices the past few weeks, but all of the major North American indices are down from their recent All-Time highs.

The US Dollar Index remains near 1-year highs

The USD has been strong against the Euro and the Yen the past few weeks. The CAD and the NOK have rallied against the USD on higher oil prices.

The CAD traded above 80 cents on Friday for the first time in two months as the Canadian September employment report was much stronger than the American report. Rising energy markets and rising commodity indices have also given the CAD a boost. Interest rates are higher in Canada than in the US, and the BoC looks set to continue with its tapering program. (Can 5Yyields = 1.26%, US 5Yyields = 1.06%.)

The new Enbridge Line 3 oil pipeline from Alberta to Wisconsin has begun operation and will significantly increase Canada’s ability to generate revenue from exporting crude to the USA. This increase in crude exports should be positive for Canada’s trade balance and, therefore, another boost for the CAD.

The only position I carried over from last week was long AUD calls. I closed the trade for a slight loss Friday. When I closed the trade, the AUD was about 20 ticks higher than when I entered the trade but time decay over the past two weeks resulted in a loss. I had been looking for the AUD to trade towards 74 cents (booming commodity markets and a nice double bottom), but it wasn’t happening, so I hit the sell button – the trade wasn’t working.

Part of my thinking on the AUD trade was that speculators were record short of the AUD – if it started to rally, those shorts might begin to cover, which could accelerate the rally. I may look for another opportunity to buy the AUD.

Last week, in the “On my radar” section, I wrote that the strong rebound in the stock indices on Friday, October 1, may have signalled the beginning of a bounce. I bought the S+P on Monday after the market dropped ~60 points from Friday’s close. I had a reasonably tight stop that nearly got hit overnight, but the trade looked great once the Tuesday day session began. I moved my stops higher to lock in a modest profit.

At Tuesday’s best levels, I was ahead ~70 points, and I thought if the market rallied above Friday’s strong close that it could run higher. I had to stay with the trade.

The market fell back from that 70 point gain late in the day, weakened more overnight, and stopped me out for only a 16 point gain.

I bought the S+P and the Nasdaq 100 mid-day Wednesday after the market had recovered from overnight lows and sold those positions for a decent gain on the Thursday opening. I ended the week flat. My P+L was up ~0.75% on the week.

The popular thinking seems to be that inflation is running hotter than the Fed expected and will not be transitory. Inflationary pressures are coming from re-opening demand and supply chain shortages and the effects of “too much” monetary and fiscal stimulus. I wonder how much of that “popular thinking” is already in the price.

I’m happy to start next week with no position and watch price action with an open mind, but my bias is that the “energy crisis” headlines are the sort of thing that happens just before a correction.

I watched several excellent video interviews on Hedgeye this week that got me re-thinking my position on China. Is it possible that China is “fragile” in the Nassim Taleb sense of the word? The government is obsessed with control – and the market tends to believe that the Chinese government gets what it wants (at least within China.) What if that’s not true? Real estate accounts for ~70% of retail investment. The astonishing growth in China over the past 20 years has been debt-financed.

Does the ROW want to have less to do with China? Do you want to put your money / your people into China? (Think hostage diplomacy.) Does China want to have less to do with the ROW? China has been a big part of global GDP (and a HUGE part of commodity demand), but what if Xi leads China to withdraw (somewhat) into itself? What if the “China is going to take over the world” story is based upon a Potemkin Village?

Thinking about China in this way reminds me of how Japan was going to take over the world in the late 1980s – and didn’t. The parallels to today’s China may be weak on specifics, but I’m thinking in terms of market psychology, and we’ve seen this movie before.

His term is up at the end of January 2022 – Biden will soon have to re-appoint him or nominate someone new. If he is not re-appointed, then his replacement will likely be even more dovish on monetary policy (and more hawkish in terms of regulation.) In one of those Hedgeye interviews, Grant Williams wondered if maybe the Dems want to remake the Fed like Trump transformed the Supreme Court. Powell looked like a sure thing a couple of months ago, but with the trading scandals and Elizebeth Warren scolding him, maybe he’s a 50/50 bet now.

This photo and caption are from The Macrotourist.

I spend a lot of time reading opinion pieces and research reports, watching market videos and listening to podcasts – but I’m not looking for buy and sell recommendations. I’m hoping to get an idea that will start me thinking about a market in a way that is new to me – an idea that will have me asking myself, “Where’s the trade?”

The problem with buy/sell recommendations is that they are only a tiny part of the trading process. There is SO much more to trading! For instance, How much do you buy? When do you buy? How do you execute the trade? What is your time horizon? What is your risk tolerance? What do you do as time passes and the market changes? What gets you out of the trade? Does the trade create a concentration problem?

I can spend a lot of time doing these things and not find any good trading ideas. I’m ok with that. It’s part of my trading process.

Last week I wrapped up the Notes with a few quotes from my notebook. I’ve got 100s of quotes that I’ve collected over the years – maybe the quotes will become a regular feature.

Research is essential, but the tactics you use around the research are what makes money. Bill Fleckenstein RTV Jan 2020 (My comment: What you do with a trade once you have it on is more important than what got you into the trade in the first place.)

You gotta know when to be a pig. Stan Druckenmiller (I think that quote was in the first Market Wizards book. 1989.) (My comment: sometimes you have to step up your size. Rarely, but sometimes.)

Too many hedge funds are simply leveraged beta masquerading as alpha. Kevin Muir The Macrourist 2015 (My comment: Hedge funds travel in packs.)

It’s not a question of enough, Pal. It’s a zero-sum game. Someone wins. Someone loses. Money itself isn’t lost or made; it’s simply transferred from one perception to another. Gordon Gekko, Wall Street 1987 (My comment: I love this quote! Perceptions change. The trader with the correct perception, for that point in time, wins.)