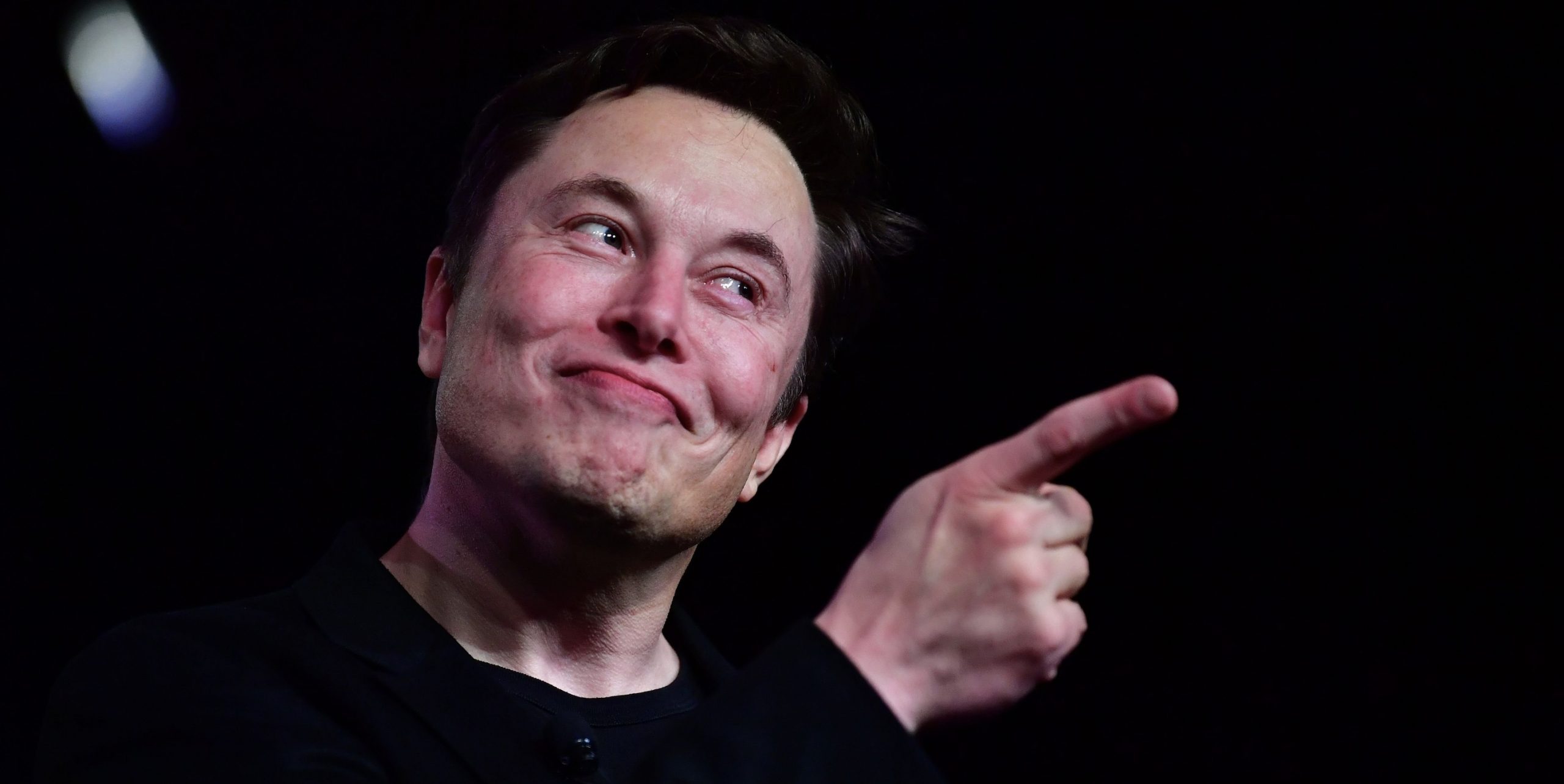 Speculators in the gold futures market were net long a modest-sized position (relative to their position the past few years) as of Oct 26. I expect there has been a substantial increase since!

Short-term US interest rates spiked on the news. The Eurodollar futures contract trades at a discount to par, so falling prices on this chart indicate rising interest rates.

This next chart shows the spread between the Dec 2021 and the Dec 2022 Eurodollar contract. As recently as early October, the Dec 2022 contract was only a 30 point discount to Dec 2021 (implying that short rates come Dec 22 would only be 30 bps higher than Dec 21), but the spread has “gone out” to ~ 70 points in the last six weeks as s/t interest rates have been rising sharply on expectations that persistent and rising inflation would “inspire” the Fed to raise rates next year (at least 2 x 0.25%.)

Bond yields jumped (prices fell) on the CPI number – but the pressure was greater on the short end of the yield curve.

The US Dollar soared against (essentially) all other currencies on the CPI report, with the benchmark US Dollar Index ending the week at a 16-month high. The USDX has rallied nearly 7% from the January 6, 2021 nadir (a 32-month low), which I have previously described as a cathartic inflection point (the day the mob stormed the Capitol Building in Washington, DC.)

It is unusual to see gold and the USD both rising at the same time. (A geopolitical scare may cause this to happen as capital seeks safety in both gold and the USD.) Perhaps gold traders were thinking of, “inflation hedge,” while FX traders assumed that the CPI report would push the Fed to be much more hawkish than other central banks. Or, perhaps, the drop in real yields to historic lows inspired gold traders to bid aggressively for gold, regardless of the strong Dollar.

This chart shows the relationship of gold (black bars) and real yields (yellow = 5-year tenor, blue = 10-year tenor.) In late 2018 real yields for both tenors were positive ~1.15%, but now 5-years are negative ~1.83%. It is a “busy” chart, but it illustrates that falling real yields are generally positive for gold.

Prices on the TIPS (Treasury Inflation-Protected Security) chart rally as real interest rates fall. This chart shows that real rates have fallen sharply in November (as inflation metrics rose.) The CPI report created the spike at the top of the chart as real rates dropped to record (negative) lows.

The S+P, DJIA and NAZ dropped to a one-week low late Wednesday, but they had little immediate reaction to the CPI report.

Inflation – transitory – or not?

As recently as last week’s Fed meeting, Chairman Powell maintained that inflationary pressures were a little stronger and lasted a little longer than the Fed had expected – but their baseline view was that the inflationary surge would prove to be transitory. Given that, the Fed was not anticipating higher interest rates during the next 12 months.

Many analysts are expecting the Fed to raise rates in 2022. The futures market is pricing in at least two interest rate increases (25 bps) next year. On Friday, the University of Michigan reported that “Consumer sentiment fell in early November to its lowest level in a decade due to an escalating inflation rate and the growing belief among consumers that no effective policies have yet been developed to reduce the damage from surging inflation.”

President Biden has declared that “Reversing this trend is a top priority for me.” Leading Republicans are blaming Biden’s economic policies for the surge in inflation – too much government stimulus.

Will there be a “fall guy,” and will it be Jay Powell? Powell’s term as Fed Chair ends in February. Biden has indicated that he will decide whether to re-appoint Powell before Thanksgiving (November 25.) If Powell is replaced, the new Chair will probably be either more dovish and/or tougher regarding regulations. What will that do to the markets you trade?

There is a school of thought that the Dems will try to “re-shape” the Federal Reserve during Biden’s term (like the Republicans “re-shaped” the Supreme Court during Trump’s term) to make it more “in-line” with the progressive agenda. Throwing Powell under the bus might give Biden some negotiating points with the progressive wing of the Democratic party – those folks haven’t been winning much lately.

The Canadian Dollar rallied ~4 cents from the Sept lows (7750) to the October highs (8150), as stock and commodity markets were strong. The CAD rallied following the more-hawkish-than-expected Bank of Canada meeting on Oct 27 but has dropped ~ 2 cents since then as commodities (especially crude oil) have weakened and as the USD has rallied against nearly all currencies.

I started this week with two positions I established last Friday: long the Yen and short the S+P. Both trades went nicely in my favour early this week (showing decent profits), and I moved my stops to reduce P+L risk. I was stopped on the Yen for a tiny loss on Wednesday when the USD soared following the CPI report. I was stopped on the S+P for a small gain on Friday as stock indices rallied back from Wednesday’s lows.

It is frustrating to see decent (unrealized) profits turn into small losses or only modest gains. (There is always that “little voice” that asks, “Why didn’t you exit the trade with a good profit when you had the chance?”)

My answer to that question, for both the Yen and the S+P, is that my time frame, when I established the trades, was for a potentially bigger move – that even though the positions were showing a nice profit, I had to “stay with the trade,” rather than taking a quick profit. I had to give the trade a chance to develop into a much bigger gain. (See Quotes from the Notebook below.)

I have no open positions at the end of the week. My P+L for the week was essentially flat.

For the past couple of weeks, I’ve been looking for opportunities to fade “irrational exuberance,” especially in the equity markets. I thought the breakdown in Tesla this week might trigger a breakdown in the broader indices after its spectacular run higher the past few weeks. At Wednesday’s close, I thought there was a good chance prices could develop downside momentum. But – that didn’t happen this week.

From a longer-term perspective, if the major indices fall below their late September / early October lows, downside momentum may develop.

I will continue to look for opportunities to short equities, but I’m disappointed that my “obsession” with “irrational exuberance” has kept me from looking at opportunities in other markets. For instance, I’ve generally been bullish on the USD, but I haven’t “put on the trade.”

Last week I wrote about why I read so much research, listen to podcasts and watch videos. I’m not looking for specific “buy this – sell that” recommendations – I’m looking to get an idea; to see a market from a different point of view, that will cause me to think, “If that’s the case, then the trade to make will be X.”

For example, I remember hearing Martin Armstrong say (probably in 1984) that the DJIA was making new All-Time highs – in US Dollar terms, but not in Swiss franc terms. It had never occurred to me to think of the DJIA in terms of Swiss francs – but I realized that people who thought about investing from an international perspective definitely did – and if the DJIA were making new All-Time highs in all currencies, that would probably “draw” more money (from around the world) to the DJIA – and drive it even higher.

This happened “in spades” in the late 1990s during the “dot-com” boom. The US stock market was soaring, and capital flowed to the USA to participate in the boom. This accelerated the boom and drove the USD higher – a classic virtuous circle.

I have not wanted to make “buy this – sell that” recommendations on this blog because I believe that deciding to enter a trade is only a tiny part of successful trading – that what you do with a trade, once you have it on, is much more important. For instance, if I recommended that my readers buy X, with a stop at point Y and a profit target at point Z, that might be exactly how I see the market then. But as time passes, and new information arrives, and prices change, I will probably change my mind about what to do with the trade.

I have hoped that readers will get some ideas from this blog to help them with their own trading. They might get an idea for a specific trade or for a way to manage risks, or they might see an opportunity in a market they have never traded before.

Quotes from the Notebook

“It never was my thinking that made big money for me. It always was my sitting. Got that? My sitting tight! It is no trick at all to be right on the market. You always find lots of early bulls in bull markets and early bears in bear markets. I’ve known many men who were right at exactly the right time and began buying or selling stocks when prices were at the very level which should show the greatest profit. And their experience invariably matched mine–that is, they made no real money out of it. Men who can both be right and sit tight are uncommon.”

My comment: This is a classic. Edwin wrote Reminiscences as a Roman a clef about Jesse Livermore – the Boy Wonder from the bucket shops who made and lost fabulous fortunes several times. If you want to manage your own money as a trader/investor (as opposed to turning it over to someone else to manage for you), then I think you absolutely must read this book. It’s 100 years old, but the wisdom is timeless.

It seems to me that there are two ways to make more money trading: either trade bigger size or position for bigger moves. I’ve always been pretty good at taking losses quickly, but I’ve not been good at “sitting” with a winning trade. I’m going to try to get better at that.

If you like reading the Trading Desk Notes, please do me a favour and forward a copy or a link to a friend. Also, I truly welcome your comments. Would you please let me know if there is something you’d like to see included in the TD Notes? Thanks, Victor