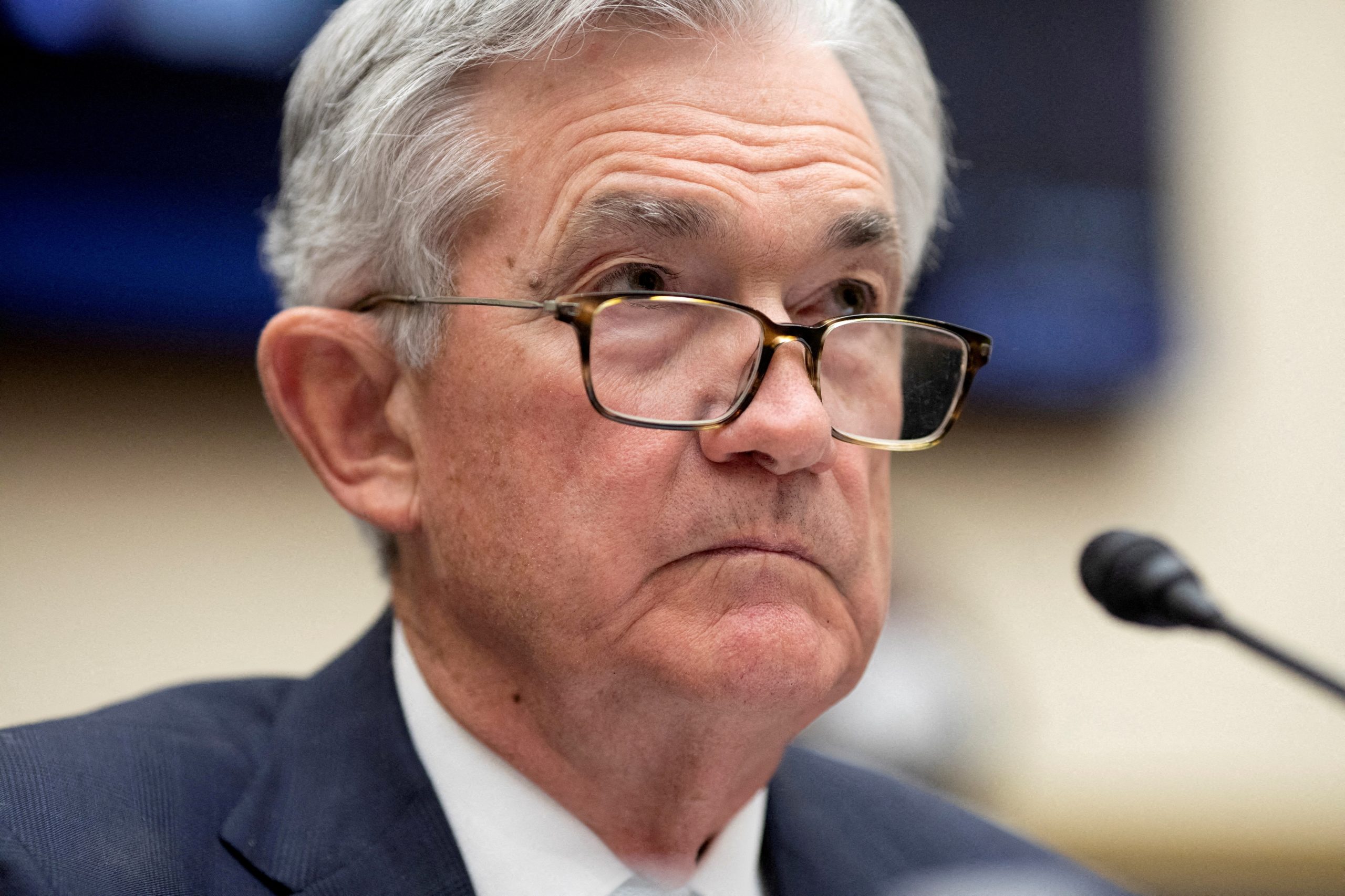 The Fed raised rates by 75bps and forecasts much more to come. The Swiss National Bank surprised markets with a 50bps raise (to minus 25bps), the BoE raised 25bps, the ECB indicated that they would likely raise by more than 25bps in July, and the BoJ stood pat. The Bank of Canada is expected to raise by 50-75bps on July 13.

Short-term price action this week in stock, credit, currency and commodity markets was wickedly choppy. The S+P is down ~24% YTD, the Dow is down ~19%, and the Vanguard Total Stock Market ETF is down ~25%.

The BIG questions about Central Banks

Have Central Banks entered a new (Volker-like) era after more than two decades of throwing money around? Is their resolve to “bring down inflation” strong enough to keep raising rates (and otherwise tighten monetary policy) as “stuff” breaks? Will they continue raising rates into a recession? If they have found “religion,” what will cause them to “back off”? (A stock market down 50%? A crash in real estate prices? Soaring credit spreads? Sharply higher unemployment rates?) Given that they were woefully late in abandoning their “transitory” views, will their timing be any better when markets cry “Uncle?”

The BIG questions for markets

Are Central Banks the driving force in markets or only the catalyst for an overdue “shakeout?” If Central Banks have found “religion,” does that mean that most of the metrics (especially valuation metrics) that have worked over the past two decades are now worse than useless? If Central Banks have entered a “new era” (think of Fed Chair William Martin and his notion of “taking away the punch bowl…”) will people (retail and institutional) who bought into Passive Investing start selling?

Has a recession already started?

It all depends on your time frame

For short-term traders, the cacophony of negative wailing is a temptation to BUY. For longer-term investors, the markdown in various assets has been a sobering reminder that they were not nearly as rich as they thought. Reality (Mister Market) is catching up to unsustainability (over-leveraged speculative excesses), and TINA has gone out of style.

The major indices have round-tripped to just above where they were when Biden’s election and the Pfizer vaccine announcement in November 2020 ignited the run-for-the-roses final rally in the 12-year bull market.

More speculative issues have had a more dramatic rise and fall.

The S+P futures fell ~13% (top to bottom) in the ten trading days from June 3 to June 16. This sharp decline has only happened on three different occasions in the last eleven years, and each time it was followed by a substantial rally. (But if we are in a new era of Central Bank behaviour, past performance is no guide to future performance.)

High-yield corporate bond prices have tumbled YTD. If this week’s closing level holds until month-end, it would be the lowest monthly close since the grim days of March 2009.

Forward Eurodollar futures contracts are pricing a sharp rise in short-term interest rates between now and March 2023, followed by a modest decrease. (these contracts trade at a discount to par – falling prices mean rising interest rates.)

The US Dollar Index made a 20-year high this week, up ~18% from what I had frequently described as an “inflection point” on January 6, 2021, when the Capital Building in Washington, DC, was under siege. (Think of Rothchild’s quote about buying when blood runs in the streets.)

Short-term volatility in the currency markets has been wicked over the past six weeks.

The bullish fossil fuels narrative (supply shortages) has been convincing, and capital has flowed into the “energy” markets – but what about demand? So far, “demand destruction” doesn’t appear to have happened, but markets discount the future, and the message coming from equity and credit markets may spark at least a correction in energy prices.

Gold has chopped sideways within a $75 range for the past six weeks as speculative interest continues to wane. A surging US Dollar and rising real interest rates are typically toxic for gold, so perhaps gold should be credited for “holding its own” lately.

The broad commodity indices (with a heavy energy weighting) may have created a bearish chart pattern: a failed breakout above recent resistance levels (~785) and a “lower high” (at 825) relative to the spike high in early March.

A few months ago, I asked the rhetorical question: “Will the Fed throw the stock market under the bus in their quest to bring down inflation.” So far, the answer is “Yes.”

I bought the S+P four times this week, looking for a bounce. I traded small positions and used tight stops, but the net loss to my P+L was ~0.5%. On Wednesday, Fed day, I was ahead by 100 points at the high of the day, and if I had taken profits, then I would have had a 0.5% gain for the week instead of a loss. I decided to stay with the trade because I thought the market could rally (it had traded at an 18-month low the day before.)

In retrospect (!) I broke my new “rule” about taking quick profits in a counter-trend trade (and “staying with” trades that were in line with the prevailing trend.)

I bought the Euro on Thursday, looking for it to break above the previous highs for the week (~1.0579.) It did, soaring about 100 points above my entry price. (I bought the Euro because it was rallying despite Europe being neck-deep in negative sentiment.)

Once again, I decided to stay with the trade, rather than take quick profits. There was double bottom (mid-May and mid-June) on the charts, and a break above the 1.07 support/resistance line could ignite a big rally. I raised my stop to limit losses, and it was elected on Friday, resulting in a P+L loss of 0.15%.

I sold OTM short-dated (one week) TNote puts on Monday, thinking that bonds were egregiously over-sold. VOL was near record highs. I covered the position later in the day for a P+L loss of 0.20%.

I re-entered the trade on Thursday when TNotes rebounded from the week’s lows (made on three consecutive days.) I’ve held that position into the weekend.

I added (cautiously) to my bullish TNotes trade on Friday by buying futures and writing short-dated OTM calls, and I’ve held the positions into the weekend. My net unrealized P+L on the TNote trades is ~+0.20%, and my net account P+L is down ~0.65% for the week.

Markets feel like they are at a “make or break” point.

As noted in the Equities section above, the S+P has only dropped >12% in ten days on three occasions since 2011, and it rebounded, big time, after each of those events. But if this is a “new Fed era,” the selling pressure may continue.

I think the market is pricing the Fed to tighten into a recession, which may already be dawning, and the economic slowdown will deepen quickly.

Thoughts on trading and risk management

I watched a fantastic video on Realvision TV this week with Mark Ritchie interviewing my friend, Peter Brandt.

Peter is my kind of trader in that he never “swings for the fences.” He believes that Job #1 for traders is to: Protect Capital. He sees trading as a job and is trying to build cash flow, not pick big winners.

Peter sees himself as a risk manager, not a trader. (Picture a prop trading firm. A bunch of traders are sitting in front of their screens, trying to make money by taking market risks. Behind them sits the risk manager. His job is to see that none of the traders blow up the firm. If a trader loses too much money, he gets a tap on the shoulder from the risk manager. Think of your account as a prop firm and yourself as the risk manager. Protect your capital.)

He is a technical “breakout” trader with a swing trading time horizon – a few days to a few weeks. He has also found that almost all of the trades that contributed to 80% of his profits started working immediately. (He put on the trade, and it immediately started making money.) Peter realized that it was essential to develop rules that allowed him to “stay with” a winning trade – to give it a chance to be one of the big winners that constituted 20% of his trades.

RealVision TV: I was a founding subscriber to RTV and also subscribed to some of their more expensive services. I interviewed Raoul on Moneytalks radio (Canada’s most popular financial talk show) and strongly recommended listeners subscribe to RTV. I was dismayed, however, when Raoul publicly declared to his audience (primarily millennials, I believe) that he was “irresponsibly long” crypto. I thought he was “irresponsible” to do that, given his “guru” status with his relatively unsophisticated audience.

I cancelled my RTV subscription but later re-subscribed. They have great interviews with excellent analysts and traders, and I tune out their relentless crypto bullishness.

Barney became part of our family in early November last year when he was eight weeks old. He grew like a weed for the next several months but seems to have levelled out around 60 pounds over the last six weeks. He used to gulp down his food but lately, he will eat some of it and, maybe, come back later and do a cleanup.

He loves to get outside and explore, and we always look for new places to take him. Recently I started taking him to a meadow (about 40 acres in size) with trails through tall grass. He loves it, and we play lots of hide-and-seek games in the tall grass.

If you like reading the Trading Desk Notes, please forward a copy or a link to a friend. Also, I genuinely welcome your comments, and please let me know if you’d like to see something new in the TD Notes.

Listen to Victor talk about markets

I’ve had a regular weekly spot on Mike Campbell’s extremely popular Moneytalks show for >22 years. The June 18 podcast is available at: https://mikesmoneytalks.ca.

You can listen to my 30-minute June 11 “This Week In Money” interview with Jim Goddard. Marc Faber and Ross Clark are also on that week’s podcast.