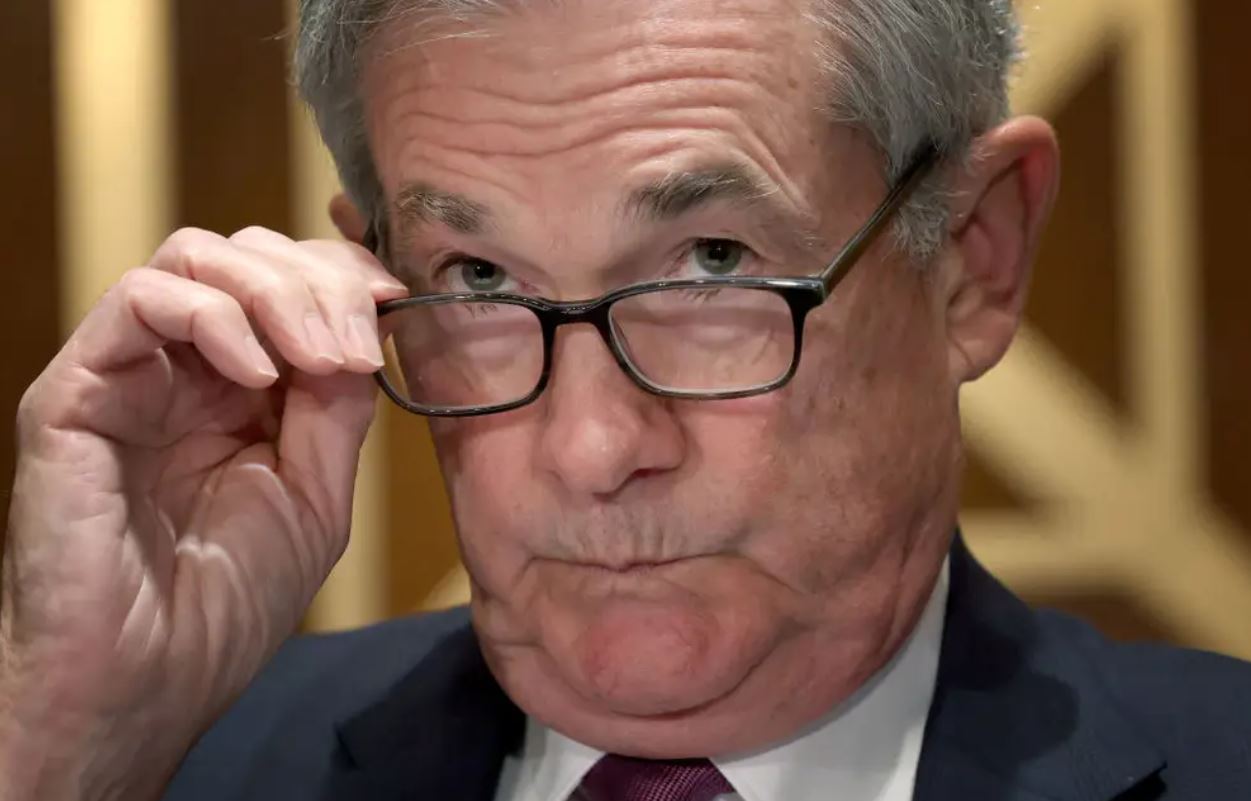 On January 15, the lede for my TD Notes was: “Peak Fed Hawkish – Or Minsky Moment?” Since then, particularly since Wednesday’s Fed meeting, price action would tell you that we’ve had a “Minsky Moment” – that the Fed is a LONG way from Peak Hawkish.

I’m taking the other side of that trade – buying the S+P, which tumbled on Fed tightening fears.

On January 15, I wrote: Peak Fed hawkish means the markets have WAY over-anticipated the consequences of Fed tightening (the Fed will stand down) – Minsky moment means there has been a sea-change at the Fed, and you ain’t seen nothing yet! Both opinions have eloquent spokesmen; recent short-term price action has been choppy as markets decide which view will prevail.

It depends on your time frame

I can get on board the “Minsky” train in a long-term time frame (more than a year). After all, current interest rate levels are about as low as they’ve ever been in human history, (risk) assets prices have soared the past two decades and have been absolutely smoking hot since the Covid panic in March 2020. We’re “due” for a “Minsky” inflection point.

But – on a short-term time frame (the next month or two), I’m betting that markets have WAY over-anticipated the consequences of severe tightening from the Fed.

Mid-day Monday, the Dow pivoted and rallied ~1,400 points to close GREEN on the day!

Wicked hour-to-hour rollercoaster price action continued throughout the week – every day this week, Dow futures had a high/low price range of > 1,000 points! (I remember in the 1970s when the Dow was 1,000!)

I will tell you that trading equity markets this week was hard to do when the high/low range on a 30-minute bar was WAY more than it used to be for an entire BIG day!

Liquidity and depth-of-market were thin, but volume was huge. Option vols were the highest we’ve seen in a year, and (you just knew) some option dealers were getting killed buying highs and selling lows as they tried to manage gamma risk.

It was a violent, nasty week but all of the major indices (save the Trannies and the Russell small-cap) closed green on the week. Vols closed down on the week.

Yields across the whole Treasury curve jumped during Powell’s press conference – the takeaway was that the Fed would be more aggressive in its fight against inflation than previously thought. By the end of the week, the yield curve was flatter: short rates had jumped to their highest levels in two years while bond yields were steady/lower (if the Fed was going to be tough on inflation by cranking up short rates – that would be good for bonds.)

The US Dollar index closed the week at an 18-month high – rising against nearly all currencies.

The Euro dropped to an 18-month low. It had popped out of a 6-week trading range in mid-January (a false breakout), and that added fuel to the recent decline as new buyers covered their trades.

The Euro is also a “victim” of the widening policy differences between the Fed and the ECB.

European geopolitical worries (Ukraine) also weakened the Euro against the USD and the Swiss Franc. The Euro fell to a 7-year low (essentially, an All-Time low) against Suisse this week.

The Canadian Dollar dropped ~2 cents from its January highs as the USD soared and stocks markets fell – despite solid gains in WTI and the commodity indices.

Gold hit a 2-month high at $1854 on Tuesday but fell ~$75 to Friday’s low. Higher interest rates and a higher USD are kryptonite for gold.

WTI continued its relentless march higher, and backwardation across the forward curve continued to steepen – one year forward WTI is now ~ $11.50 cheaper than the front month.

My P+L was down ~0.75% last week as I tried, unsuccessfully, to pick a bottom in the steep stock market decline. I kept doing that this week and my P+L was down another ~0.5% by Friday morning.

I bought the S+P Friday afternoon, and my unrealized gain on that trade is ~0.5%. The strong Friday close encouraged me to stay long into the weekend.

It was not a fun week for me. I was nicely ahead on a couple of trades, but a swift, violent swing lower knocked me out. I was trading small size, given the magnitude of the intra-day swings, and I only made ~6 trades all week, but I felt like I was playing ice hockey in my boots while all the other guys were wearing skates!

My friend, Kevin Muir, had a terrific line in his blog this week: “Opportunities arise out of Wall Street’s shift in sentiment.” I sent him a note complimenting him on that insight – telling him that was the basis of most of my trading – and asking permission to quote him.

I’ve written previously about “variant perception,” a sophisticated term for looking at markets with a contrarian’s eye. (I’ve quoted Michael Steinhardt as saying, “There is no easier way to make money in the market than to have (and to have the confidence to implement) the correct Variant Perception.”)

My current contrarian idea is that the market’s extremely bearish sentiment is WAY overdone (in the short term). I will be watching for support for my idea – and evidence that I am wrong.

I think the “fear” is that the Fed is WAY behind the curve and will have to be more aggressive – which sets up the possibility of “tightening into a recession” and/or a “deleveraging or volatility event” in the markets. That may be what happens, but the recent correction in the major indices masks a washout in the more speculative side of the market (since November) and this week’s price action looks like an inflection point to me.

Another “fear” is that the Fed can’t fight Main Street inflation without causing deflation on Wall Street. I understand. I’ve previously written that the Democrats, sensing a disaster in the upcoming midterms, may be willing to throw Wall Street under the bus if that’s what it takes to kill the inflation that is worrying voters.

Next week, I’ll be watching for signs that “fear” caused some mispricing opportunities in the currency, equity and interest rate markets.

I’ve described my contrarian idea, but that doesn’t mean that I will start selling US Dollars and buying stocks and Eurodollar futures on Monday morning. I’ve got an idea, but I will be looking for price action setups that “go along” with my idea. For instance, if the S+P trades above 4450 and 4500 on this chart, that might be a “sign” that an important bottom was made this week, and I could buy more.

“What I’m really looking for is a consensus that the market is not confirming.” Bruce Kovner The Market Wizards, 1989

My comment: This is another way of saying “Variant Perception.” For instance, I think Bruce was saying (in effect) that if everybody is bearish, but the price action looks bullish – he’s buying.

“Focus on the process, not the outcome.” Bob Rotella, The Unstoppable Golfer

My comment: A good friend gave me this book years ago, and I’ve reread it a couple of times. Bob coached some of the best golfers in the world – not by telling them how to swing a club, but rather by helping them manage the mental aspect of the game. Traders will benefit more from managing their trading process (and mental attitudes) than looking for trade recommendations.

“Successful trading is about eliminating distractions and focusing on discipline. You have to want to get better – you have to look in the mirror.”

My comment: Peter worked with Paul Tudor Jones years ago and became a trading coach. I agree 100% with what he says here. It’s not about being the best trader (or golfer or whatever); it’s about being the best you can be – and wanting to get better – and having the discipline to keep going when you want to quit.

“The Barns,” as we sometimes call him, keeps growing, and he’s getting smarter all the time. We take him for walks on off-leash trails, and he’s terrific about staying with us. When we throw one of his toys, he fetches it, brings it back and (reluctantly) “leaves it!” A breakthrough!

Please Do Me A Favour