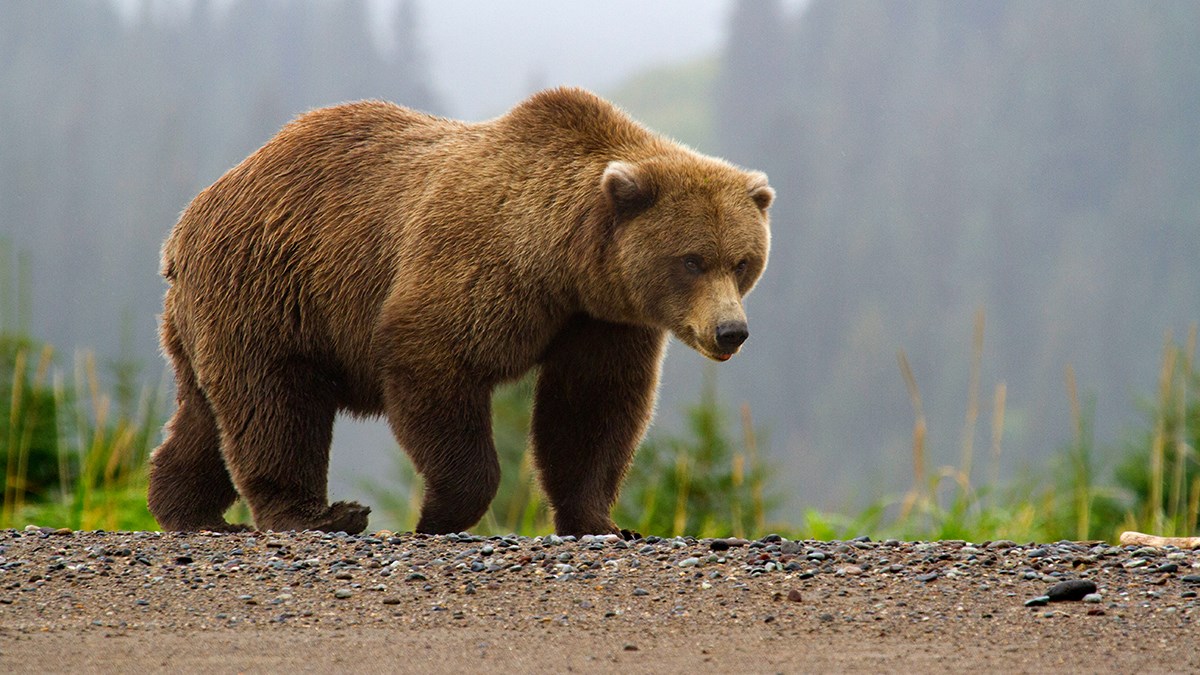 Market sentiment is extremely bearish, and markets are extremely oversold. Significant “technical support” levels have been broken. With the markets closing on their lows, expect further selling pressure early next week.

The bear case: For the past several months, the indices have trended higher on the back of Big Cap stocks while breadth deteriorated. The sea-change in Fed policies in late 2021 marks the top of a 12-year bull market that had gone parabolic on easy money, TINA, FOMO, corporate buybacks and Passive inflows. The Fed will be tightening into a slowdown, unable to cool inflation and stagflation will result.

The bull case: The pandemic policies that have crippled the economy will soon be over (note developments in England and Ireland), and the re-opening economy will be robust. Interest rates rising 1 – 2% will not be a headwind, and inflation has peaked. A 5 -10% correction in the major indices is healthy – it flushes the crap out of the system. The indices will rebound as capital “rotates” to stocks that prosper in the new economic environment.

Bond yields surged higher over the last four weeks as the Fed and other Central Banks (not the ECB, BOJ or the PBOC) signalled they will reduce stimulus and raise interest rates. The UST 10-year yield was 1.35% a month ago and hit a high of 1.9% this week.

The German 10-year bund yield traded above zero this week for the first time in 3 years. The global stock of negative-yielding debt is down ~50% from ATH.

Most of the recent rise in UST yields happened this year. The rate of change accelerated as people adjusted positions – selling begot more selling – amid talk that the Fed (which had stayed too easy for too long) would have to get WAY more aggressive to contain inflation. (Dr. Doom, Henry Kaufman: “I don’t think this Federal Reserve and this leadership has the stamina to act decisively. They’ll act incrementally. In order to turn the market around to a more non-inflationary attitude, you have to shock the market. You can’t raise interest rates bit-by-bit.”)

The entire Treasury curve caught a “haven” bid Wednesday through Friday as the stock market fell (and following an aggressively bid 20-year auction on Wednesday.)

Two weeks ago, I wrote that Democrats, looking ahead to the mid-terms, might push the Fed to kill inflation at the expense of a falling stock market, as the majority of voters are hurt more by rising inflation than by falling stock markets. This week, Biden “supported” the Fed’s move to tackle inflation. Biden will be appointing new people to the Fed this year – perhaps trying to “reshape” the Fed like Trump “reshaped” the Supreme Court.

The Big Question: Will the Fed be able to cool inflation? What if they try but fail?

WTI rallied ~40% from early December lows in anticipation of a re-opening global economy demanding more oil at a time when inventories, and additional production capacity, are low – supply shocks (geopolitical tensions) could cause price spikes.

It is painfully ironic to see the US government fighting inflation and fossil fuel production simultaneously. (don’t they understand that higher energy prices = higher inflation?)

The USD initially weakened as stock markets plunged during the Covid panic in February 2020 – but then soared ~8% (to a 3-year high) in two weeks once capital realized the scope of the problem and fled to the USD for safety. (By July 2020 the US Dollar Index was making new lows for the year.)

The USDX rallied ~8% from May to December 2021 (it registered its highest weekly close in 18 months in December) but (ironically?) turned lower in December once the Fed turned hawkish.

I think one of the reasons the USD has been relatively strong (in the face of continuing massive trade deficits) is that capital “came to America” to participate in the world’s most robust stock market. Perhaps that capital is now in the process of saying, “Adios Amigo, it was a great run while it lasted,” and is going home. Perhaps some American capital has also been “rotating” out of domestic markets and is looking for opportunities outside the USA. If so, that will pressure the US Dollar.

The Euro looked like it was breaking out of a narrow sideways range two weeks ago but has fallen back into the range. This week, Christine Lagarde, head of the ECB, reportedly said that the ECB “has every reason not to act as quickly or as ruthlessly as the Fed.” She expects European inflation to decline and doesn’t want to stunt economic growth with tighter ECB policies. She sees rising European bond yields as a sign of economic recovery, not a response to rising inflation. No wonder the Euro weakened (which might have been her intention.)

The Commitment of Traders report, as of January 14, shows that net speculative long positioning in the Euro increased by $2.6B on the rally to 2-month highs.

The Yen: The CoT reports that specs remain net short ~$9B of the Yen – which has rallied ~2.5% (from the 5-year lows hit last week) as stock markets tumbled.

The Canadian Dollar has tracked the rally in crude oil very closely for the past month while ignoring (until Friday) stock market weakness. (I’ve thought of the CAD as “the poor man’s WTI.”)

Gold and (especially) silver rallied the past two weeks – open interest has been creeping higher. Rising real yields have been negative for gold, and if the stock market continues to weaken, gold may be sold for liquidity – or it might catch a “fear” bid. If capital flows away from the USA and the USD weakens, gold should rally.

This was NOT a good week for me. I had gone flat into the 3-day weekend and was slow getting “back to work.” I wanted to get short the stock market, but the overnight futures opened sharply lower Monday afternoon, and I decided to wait for the Tuesday day session. The market continued to fall, and I did NOT want to “chase” the market by selling into a potential hole.

For the rest of the week, I looked for buying opportunities. I found six different setups (in the S+P and the CAD), and every one of them worked initially, but in terms of closed-out trades, only one made money.

I was trading small size, with tight stops, and when the market moved in my favour, I raised my stops, but my net P+L on the week was a loss of ~0.75%.

The irony of losing money while the stock market tumbled was a bit hard to take, given that in my January 1st Trading Desk Notes, I had written, “I think we will see a severe correction sometime within the next few months. It could start as early as next week.” An additional irony was that one of my New Years Resolutions was to try to stay with winning trades longer!

I’ve had some success the past several weeks catching short-term swings, and I guess I thought that would continue. Not this week. Missing a good trade often feels “worse” than losing money on a trade.

I’m flat at the end of the week, not exactly nursing my wounds, but I’ve lived to play another day, and, as a dear old long-time friend likes to say, “There’s a rumour going around that the markets will be open again next week!”

Harley Bassman, the Convexity Maven, likes to say that the tails of the classic Bell Curve of option prices are cheaper than they should be. In layman’s language, that means that the “100-year flood” actually occurs much more frequently than once every 100 years.

In the “Quotes” section of my January 1, 2022 Notes, I quoted Michael Steinhardt as saying, “There is no easier way to make money in the market than to have (and to have the confidence to implement) the correct Variant Perception.”

Let’s merge those two ideas. If you have a “Variant Perception” about a market, consider buying “cheaply priced” long-dated, out-of-the-money options. If your perception is correct, you will be handsomely rewarded. The cost-benefit analysis is fantastic! (Think of Michael Burry in The Big Short.)

Harley uses to term “convexity” to describe what happens to your long option position when the market moves in your favour. The rate of change in the option’s delta (the gamma) accelerates, and you make money at an increasingly faster rate of speed (as long as theta – the clock – isn’t eating you alive!)

Harley likes to buy (rather than sell) long-dated options because that allows him to benefit from the magic of convexity – if he’s right on his call.

Harris Kupperman (Kuppy) is a very successful hedge fund manager who writes about Adventures in Capitalism. He is very bullish on crude oil as a long-term trade. He likes to point out that WTI is in steep backwardation; for instance, one year forward WTI on the NYMEX is ~$10 BBL cheaper than the front month, making the back month futures a bargain – from his perspective.

So, to put this all together: consider buying deep OTM calls on, say, one-year forward WTI options. The premium you pay for the calls is your maximum risk, and if WTI soars, your ROI could be huge (that’s the convexity part.) The bid/offer spread on such options is probably scary wide; liquidity will be “thin,” and WTI has rallied ~40% in the last month – so this might not be the best time to jump in.

This idea is not investment advice – for anybody – this idea is only intended to get you thinking of different ways to trade an idea.

Quotes From The Notebook

“In the real world, things generally fluctuate between “pretty good” and “not so hot.” But in the world of investing, perception often swings from “flawless” to “hopeless.” Howard Marks Feb 2016

My comment: I liked Howard’s book (The Most Important Thing) so much that I read it twice. It’s a funny thing for a commodity trader to do, given that Howard is a long-term value investor. But his rules and principles fit like a glove for me. This quote is particularly timely. Not long ago, the stock market was “flawless” – an easy place to make money. Today, perceptions have changed—Big Time.

“I have no time for the past. I only look to the future.” Herve Martin – July 2019 – Owner – The French Table Restaurant – explaining why he has no interest in meeting with his ex-wife of many years for a “let’s be friends” visit.

My comment: I’ve known Herve for more than 20 years. He came from the Burgundy region of France and still speaks with a heavy accent. I’ve had many wonderful dinners at his restaurants (my family organized a surprise 70th birthday dinner for me with 20 friends at the French Table.) I loved his quote because he was so STRONG about it. I treasure my memories so much that they often overwhelm me. I could never say that I have no time for the past, but I loved his passion for the future.

Please Do Me A Favour

Barney was lying low yesterday. He had been at the beach with Moma two days ago and must have eaten something when she wasn’t looking. He threw up his dinner that night and breakfast yesterday morning. Moma fed him some mashed potatoes and carrots last night, and he kept that down.

This is the first time Barney has been sick, and he’s taken it pretty well. He gobbled down his breakfast this morning, and I expect he will be 100% today. He was 13 pounds on November 2 when he came to live with us; he was 37 pounds two days ago.