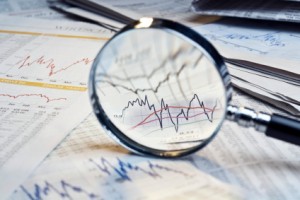 Cobalt prices continue to rise on increasing demand for electric vehicles. Tesla (NADASQ:TSLA) remains a hot topic, and many investors are closely watching for the company’s next move — most recently, CEO Elon Musk confirmed that production of Model 3 cars will start on Friday (July 7), and should reach 20,000 units per month by December.

Mass production of lithium-ion batteries will be needed to power these electric cars, which are forecast to number 3.1 million in 2021, according to UBS (NYSE:UBS). And as demand for batteries surges, prices for metals such as cobalt are also expected to soar. In fact, Benchmark Mineral Intelligence analyst Caspar Rawlessaid recently that by 2020 cobalt demand will increase to 76,000 tonnes from 46,000 tonnes in 2016.

In light of those developments, investors interested in the cobalt space are growing more and more interested in cobalt stocks. To help provide a picture of which cobalt-focused companies are making progress this year, we’ve put together a brief overview of the three cobalt stocks on the TSX that have seen the largest share price gains year-to-date. Read on to learn what they’ve been up to in 2017.

Major miner Glencore (LSE:GLEN) increased its interest in Katanga Mining to about 86.33 percent earlier this year. The company operates a large-scale copper-cobalt mine complex in the Democratic Republic of Congo through two joint ventures; the joint ventures are called Kamoto Copper Company and DRC Copper and Cobalt Project.

In 2015, the company announced the decision to suspend the processing of copper and cobalt during the construction phase of its whole ore leach project. The suspension continued through the first two quarters of 2017, and production is not expected to resume until the project is commissioned; that process is expected to commence in Q4 2017.

eCobalt Solutions is focused on providing battery-grade cobalt salts that are ethically sourced, environmentally sound and produced safely and responsibly in the US. eCobalt’s primary asset is its Idaho cobalt project located in Lemhi County, Idaho.

In the second quarter of 2017, the company continued working on the feasibility study for its Idaho project. In June, eCobalt provided an operational update to its shareholders, noting that it has made progress in several areas.

Fortune Minerals expects to benefit from the development of its NICO cobalt-gold-bismuth-copper project, located in Canada’s Northwest Territories. The plan is for bulk concentrates from NICO to be shipped to a planned metals processing plant in Saskatchewan. The company is positioned to become a Canadian producer of battery-grade cobalt chemicals with gold and bismuth co-products.

In March, the company closed a bought-deal financing for $6,450,000, and said it expects to use the proceeds for NICO. In April, the company provided an update on its feasibility study for the project.

The data for this article was retrieved on July 5, 2017 using The Globe and Mail’s market data filter. Only TSX-listed cobalt companies with market capitalizations greater than $50 million are included.