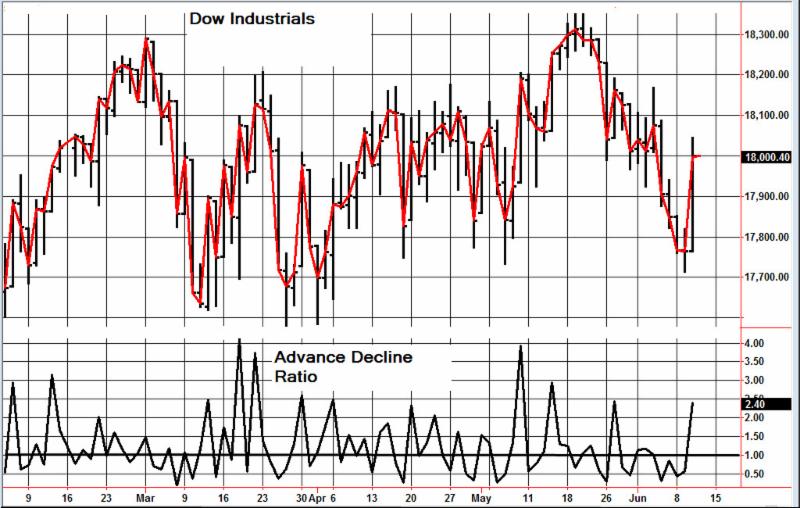 STOCKS:  According to the financial talking heads a prominent reason for the rally was progress in Europe on the Greek situation. Strength in Europe triggered an up move over here.

Our explanation is that the market was very oversold and ripe for a bounce. It merely needed a trigger. Greece gave it.

GOLD:  Gold was up $8. Dollar weakness and German bond jitters were cited.

NEXT DAY: Neutral.  After today’s strength, Thursday’s action is uncertain.

CHART: An advance  decline ratio of 2.0 or greater is frequently a kickoff to a sustained rally. Sometimes it can be climactic. Our best estimate is the former. System 8  We are in cash. Stay there on Thursday.

News and fundamentals:  There are no important releases on Wednesday. On Thursday we get jobless claims and retail sales.

BONDS:  Bonds were down again to another new low.

THE REST:  The dollar was lower. Silver was up slightly. Crude oil surged again.

We’re on a sell for the dollar and a buy for the euro as of June 2.