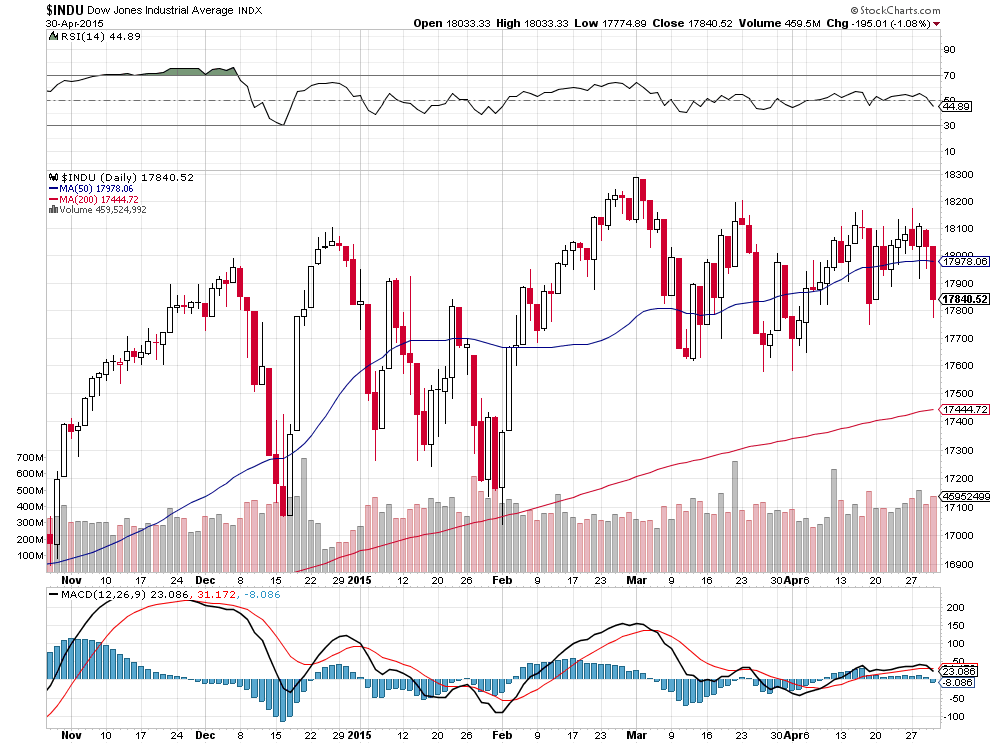 Editor’s note: This is an abbreviated update because of travel. I’ll give a complete update and make up the numbers on Friday’s update.

STOCKS:I thought the action today was pretty bad. Can’t blame it on the dollar which has been taken to the woodshed. .

Today the so called good 6 months ended. We are now entering unfavorable seasonality. More on that in Friday’s update.

I think that we are close to a short term rebound, but I suspect it will be a counter trend bounce.

GOLD: Gold collapsed for $28. The story was that a drop in initial claims would cause the Fed to raise rates earlier rather than later. I know one thing. This is a very skittish and choppy market. We’ll stay bullish for now since the yellow metal has not broken its lows of April 24, but we need to keep a close eye.

Intermediate term investors are long the SPY from 206.41. I think we will use a short term rebound to get out of this position.