Today is a Day of Survival 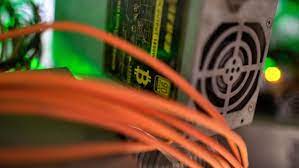 (Bloomberg) — It’s been a rough two weeks in the crypto world, where as much as $1 trillion in market value has evaporated. Wednesday may be the worst of it, as the world’s two largest digital asset exchanges, Binance and Coinbase Global Inc., suffered service outages, sending Bitcoin falling the most since 2013.

Exchanges are central components to the digital asset world, yet they frequently go down when traffic on blockchain networks gets too high, calling into question their readiness to serve a quickly growing market. At the height of the last bull market in 2017 both Coinbase and Binance often shut users out of their accounts due to internal problems. Blockchain and crypto believers like to think they’re changing the world yet the backbone of the industry is clearly not ready for prime time.

Many traders in crypto use borrowed money to boost their returns, which leaves them vulnerable to having their positions automatically sold if prices drop. In the last 24 hours, more than 775,000 traders have had their account liquidated, equal to $8.6 billion worth of crypto, according to Bybt.com data.

“Coinbase always goes down,” said Jon West, the former head trader at digital asset brokerage Omega One who now works for the blockchain firm RChain. While it was disappointing to see the two largest exchanges break, West said this is the best they’ve ever performed when looking back at 2018 or 2019.

“It should be illegal how bad they’ve been” in the past, he said. An email to Coinbase for comment wasn’t immediately returned.