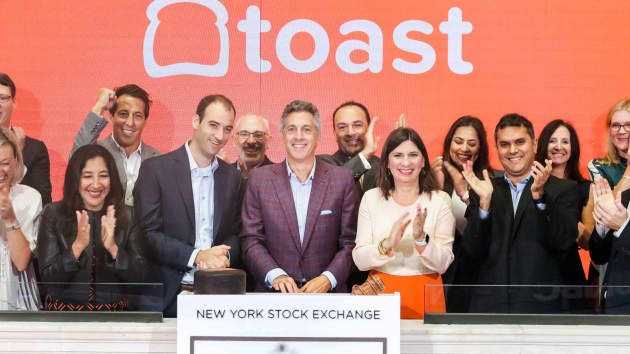 Toast shares soared 63% in their New York Stock Exchange debut on Wednesday after the provider of technology to restaurants priced its IPO above its expected range.

The company, whose products are used at more than 48,000 restaurant locations, raised about $870 million in its IPO, selling shares at $40 each. Toast previously said it expected to price the offering at $34 to $36, following an initial range of $30 to $33.

Toast’s IPO comes amid a business resurgence for a company that was devastated in the early days of the pandemic, when restaurants were forced to close their doors and cities across the country shut down. In April 2020, Toast slashed half its workforce, and CEO Chris Comparato wrote in a blog post that the prior month, “as a result of necessary social distancing and government-mandated closures, restaurant sales declined by 80 percent in most cities.”…read more.