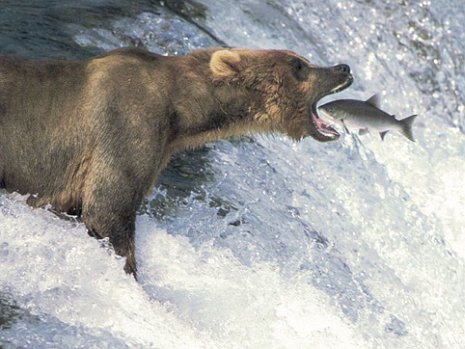 After the smashups in the markets last week, the timing was perfect to have the opinion of a guest, Mark Leibovit, who has proven himself as Timer’s Digest Timer of the Decade, Timer of the Year and Gold Market Timer of the Year.
In the interview below, Mike not only gets Mark’s opinion on which direction he thinks each market is going, but also what condition he thinks each market is in sentiment wise. Perhaps more importantly, Mike gets Mark to reveal what specific target levels he sees as important. Levels, that if touched or breached are places to either commit cash, or liquidate existing positions.
The interview is far more detailed and it is strongly recommended to take the 24 minutes to listen to both Mark’s and Mike’s opinion of the markets:

Here is the short version of what Mark sees coming:
Stocks:
Last week’s 2.5% drop in North American Stock Markets re-confirmed Mark’s view since May 22nd that we are in a downtrend.  (comment on the audio from 0:00 to 11:15)
That said, Mark doesn’t think the Fed under Bernanke, or the even more aggressive upcoming Yellen is going to let the Stock Market enter a Bear Market. In short, Mark would remain bearish short to near term until he get’s a buy signal. For parameters, we can drop another 500-1000 points in the Dow without violating the long term uptrend and Bull Market.
Mark doesn’t see any signal yet from the Markets or from the actions of the Fed that there has been a change in the Fed policy that has been driving the markets for the last 4 years. The Fed moves to bail out the market and the market responds to the upside. Simply put, unless and until there is some signal of change expressed by the markets, it is best to expect the very same scenario that has been unfolding since Quantitive Easing began to occur again.
Bonds:
Mark has been bearish on Bonds, saying that we have seen the low in interest rates (the high in Bond prices). He has not changed his opinion, although he thinks we have gotten a little extended, and the big drop in 30 year Bond pricing has met some of the downside targets for the moment. (comment on the audio from 11:15 – 14:55)
The Big Picture? The 40 year trend in declining long term Bond rates has come to an end. In Mark’s opinion over the next 4 or 5 years the trend is going to be in the opposite direction to that of the 40 year trend of rates coming down.
Gold:
At the May 23rd Money Talks Emergency Gold Summit Mark said he was not confident in the Gold market, and that he thought that some new lows were coming in prices. We got those new lows last thursday June 20th when spot gold closed at the 1280. While Mark’s lower downside targets are still in play he is personally doing some nibbling here. (comment on the audio from 14:55 – 17:51)
Bottom line: Mark thinks we are going so much higher in coming years.
Silver: We approached his target number of 19, striking 19:31 last Friday. Bottom line, Mark would rather see a bottoming formation on the charts before getting in so that he has the wind at his back, instead of trying to pick the low and taking significantly more risk. If after a bounce the 19 level doesn’t hold the next target below is 14!
Oil: Looks to him like we have a small top at the 98 – 99 level, and much lower levels to come. The only Wild Card being a War in the Middle East.
US Dollar: Bullish and higher targets from here.
Canadian Dollar: Bearish, lower targets from here.
Euro: Very Bearish