Time to Keep Your Cash in the Microwave? 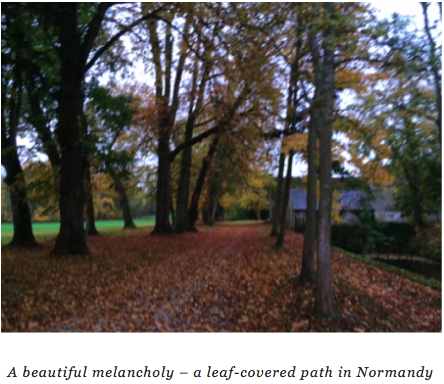 NORMANDY, France – “Now, I think I’ve seen everything” is an expression that – like “this is the end of history” and “I’ll never leave you” – usually turns out to be premature.

But it is what we found ourselves saying yesterday.

Not out loud. We just moved our lips in mute amazement.

On Tuesday, the Italian government sold a 2-year note yielding MINUS 0.023%.

We don’t know what is more preposterous: that the Italians were able to borrow money at a negative nominal interest rate or that the press reported this transaction with a straight face.

It should have provoked howls of laughter, withering scorn, and unvarnished derision.

But here at the Diary, we will not point the finger and chuckle. We will not invoke our usual tone of sarcasm. We will not damn the whole thing to Hell with loud and blustery cussing.

Instead, we’ll take the high road; we just want to know what it means.

But before we get to that, let us pick up the news. Here’s the latest, from Bloomberg:

Federal Reserve officials pivoted toward a December interest-rate increase, betting that further job gains will lead to higher inflation over time and allow them to close an unprecedented era of near-zero borrowing costs.

The Federal Open Market Committee dropped a reference to global risks and referred to its “next meeting” on Dec. 15-16 as it discussed liftoff timing in a statement released Wednesday in Washington, preparing investors for the first rate rise since 2006.

“Pivot” has become the latest fad verb. It seems to mean “move” or “go toward.” You can use it in practically any setting.

Investors pivoted toward higher prices yesterday, with a 198-point increase in the Dow. You might tell your husband that you’re pivoting toward buying a new Tesla. And we pivoted back to France last night… after a few days in Ireland.

It is a gray day in Normandy this morning. But the leaves have pivoted to such glorious shades of orange that the effect is a profound and melancholy splendor. But let us pivot back to our subject for today…

…maybe even a world that cannot really exist.

To lend at less than zero suggests you believe the present value of money is less than its future value – in other words, deflation. And you must assume that the risk of default or inflation is near zero.

This allows the Italians to go out and build roads or pay pensions with money that cost them less than nothing.

How long this will last, we don’t know. But as long as rates remain below zero (and they could go lower!) money is not just free… it’s a cost not to borrow!

Imagine you are buying a house. (Now, you can see the mischief afoot!) If lenders are willing to grant a loan at a negative nominal interest rate that’s secured by nothing more than the full faith and credit of the Italian government, then lenders should surely be willing to extend credit to you against the value of your house.

That would leave you with a curious mortgage – one that pays you interest. At the Italian rate, a $1-million house would come with an extra income of about $19.16 a month.

This raises profound metaphysical issues. If a mortgage carries negative interest, it implies that the house (an equal capital value) also has negative value.

After all, you have to pay someone to live in it. And if houses are worth less than nothing, we have to wonder what a car is worth… or a diamond ring… or a luxury cruise?

Does that mean that money has no value? Or even negative value?

After all, you can no longer give it to someone in exchange for a positive interest payment. Now you must pay him to store it for you, as though it were furniture that won’t fit in your house. You don’t like it anymore. But you don’t have the heart to throw it away.

And if money has no value, what happens when you hire, say, a gardener to pull out weeds? Should you pay him? Or should he pay you? How many hours should he have to work for you before you consent to take his money?

The whole thing is so contrary to nature we gasp when we think of it. We are flummoxed.

But you are a smart person, dear reader: Maybe you can figure it out for us.

The Strange Case of Sweden

All we know about Sweden is what we learned by watching the movie The Girl with the Dragon Tattoo.

And all we learned from that was that Swedes tend to be murderers, sadists, lesbians, and pock-marked wimps.

Maybe that accounts for the torturous financial system the Swedes are creating.

“Sweden is shaping up to be the first country to plunge its citizens into a fascinating – and terrifying – economic experiment: negative interest rates in a cashless society.

The Swedish central bank, the Sveriges Riksbank, on Wednesday held its benchmark interest rate at -0.35%, the level it has been at since July.

Though retail banks have yet to pass that negative rate on to Swedish consumers, they face increased pressure to do so as long as the rates remain where they are. That’s a problem, because Sweden is the closest country on the planet to becoming an all-electronic cashless society.

Remember, Sweden is the place where, if you use too much cash, banks call the police because they think you might be a terrorist or a criminal. Swedish banks have started removing cash ATMs from rural areas, annoying old people and farmers. Credit Suisse says the rule of thumb in Scandinavia is: “If you have to pay in cash, something is wrong.”

A resistance is forming, and some people are protesting the impending extinction of cash. Björn Eriksson, former head of Sweden’s national police and now head of Säkerhetsbranschen, a lobbying group for the security industry, told The Local, “I’ve heard of people keeping cash in their microwaves because banks won’t accept it.”

Alert readers will recognize this negative interest story as one we have been following. We believe it won’t be long before we have negative rates in the U.S., too”.

The feds will pivot to even stricter controls on cash to gain more control over the economy and practically unlimited power to tax and spend – without congressional approval.

Sweden is ahead of the U.S. feds on this one. We can only hope it goes far ahead, fast, and blows itself up before the U.S. pivots down that path, too.

Further Reading: Yesterday, we began a special Diary series with currencies expert Jim Rickards on governments’ ongoing war on cash. Catch up on Part I of our three-part Special Edition here.

DNA sequencing is an area of tech I’m keeping a close eye on. That’s because it’s undergoing exponential change…

The technology has been around for decades. But it was far too expensive to be practical. We just didn’t have the abundance of low-cost computing power that’s available today.

Why will DNA sequencing be free? Because companies will pay for the information, so you won’t have to.

Facebook is free because it sells your valuable personal information to companies all around the world. Similarly, DNA sequencing will be free because companies will pay to have access to the data they collect.

Which industry players would want access to DNA data?

Biotechnology and pharmaceutical companies want the data to accelerate their testing and developing of new medicines. This will help bring new products to market more quickly. Drugs will be personalized for individuals. Fewer side effects, better efficacy, more revenue, higher profits.

Employers have similar interests. DNA-sequencing would help reduce their costs by improving the health of their employees.

Highly personalized and preventive medicine will lead to longer lives. Living to 120 will not be unusual for anyone young and in good health today… 100 will be the new 60.

The DNA-sequencing market is expected to grow to $20 billion by 2020. And right now, Illumina (NASDAQ:ILMN) is the global leader in sequencing equipment.