Time for a Market Road Map … 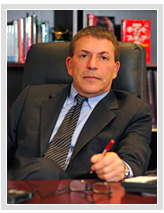 Most analysts shy away from making forecasts. They don’t want to take a chance of being wrong. So they end up talking out of both sides of their mouth. Or worse, they give you a bunch of mumbo-jumbo leaving your head spinning trying to figure out what they are saying.

Not me. I consider myself in the business of forecasting. After all, if I say “buy,” I am forecasting the price will rise, aren’t I? And conversely if I say “sell.”

But you should all know that. And if you don’t know that forecasting the markets is one of the toughest things in the world to do, then you shouldn’t be trading. It’s that simple.

That said, my forecasting, unlike most other analysts, is NOT based on opinion, interpretation of fundamentals, news, or anything similar.

My forecasting methods are based solely on objective criteria that eliminate all emotion, all subjective interpretation, from the equation. In short, I use …

– A unique form of technical analysis that has its roots in Newtonian physics and the basic Newtonian law of actions and reactions. It also includes measurements of entropy, for all systems have energy in them and are governed by many Newtonian physics laws.

– I use the power of today’s modern computing to crunch hundreds and, in some cases, even thousands of years of data to screen for cycles in prices that cannot be seen with the human eye.

These cycles can range from as short as a few days in duration to decades-long major price cycles.

– I use neural net forecasting models that then take all the cycles that have been discovered, crunch that data based on their past iterations, and then project them forward dynamically.

Most cycles are fixed in duration. But when acting together, they become dynamic, and fluid, vacillating back and forth in a new matrix of cycles that govern price behavior.

And then finally, I use my buy and sell signals to determine what is a legitimate signal that indicates either a trend change or continuation, all in accordance with what the cycles say.

The buy and sell signals are also a proprietary program I developed in the mid-1990s. It’s uncanny how accurate it can be, often pinpointing trend changes to the penny.

Right now though, I want to freeze this moment in time and give you a roadmap of what I am seeing in the major markets. In gold, silver, oil, the dollar, the euro, and the Dow Industrials.

This way you’ll have a roadmap by your side. Print it out. It should come in very handy over the next few weeks. We start our journey now …

Gold: Correcting as expected and has already given a daily sell signal by closing this past Thursday below $1,227.70. The pressure remains to the downside.

In short, gold is now correcting its first leg up. This first pullback since that first leg up now becomes all-important. As long as gold holds major support at the $1,168 level …

Ditto for mining shares. They should pullback sharply, then as long as support holds in gold, take off again to the upside with a vengeance.

Silver: Same overall pattern as gold. Now correcting the first leg up. Silver has support at the $14.57 level and first major overhead resistance at the $15.46 level. Silver is going to be far more volatile than gold, so be careful with it. Key your silver trades more off of gold.

Crude oil: I don’t like to brag, but with oil, I feel compelled to pat myself on the back. When it was trading in the mid-$100 level, I put out forecasts that oil would not bottom until it fell below $30, and more specifically, tested the $26 level, where a bottom would form.

That is, indeed, precisely what has happened, and now oil is back up near the $40 level, bouncing to and fro, relieving some of the built-up pressure of its first leg to the upside.

Additional support lies at the $36 level, which may be tested on a pullback, while additional overhead resistance stands at the $42 level. Right now, oil is and will be in a trading range for a month or so, but its next big move should be a breakout to the upside to the $50 level.

So keep your eyes on the $42 level in oil. That’s your next breakout point.

U.S. Dollar: Largely caught in a trading range for now, but within the context of a long-term bull market. Short-term support can be found at 93.197 on the Dollar Index, followed by 91.257.

Resistance will be found at 96.955 and then the former highs just above the 101 level. Overall, the dollar’s fate is in the hands of the euro, a dying currency. So as the euro dies, the dollar will soar like an eagle. I expect new highs in the dollar and new lows in the euro by late June.

Overhead resistance is formidable at the 1.1216 level to 1.1400 area. I doubt any short-term rally could see the euro move above 1.1400, and if it gets anywhere near there, I would short the heck out of it using an inverse ETF, such as EUO.

Dow Industrials: Toughest market on the planet to forecast short term, due to all the cross currents. But all of my models are still resoundingly in agreement that there will be a possibly large and steep correction before the re-emergence of the long-term bull.

Here are the key numbers you need to know about:

Major resistance: 17,901 and 18,500. Unless the Dow can get above both of those figures on a weekly closing basis, the bias toward the downside will remain the more probable path of direction.

That’s almost 1,000 points below the current market, compared to the Dow being a mere 400 points away from resistance at the 17,901 level.

Some would notice that and say that’s a sign of the Dow’s strength; it’s closer to resistance than it is to support.

But that would be a rookie talking. An experienced trader knows that all markets like to suck or draw in the unwary by moving and hanging out near resistance levels …

Only to chew them up and spit them out on the way down.

So beware: Unless the Dow Industrials can soon blow through 17,901 and 18,500 on the upside … the blood will overwhelm the street on the downside, with the Dow still capable of plunging to the 13,900 area.