Tiger Global, the $65B fund on a wild tech spending spree 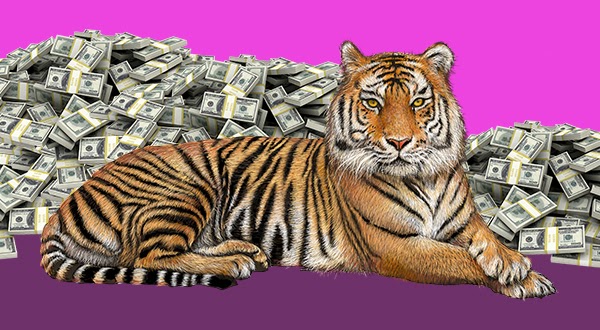 Founded as a hedge fund in 2003, Tiger Global has turned into one of the investment industry’s largest tech players.

Earlier this month, investment firm Tiger Global announced that it raised one of the largest pots of VC money ever: $6.7B.

As detailed by TechCrunch, the news caps off an incredible streak for the firm’s tech ambitions:

Tiger Global was founded as a NY-based hedge fund…

… in 2003 by Chase Coleman, who previously cut his teeth with investing legend Julian Robertson at Tiger Management.

Over the years, the firm expanded its mandate to include private equity and venture investing; Tiger Global’s $6.7B fund is its 13th VC fund.

And the firm’s ~100 employees are its biggest shareholders.

Per The Information, the secret ingredients behind Tiger Global’s recent tech success include:

Go to where the money is

In 2020, US startups were involved in acquisitions or public listings that totalled a record $290B per The Information.

And it might only get crazier in 2021: Tiger has bets on ByteDance, Discord, Hopin, and — wowzers — a ~10% stake in crypto exchange Coinbase with a potential value of $10B when it goes public this week.