This Picture is Worth Billions 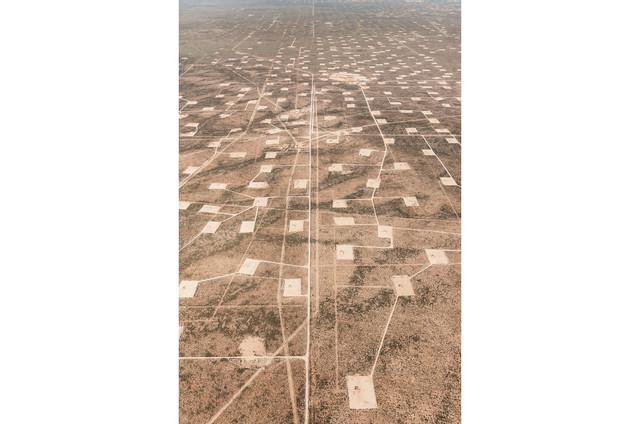 When I was a kid, I used to watch the World Wrestling Federation religiously.

My favorite wrestler was Rowdy Roddy Piper. He wasn’t exceptionally gifted as an athlete, but man, he was a great entertainer. My favorite quote from him is: “Just when you think you know the answer, I change the question.”

That phrase can be applied to the current state of the American oil and gas industry.

It’s changing at an exponential rate. Here’s what I mean…

I want you to take a good, long look at this picture: What you see are well pads, leveled and cleared to make way for drilling equipment.

My untrained eye tells me there are at least 100 pads being prepared in this photo. And this is just a snapshot of a much bigger picture.

Oil drillers are gearing up for an absolute bonanza here. And if they hit paydirt, this region of the globe could become one of the most prolific oil-producing regions the world over.

So, where was this photo taken?

Believe it or not, it’s in our own backyard.

As I told you last month in an article published in Energy and Capital, the Permian has been a cradle of oil drilling since 1921, producing 32 billion barrels to date.

However, experts forecast that with the discovery of the Cline Shale within the Permian — coupled with the application of multi-well pad drilling — the Permian has the ability to produce another 32 billion barrels. Or even more.

The March 2013 cover of National Geographic says it all: No offense to National Geographic, but we scooped them seven years ago.

The fracking boom started in earnest in 2008, but it’s just starting to heat up…

Last month the EIA published new numbers for U.S. oil production for the month of January 2013. The EIA report showed Texas produced an average of 2.26 million barrels per day (bpd) in January, the highest daily output for Texas since 1986. (I was a junior in high school that year… now my oldest son is the same age. That’show long ago it was.)

At that production rate, Texas alone produced more oil than OPEC members Algeria, Libya, Angola, Ecuador, Nigeria, and Qatar — and it’s closing in fast on Kuwait, Venezuela, and the UAE.

You see, Texas oil production increased by 30% in January from a year earlier — and by 75% from two years ago. In fact, oil production in Texas has achieved a clean double in the last three years!

Texas is literally booming. And the positive effects are being felt everywhere. The state added over 80,000 jobs in the month of February.

This trend is accelerating at light speed, and it’s having an impact not just in the States, but globally. According to CNBC this past Monday:

Without fanfare, China passed the United States in December to become the world’s leading importer of oil-the first time in nearly 40 years that the U.S. didn’t own that dubious distinction. That same month, North Dakota, Ohio and Pennsylvania together produced 1.5 million barrels of oil a day–more than Iran exported.

As those data points demonstrate, a dramatic shift is occurring in how energy is being produced and consumed around the world-one that could lead to far-reaching changes in the geopolitical order.

U.S. policy makers, intelligence analysts and other experts are just beginning to grapple with the ramifications of such a change, which could bring with it both great benefits for the U.S. and potentially dangerous consequences, including the risk of upheaval in countries and regions heavily dependent on oil exports.

Most agree the U.S. would be the big winner, in position to reshape its foreign policy and boost its global influence.

Like I’ve said before, technology and innovation always win the day.

And multi-well pad drilling is a game changer.

Just how is this playing out in the real world?

But here’s the deal: There’s no sign that it’s about to stop any time soon…

Multi-well pad drilling is becoming the new normal. Here’s how we’re playing it.

Brian is a founding member and President of Angel Publishing and investment director for the income and dividend newsletter The Wealth Advisory. He writes about general investment strategies for Wealth Daily and Energy and Capital. Known as the “original bull on America,” Brian is also the author of Profit from the Peak: The End of Oil and the Greatest Investment Event of the Century, published in 2008. In addition to writing about the economy, investments and politics, Brian is also a frequent guest on CNBC, Bloomberg, Fox, and countless radio shows. For more on Brian, take a look at his editor’s page.