This Is The Van Gogh of Oil Plays 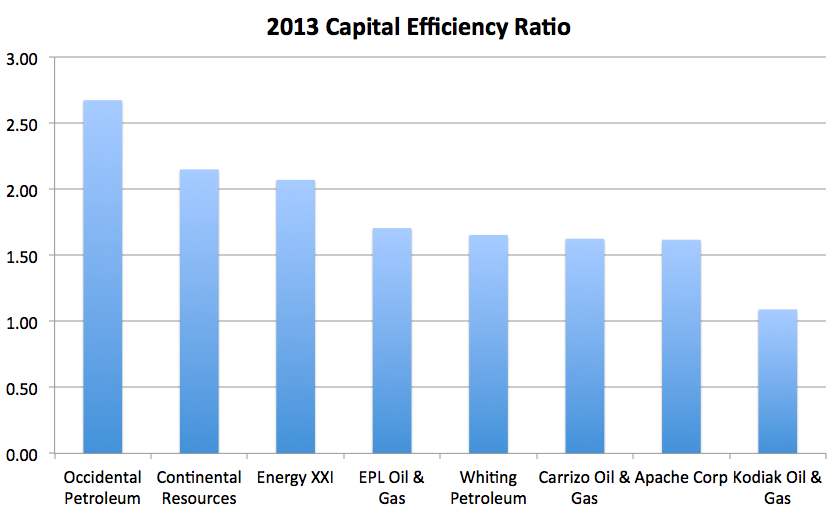 Van Gogh’s case is tragic. But this malady is actually one of my favorite things about the investment business. Specifically, that when a company does something truly great and ground-breaking, investors usually don’t get it—at first.

The Van Gogh syndrome is happening right now in the oil business. Where advances in drilling tech are creating outsized investment returns—which are being completely ignored by investors and project developers. Entire article below:

also This week in Pierce Points:

Barrick stockpiled unique uranium. The major miner is building a significant supply source as by-product from copper production in Zambia.

China turned its coal into plastic. Reports suggest that 80 to 100 Chinese coal-to-olefins plants may be under construction, potentially tying up coal supply.

Myanmar officially became a player in tin. With a potential shortagelooming for the little-discussed metal, a less-discussed Asian nation may be a development target.

This Is The Van Gogh of Oil Plays

Regarding the last item above, an artist friend reminded me this week of an evergreen quote from Walt Whitman:

“To have great poets, there must be great audiences.”

So true. How many master creators have gone unappreciated in front of uncomprehending masses? Even a virtuoso like Van Gogh was largely disregarded in his time—simply because audiences weren’t yet able to digest his boldness and brilliance.

Van Gogh’s case is tragic. But this malady is actually one of my favorite things about the investment business. Specifically, that when a company does something truly great and ground-breaking, investors usually don’t get it—at first.

The Van Gogh syndrome is happening right now in the oil business. Where advances in drilling tech are creating outsized investment returns—which are being completely ignored by investors and project developers.

It’s happening in the shallow-water Gulf of Mexico. Where companies are quietly creating some of the best returns on capital in the oil business.

This month we got updated reserves reports from U.S.-listed E&Ps—verifying the Gulf’s trend in motion.

Look at the numbers. Below, I’ve put together “capital efficiency ratios” for leading oil producers across a number of U.S. plays (I’m working on a more comprehensive report covering these numbers, which I plan to make available in the coming weeks). This is a simple metric—showing how many dollars in asset value a company created for each dollar spent on exploration, development and acquisitions. The higher the number, the more value a firm is creating. One name stands out from this analysis: Energy XXI (Nasdaq: EXXI). Because the company is achieving some of the best returns in the business—and not in a hot play like the Bakken or the Eagle Ford. But rather, in the out-of-the-way locale of the Gulf Shelf.

This region was traditionally worked by majors like Apache and Exxon. But those big players have been pulling out of late. With the play being seen as fully-explored and lacking in discovery upside.

That may be true. But there are still massive amounts of oil remaining here within known fields. Identified oil in place across the Shelf’s ten largest fields totals more than 3.6 billion barrels.

This is where firms like Energy XXI come in. The company has been picking off old oil fields from the majors—and using new drilling technology to go after all of the crude left behind.

The engineering behind this is of course advanced. But one of the major tacks is using horizontal drilling technology to go after by-passed pay.

Here’s how it works. The Gulf of Mexico reservoirs are largely a “deltaic” system. A setting where you get lots of sandstone layers piled on top of each other.

These sand reservoirs can be quite thin. Sometimes only several feet thick. Historically that was usually too small to be worth completing. Operators would simply pick the thick sands on a well log, and leave the skinny ones behind pipe.

But technology has changed that. With the main improvement being the accuracy of horizontal drilling.

Over the last few years, the oil services industry has made big advances in Measurement While Drilling (MWD) technology. Systems that tell drillers precisely where the drillbit is located in the subsurface. Using such advances it’s today possible to guide a horizontal well hundreds or even thousands of meters through a thin sandstone without veering too much up or down, out of the reservoir. Below is a schematic from a recent Energy XXI presentation. This is easy money, relatively speaking. There’s little exploration risk. As long you get the engineering right, you can add production and new reserves efficiently from old oil pools.

That’s why Energy XXI has been turning a dollar spent on development into an industry-leading $2.07 in assets.

Investors however, don’t understand this ground-breaking performance yet. Rather than commanding a premium for its growth potential (the way many onshore shale E&Ps are), Energy XXI today trades at a 25%discount to the value of its proved reserves. The company is simply seen as a boring, shallow-water play.

The overlooked opportunity here is interesting from a pure investment angle—and even more so from a projects perspective. Because no one has yet taken the value-creating drilling advances proven in the Shelf and put them to work in other oil plays.

Now is the time to do so. Because we’re at a pivotal period in the development of drilling services. My analysis over the last few weeks (thanks to those of you who provided input) reveals that a number of new, game-changing technologies are now available to oil developers. Tech that makes the U.S. horizontal drilling revolution ready for export.

This is driven by “bolt on” tools that can be attached to existing rigs anywhere in the world. Greatly improving accuracy. And allowing us to target millions of barrels in bypassed pay zones at mature fields.

Such strategy is creating some of the best returns in the business, as we speak. And it’s not going to remain a secret for long. For those of you working in clastic reservoirs globally, I’m starting up a new project immediately to unite new technology with the right oil fields. If you’ve got a fit, drop me a line at dforest@piercepoints.com. It’s going to be a story for the ages—and an unparalleled opportunity for early movers.

Like Van Gogh’s paintings, this seismic shift in the industry is taking observers some time to understand. But once they grasp the emerging numbers, it will be a work of art.

Here’s to the revolution not being televised,