This is going to be a challenge to survive 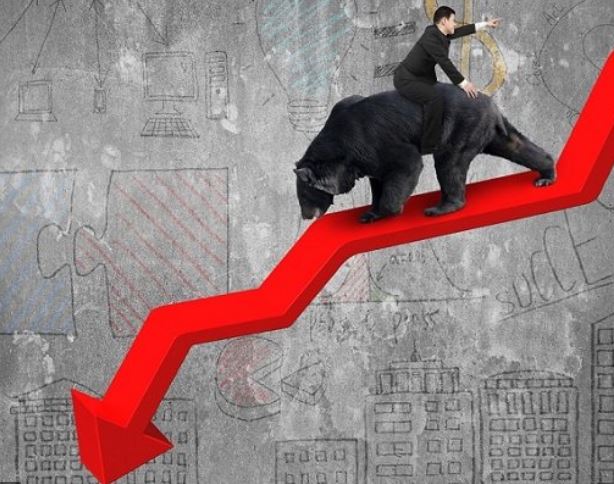 “I have never witnessed such complete disruption to the world economy on such a massive scale. This is going to be a challenge to survive.”
Martin Armstrong

That’s a serious statement and I’ll bet big time that it’s true.  Problems we’ve been warning about at the World Outlook Financial Conference and on MoneyTalks – pensions, sovereign debt, European banking disasters, political upheaval – they are happening right before our eyes, but few seem to understand (or care?) what’s going on.

This past week the former head of the Bank of England, Melvyn King stated that “we are sleep walking toward a crisis” that will surpass 2008.  We’re not talking about an event in the distant future. It’s already begun to happen, and as we go through the next two years everyone is going to be impacted.

I’ll give you an example.  In late September interest charged by banks to lend to other banks overnight jumped from 2% to 10% in a matter of hours.  In other words, banks were afraid to lend to other banks so they charged a massive risk premium forcing the Federal Reserve to inject $500 billion into the lending markets in just a week. And they’re still putting hundreds of billion in the system because lending banks are worried what’s on the balance sheet of the borrowing banks.

That’s what a liquidity crisis looks like.  Suddenly governments, pension funds and other major institutions trying to sell bonds can’t find a buyer.  That’s what happened during the 2008 credit crisis and the losses were huge. Pension funds are already being impacted by the manipulation of interest rates to record lows with over $15 trillion in negative yield bonds – but the losses during a liquidity and monetary crisis will be much greater.

I think most people had to know deep down that trying to solve the 2008 credit and debt crisis by encouraging more borrowing with record low interest rates would have consequences.

By the way, if you understand what’s going on and position yourself correctly not only will you survive this period but you’ll make a lot of money. For example, we’ve been talking about the problems in Europe pushing money into the US dollar and quality stocks in search of safety since 2010 and the Greek bond crisis.  And it’s still happening.  US stocks are making new highs while the US dollar continues to be the strongest currency in the world.

Our financial well being rests on understanding of what’s driving these events, yet few people seem to.  And by the way – while I appreciate there are a ton of opinions and analysis out there, the only way to evaluate and judge whether one approach or model is better than another is the examine the track record. And on that score I don’t know a better one than what we’ve produced at the World Outlook Financial Conference. We unequivocally forecast the record bull market run since March 2009 – and we haven’t changed our long term view.

Coming out of the turmoil and decline last November and December we predicted increasing volatility with indexes pushing to new highs.  And here we are over 10 months later and we’ve witnessed the volatility along with new highs in the major indexes.

Specific stock recommendations at the conference like Microsoft are up 35%, Xpel Inc is up 95%, Viemed is up over 85%, Go Easy is up 37%, Parkland Fuel is up 22%.  Our small cap portfolio put together with Ryan Irvine and Keystone Financial is once again up double digits. Virtually all recommendations are up with the notable exception of oil and gas stocks, but those recommendations were for people willing to hold 3 to 5 years. It wasn’t a trading recommendation so the jury is still out. At this year’s conference we will ask Josef Schachter for an update.

Making money and protecting you from losses is the goal of the World Outlook Financial Conference, and I’m very pleased with the results. For anyone who acted on the specific advice, the $159 ticket was probably the best investment they made last year.

Here’s A Bit of A Shock

What’s about to happen in the next 2 years is going to make the last five years seem tame. The Deutsche Bank’s financial problems are scaring bankers throughout the world, Europe’s sovereign debts are insurmountable, the Brexit outcome is still uncertain with the UK election on December 12th.  Can you imagine what the market response will be if Labour’s far, far left Jeremy Corbyn wins?

Our goal is to make sure you are not only protected from the fall-out of these events but also profit. Unfortunately, the vast majority of people won’t be prepared. For example, retirees aren’t going to receive the promised benefits in many cities and states. Consider that Illinois’ pension liability is now 280% of its entire annual tax revenues. Their state pension needs another $137 billion to meet their obligations – and it’s not going to happen.

The world is changing in dramatic fashion. Volatility is going to intensify. The World Outlook Financial Conference track record speaks for itself. Our official World Outlook Small Cap portfolio has delivered double digit returns every year. We can help you navigate those changes and the volatility.

To sum it up – this is my long winded way of saying I hope I see you at our 31th annual Conference along with speakers like Martin Armstrong, Greg Weldon, Ryan Irvine, and James Thorne to name just a few.

Then again, maybe you’re not interested – and believe me I get that. Maybe you already are on top of things. Maybe there’s something good on TV. I have no idea. All I know is that periods of historic change provide incredible opportunities and incredible danger.

All I’m trying to do is help you avoid the danger part and take advantage of the opportunities.

The 2020 World Outlook Conference is Friday, February 7th and Saturday, February 8th at the Westin Bayshore Conference Centre in Vancouver.  For tickets and other details CLICK HERE.

P.S.   Check our the list of “extras” with our VIP tickets – and the EARLY BIRD prices for the next few weeks!

As you may know I am hugely interested in educating our younger generation and to that end we have a special offer – if you buy a ticket – you can bring a student absolutely free. Simply add the student ticket(s) to your cart when you order your own passes.