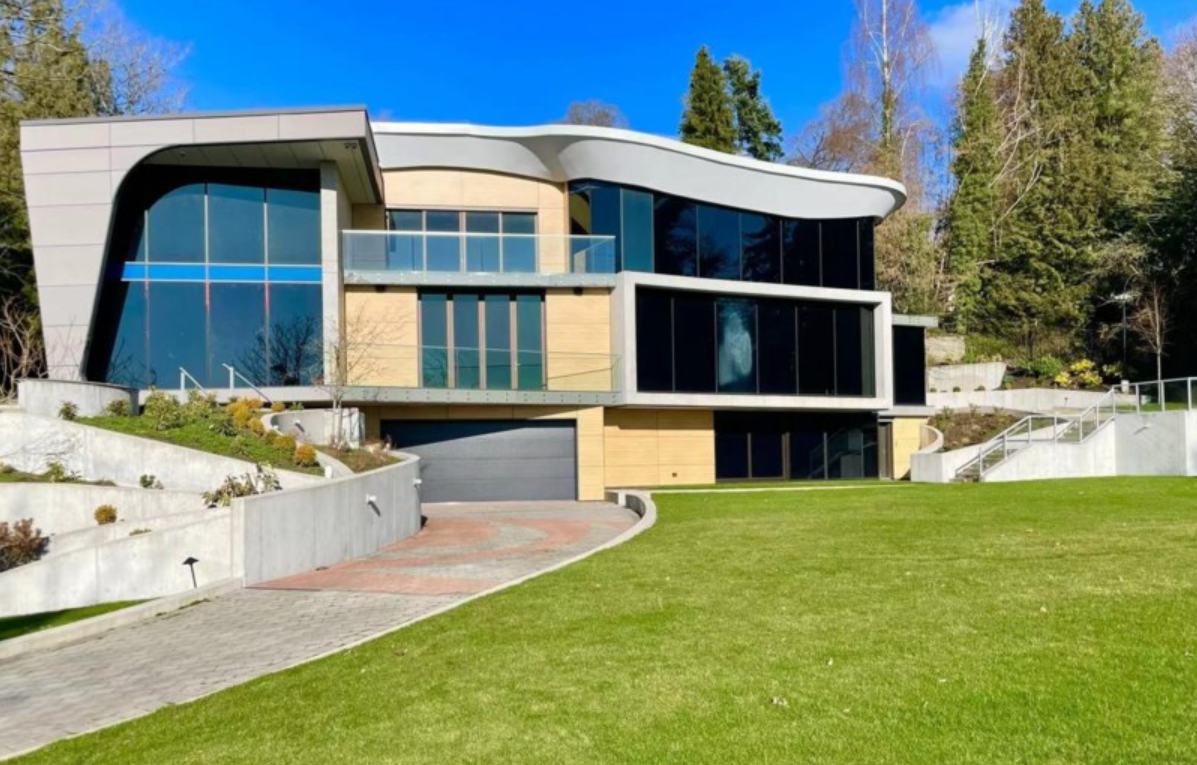 If this hasn’t been used as the home of some Admiral in a Star Trek film, then a location scout ought to be looking into it now.

While the home at 2606 Marine Drive looks like it could be located in San Francisco in 2365, it’s actually in present-day Vancouver in the Southlands. The futuristic look on the outside comes from a mix of curves, right angles, and glass, distinguishing it from the more run-of-the-mill modern designs.

However, that feeling isn’t just outside. Inside there are plenty of features that make it look like it’s from a sci-fi show. Like the lighting, recessed above the kitchen island, which itself has a clean, curvy design.

At $22 million there’s more than just some cool lighting and curvy bits.

While there’s not a lot of staging going on in the photos, it does give a clear, clean look at the space, like a sauna, a room that looks like a Dr. Crusher-worthy medical bay, and some of the seven bathrooms…read more.