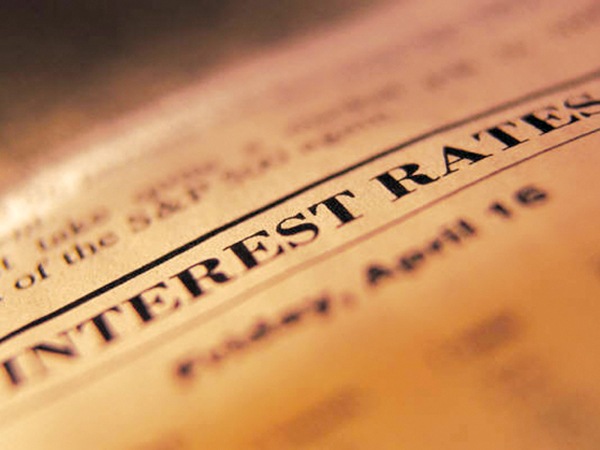 They say that one sign of creeping old age is that memories from past decades are more vivid than those from past days or weeks. They’re right. I don’t remember what I had for lunch yesterday but clearly recall bragging about refinancing our mortgage for 6% back in the early 2000s. That was a killer rate at the time, and my thought was that if banks were dumb enough to give us such cheap money for 30 years, then we should take as much as possible.

This illustrates the relaxed attitude about debt that a lot of baby boomers had back then, and also the way the previously-unthinkable becomes normal after a while. Where a 6% mortgage seemed cheap ten years ago, now 4% seems expensive. And apparently even 4% is now in the rear view mirror:

CHICAGO (MarketWatch)—Mortgage rates spiked over the past week, causing some to believe the ultralow rates of recent years could be gone for good.

The 30-year fixed-rate mortgage averaged 3.93% last week, according to Freddie Mac’s weekly survey of conforming mortgage rates. But the results to be released this Thursday could very well shock the average mortgage shopper, as the average rate for the 30-year mortgage could move closer to 4.5%—or maybe even higher than that, said Dan Green, loan officer with Waterstone Mortgage in Cincinnati.

“Since Wednesday morning [June 19], pricing is worse by roughly four points. This means that last week’s zero-point rate of 4.25% would require four discount points today,” Green said. A point is 1% of the mortgage amount, charged as prepaid interest.

“Since May 1, rising mortgage rates have reduced the purchasing power of U.S. home buyers by 18%,” he said.

Surveys by HSH.com pegged the conforming 30-year fixed-rate mortgage at 4.56% on Tuesday, said Keith Gumbinger, vice president of the consumer loan information firm. That’s up from 4.33% on Friday.

Mortgage rates started rising last week, after Federal Reserve Chairman Ben Bernanke spoke of the Fed’s intention later this year to scale back the stimulus program that kept rates low. Rates jumped again over the weekend, a reflection of the unsettled market.

Gumbinger said it’s likely the market overreacted and that mortgage rates could move downward. But it’s probable that very low rates are gone for good. “Do I think we’re going back to 3.5%? No. Do I think we should be closer to 4% than 4.5%? Probably,” he said.

Even if market did overreact, it doesn’t necessarily mean that rates will reverse, Green said. “Mortgage rates are trading on fear and sentiment, and right now those forces are pulling rates higher.”

What it means for housing

The rate spike reduces the number of people who could benefit from a refinance. When people save on their mortgage each month, that extra money in their pockets can be spent elsewhere, also helping the economy.

But the new concern, Gumbinger said, is how much rising rates will affect the housing market recovery.

Borrowers on the cusp of affordability to begin with could become priced out of the market in a rising-rate environment, Gumbinger said.

Some Thoughts
Mortgage rates are a crucial piece of the transition to a post-quantitative easing economy. “Normal”, historically, would be 7%, or roughly double the rate that ignited the past year’s mini-housing bubble.

What would this do to the average buyer’s ability to get out of their existing house and into a bigger, better one? It would definitely change the calculation for the worse, but how much worse? The answer is probably not within the housing market but the overall economy. Things nearly fell apart back in 2009 because society-wide debt had grown to unmanageable levels. The only way to keep the system together was for interest rates to fall to the point where debt service costs were commensurate with a much smaller debt load.

In the ensuing four years we’ve lowered consumer debt a bit but replaced it with a more-or-less equal amount of government debt. So the system remains just as leveraged as it was in 2008. The plan seems to be to take that same amount of leverage and impose the interest rates on it that were in place in 2008, and to hope for a different outcome. As with so many other things, you have to wonder if they’ve thought this through.

Things have been a little erratic lately here in US, but not really headline-worthy. The economy continues to grow, sort of, houses continue to sell and stock and bond prices fluctuate but can’t seem to follow through in either direction. We are not, in short, engulfed in any kind of crisis.

But out in the world, especially in once-hot emerging markets like Brazil and China, the story is very different. As Prudent Bear’s Doug Noland explains in his most recent Credit Bubble Bulletin: