Posted by Victor Adair - Live From The Trading Desking Desk 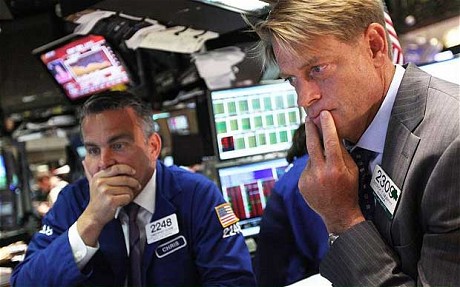 Trump “is not happy” with the Fed raising interest rates…claiming that rising rates hurt the American economy and cause the US Dollar to rise…that a rising US Dollar makes America less competitive. My good friend Dr. Martin Murenbeeld, (www.Murenbeeld.com ) has long argued that the best way to correct the huge American trade deficit is to drive down the USD…especially against overvalued Asian currencies.

Trade wars: In my July 7/18 notes I quoted Christopher Wood of CLSA as saying that “politics” have replaced Central Banks as the most important driver of world markets. I agree and I see Trump as the epicenter of “politics.”  Trade wars (Trump Vs. the Rest of The World) are a sub-set of “politics” and Trump is now threatening to escalate again with 25% tariffs on auto imports and up to $500B of tariffs on Chinese imports. In my June 9/18 notes I wrote that trade tensions were growing as Trump steps up his game…and that he was just getting started.

“Currency wars” are another sub-set of politics and Trump has linked “currency wars” to “trade wars” by declaring that the EU and China are deliberately devaluing their currencies to gain a competitive advantage over America. There may be some truth to that…at least in China’s case…and Trump has a point when he says that high US interest rates push up the US Dollar. But the New Fed is doing the right thing by boosting rates from “emergency” levels…the economy is strengthening and is able to deal with rising rates. But capital flows to America for safety and opportunity…not just to pick up yield.

The US Dollar Index (USDX) hit a one year high this week following Powell’s Congressional testimony. Powell said that the US economy is doing fine and that  the Fed will likely continue to gradually raise short term interest rates. The Dollar fell from those highs on Thursday’s CNBC Trump interview and fell further Friday morning on Trump’s tweets. The Chinese Yuan has fallen ~8% since its April highs (when the USDX was near 3 year lows) with most of those gains coming since early June when the US hit China with $34B in tariffs. Trump has a point: this looks like the Chinese have manipulated their currency lower of mitigate the effect of tariffs…but…it also looks like the Chinese economy has been slowing with the Shanghai stock index down >20% from its January highs and with 2 year interest rates falling from ~4.75% in January to the current level around 3.5%. As the Chinese currency has fallen so have the currencies of nearly every Asian country as they need to stay competitive with China. The Indian Rupee has fallen to fresh All Time Lows. Capital is flowing out of Emerging Markets…the “stealth strength” of the USD that I have been writing about for the past few months.

The Euro Currency has chopped sideways between 1.16 and 1.18 since hitting 10 month lows in late May on the Italian “existential crisis.” US 2 year gov’t interest rates currently yield ~3.25% more than 2 year German gov’t paper…which is a substantial inducement to sell EURUSD…so once again Trump has a point…relatively high US rates boost the USD.

The Canadian Dollar (CAD) has been on a roller coaster ride on the daily and hourly charts since mid-April when the US Dollar turned higher…but on the weekly charts it has clearly been trending lower since hitting a 2 year high near 83 cents in September 2017. CAD has weakened as diverging policies between the Canadian and American central banks have widened the American interest rate premium, as Nafta and “trade war” concerns hit the market, as the USD rallied against other currencies and…to a lesser degree as commodity prices fell.

Gold has been negatively correlated with the USD falling ~$150 to one year lows since the USD began to rally in April.

Crude oil prices have also been hugely affected by “politics.”  The rally in WTI from last summer’s lows around $42 to the recent $75 highs was largely on the back of the political collusion between the OPEC cartel and Russia to reduce supply. The jump from around $64 to $75 in late June was largely due to fears that Trump’s sanctions on Iran were going to be much harsher-than-expected while the break from the July highs was accelerated by Trump’s demands that Saudi Arabia should increase production…and Trump’s talk that maybe the US should sell oil from the SPR. (The cynics say he wants lower gasoline prices going into the November mid-term elections.) Another aspect of the political impact on oil prices is the thought that oil could tumble like it did in 2008 if the world falls into another financial crisis as a result of escalating trade and currency wars. BTW: US domestic production hit another all-time high above 11 MBD and Russia appears to now be pumping as much (or more) than they were prior to their production cutback agreement with OPEC.

Commodity prices have been hurt by trade war fears / slowing demand / unwinding of speculative positioning / and a rising USD. US soybeans have dropped over 20% in the last 6 weeks, copper fell nearly 20% in a month while Nickel was down 16% and zinc fell 23%.

My trading this week: I sold CAD short early in the week thinking that the USD correction was over and took profits before Trump’s CNBC interview caused the USD to tumble. I took profits because I thought CAD should have been weaker that it was…given the weakness in other currencies…so I was just lucky to be out when the Trump/USD news hit. I’m flat at the end of the week.