There’s a Panic Cycle Coming in the Last Week in January! 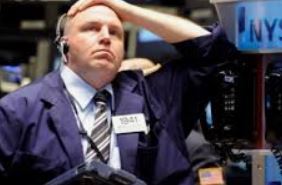 Martin Armstrong’s computer model predicted the high in the NASDAQ in August, the peak in the S&P 500 in September and forecast the high in the Dow Jones in the first week of October.

The model then warned of a panic cycle in late November, which coincided with a critical turning point. The market proceeded to drop 3,000 points plus. The model called for the low on December 26th (a remarkable call) and the subsequent market rally.

None of this is a surprise to people familiar with the Armstrong Computer Model. Many remember the model also predicted the Trump Presidential win and the Brexit vote. It correctly predicted the high in Bitcoin in December 2017. In January 2013 at our World Outlook Financial Conference, Martin told us the Russians would invade Ukraine the next month after the Olympics were over.

I’ve been following Marty’s model since 1983 and in that time it has accurately predicted so many major events – from the date of the fall of the Berlin Wall to the top of the Nikkei Index in 1989.

The Trade Of A Lifetime

Given that track record, how can’t we be interested in what Marty calls the coming “Trade of a Lifetime”?

Regular attendees of the World Outlook Financial Conference heard Marty’s forecast in 2013 that the Dow Jones was on its way to 18,000. His model forecast that it would break that barrier and move up to 23,700.  The Armstrong model told us the Trump victory would propel the market to the next leg up to over 25,000. From there it predicted the tops I mentioned in August, September and early October.

Are the recent declines the model anticipated the beginning of a new bear market or just a correction in the ongoing major uptrend? The Armstrong Model is now predicting a panic cycle in the last week of January – what does it mean? As Marty says, Panic Cycles are notorious for trapping people on the wrong side of the market, so obviously it’s essential to be on the right side in order to protect yourself and profit from what’s coming.

Marty will answer these questions when he joins me on Friday evening, Feb. 1st and Saturday afternoon, Feb 2nd  at the World Outlook Financial Conference in Vancouver at the Westin Bayshore Conference Centre.  I’ll get the specific numbers he’s watching that would trigger a dramatic change in trend – and necessitate taking direct action.

I’ll also ask him about what he calls the “Trade of a Lifetime” and how we can position ourselves to take advantage of, what he says, will be a lifetime opportunity to make money.

Marty warned 2018 would be the beginning of the Monetary Crisis that would impact every market. Certainly if you had taken his advice in 2012 and converted your Canadian dollars for US greenbacks you’d be way ahead but we are no where near the end of that trend.

Volatility is the norm – massive movements like we’ve witnessed this past year in stocks, currencies, bonds, real estate are just the beginning. There’s much more to come – which is why I am so pleased to present someone I consider the foremost economic and financial forecaster in the world.

One More Question:  Why Does He Do It?

Armstrong Economics is in demand throughout the world. They advise on literally trillions of dollars worth of investments. The Wall Street Journal called him the highest paid financial advisor in the world.  So why does he find the time for us no matter where he is around the globe?

Simply put, there are two reasons. First off, we’ve been good friends for over 35 years and he has always been generous with his time and support. And secondly, he has a major commitment to helping individuals, (especially our children who are inheriting this financial mess), navigate through these increasingly volatile and chaotic times.

I hope you to take advantage of the opportunity to attend this event. I’ll see you there.

PS Getting the chance to hear Marty is one of the best reasons to bring a younger person to the conference. It will be an amazing eye opener that he or she won’t get at university or in the mainstream media. That’s why we have a special offer – if you buy a ticket – you can bring a student absolutely free.   The only thing is that we ask you to let us know that you want a student ticket when you purchase your ticket. We have only 23 of these tickets left so please don’t wait.

Can’t Attend in Person? As always we will offer the entire Conference in HD Video. The online streaming archive offers unlimited viewing, on your schedule, uploaded within 48 hours of the events’ conclusion.