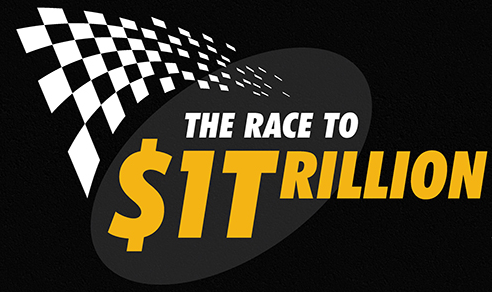 Ever since Apple and other Big Tech companies hit a market capitalization of $1 trillion, many sectors are revving to follow suit—including the automotive industry.

But among those car brands racing to reach this total valuation, some are closer to the finish line than others. This visualization uses data from Yahoo Finance to rank the world’s top car manufacturers by market capitalization.

What could this spell for the future of the automotive industry?

It’s clear one company is pulling far ahead of the pack. In the competition to clinch this coveted title, Tesla is the undoubted favorite so far.

The electric vehicle (EV) and clean energy company first became the world’s most valuable car manufacturer in June 2020, and shows no signs of slowing its trajectory. Tesla’s competitive advantage comes as a result of its dedicated emphasis on research and development (R&D). In fact, many of its rivals have admitted that Tesla’s electronics far surpass their own—a teardown revealed that its batteries and AI chips are roughly six years ahead of other industry giants such as Toyota and Volkswagen. CLICK to view infographic