The World Economy Is Resetting – Are You Prepared? 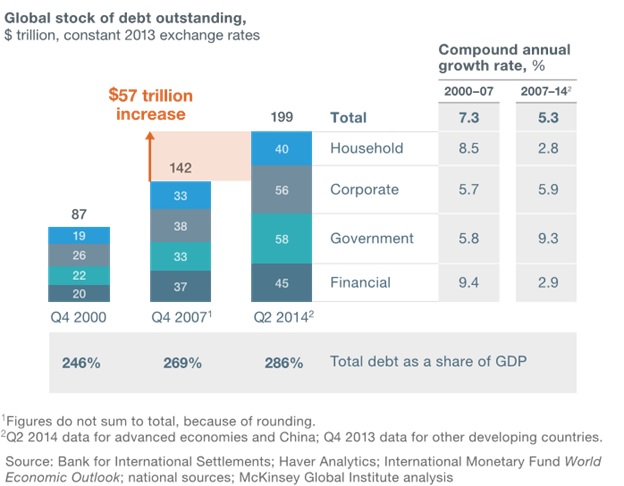 The major global economies have had a staggering debt of $199 trillion as of Q2 of 2014. The most recent figures will be closer to $230 trillion because, after 2014, the ECB, Japan and China have all resorted to ‘massive monetary easing’ programs while the US debt continues to escalate, with every passing second.  The total debt, as a percentage of GDP, stood at 286%; the latest numbers will prove to be much worse.