The US Dollar, What If Everybody is Wrong? 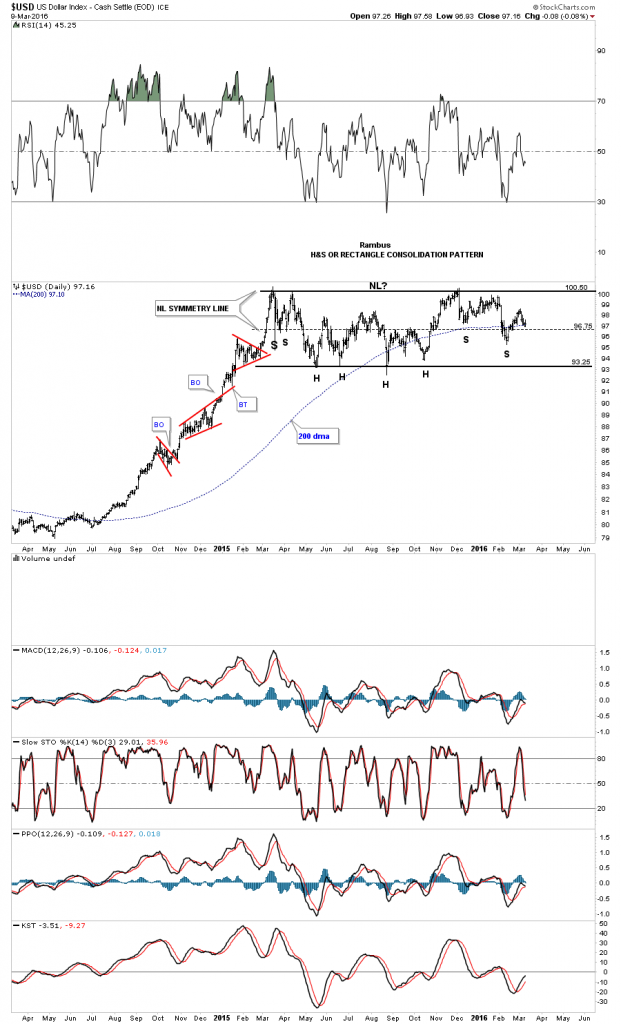 It’s been awhile since we last looked at the US dollar which has been consolidating its big impulse move up. The reason I haven’t posted it much is because it’s stuck in a sideways trading range going back over a year now.

However there are not two but THREE possible outcomes to this present trading range.

For the Bulls , the breakout is in progress with a present backtest of the bullish flag .

For the bears , if the 200 day ma fails to hold support in this general area for the bottom of a right shoulder, a move back down to the bottom of the trading range would then setup the possible rectangle consolidation pattern around the 93.25 area. The least likely, but is possible, is a huge double top if the price action breaks below the bottom rail.

The third possibility , the one most don’t consider , is a prolonged trading range.  At this point I favor the sideways trading range that forms a rectangle consolidation pattern as I explain below.