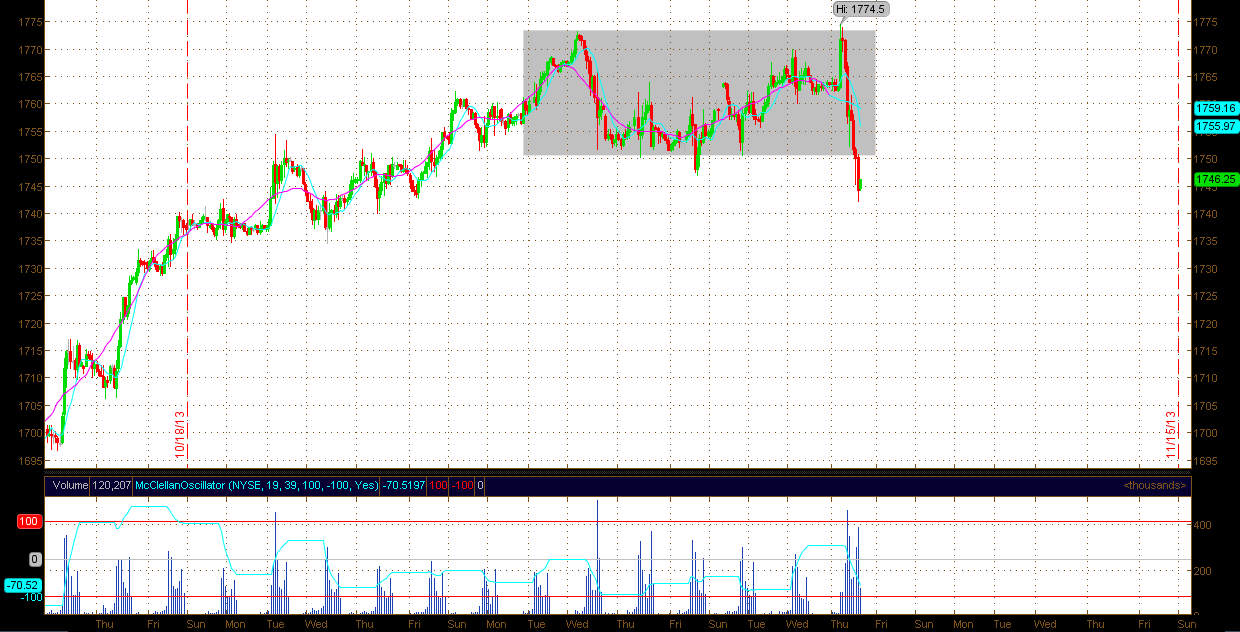 Wednesday morning I wrote the following:

“Another all-time high in the Dow Industrials this morning with non-confirmation from the S&P and Russell. Tomorrow we will get the Twitter IPO hooplah which might very well coincide with another all-time high for the S&P 500, a confluence which will only serve to stir the animal spirits more than they already are.

The Investor’s Intelligence survey confirms that the spread between bullish investors and bearish investors is the widest it’s been since April 2011 (a particularly frothy month for markets which preceded a major top in stocks).

Would it be too perfect for the Twitter IPO to mark the top of the rally? Probably. However, savvy investors should probably cast at least one skeptical eye towards a $20 billion valuation for a money losing business that for all intents & purposes has been sliding backwards in terms of its “coolness” factor for many months.”

This morning we got another marginal all-time high in the S&P E-mini futures following the surprise ECB rate cut announcement: The 1774.50 high print was hit shortly after the 7:45am ECB announcement, however, sellers showed up in aggressive fashion as soon as the US market opened at 9:30am EST and they did not let up all the way through to the closing bell.

The Twitter IPO turned out to be a major distraction which captured headlines…..