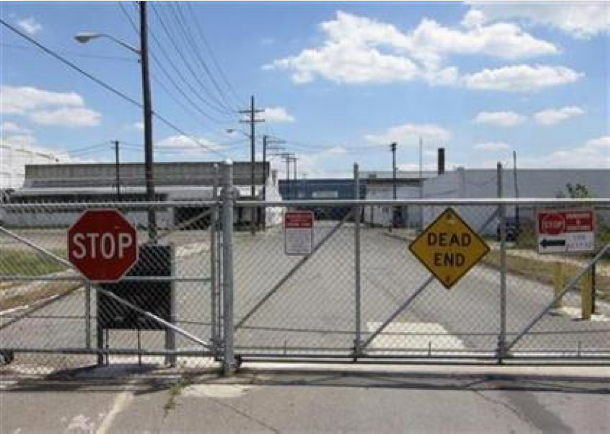 Most people do not realize but there is a Commodity Empire that is run by New York’s biggest
banks/Investment Banks that are in a continued struggle with the Federal Reserve over the right to
retain the power of their commodity trading empires. They control the storage warehouses, storage
tanks, and silos constituting hard assets worth multi-billions of dollars. But it also gives them inside
information regarding inventories and the ability to manipulate the prices by moving inventory back and
forth to unreported warehouses or to London.

At the center of this power struggle has been the issue of their proprietary trading under the new
derivatives regulations. Ever since the 2008 financial crisis, the fight by Goldman Sachs, JPMorgan Chase,
and Morgan Stanley to retain or expand their valued physical commodity operations has been roaring
silently behind the headlines of mainstream media.

This is coming to a head and the Fed will most likely yield allowing banks more freedom to invest in the
physical commodity world even far more than they did prior to 2008. True, the Fed could order them to
sell off the assets that they use to boost their inside trading ability. However, it is unlikely that the Fed
will really enforce the ban on such trading. Goldman has been arguing that they have a right to remain
in that business for it is what you call being ‘grandfathered’ in prior to 2008 and are thus part of their
“merchant banking” investments, promising to keep them segregated from the trading desks – fat
chance!

The whole problem with the New York Banks is that they are greedy. They are just not satisfied being
banks. They began merging with commodity firms in the 1980s. They began speculating and then to
reduce risk, they formed the “club” and began infiltrating government to change the direction of
regulation. When they lose, they are always bailed out and when they win, they keep the profits.
Regulators and lawmakers have allowed them to do as they like. As long as the government needs to
borrow money every year, they are scared to death to really regulate the banks at all beyond pomp and
show. In theory, the banks are under pressure to reduce risk on their balance sheet and that would
seem to suggest that they should get out of the commodity business. Morgan Stanley is the only one of
the three that has any foundation to be in the business. They are an Investment Bank with real live
brokerage operations. Goldman does brokerage for institutional clients, but that is primarily so they
have also access to inside information. They are not a national retain firm and in the crisis, they applied
to become a bank to be able to borrow from the Fed.

While the Fed’s does not want to appear to be accommodating, most politicians will not say anything
until the shit-hits-the-fan again. Hell, most are hoping Goldman will hire them. The notion that the
sentiment in Washington is somehow about reducing risk, let’s face the truth, most on Capitol Hill are
clueless about what is risk. So while the drama circulates around pretending the banks may lose their
commodity power, it is unlikely to ever happen. It is just more pomp and circumstance without substance.

Martin Armstrong is offering you an opportunity to buy ancient Roman Coins: The response to the offering of Roman Coins was simply overwhelming. So many people have written asking how they can buy Roman Coins and others realizing these are from the 3rd Century have asked are there examples available documenting the collapse of the monetary system? I have contacted some old friends with respect to making available a selection of Roman coins of this 3rd Century period for those interested in owning a piece of real live history and/or demonstrating the Monetary Crisis that led to the fall of Rome from a hoard of Roman coins.

Because of the turmoil of the 3rd Century and precisely the dangers we face today as government goes after citizens hunting down their wealth to confiscate to sustain their existence, what happens is they cause capital to hoard reducing the VELOCITY of money. Hoards of Roman coins of earlier chaotic periods exist, although much fewer in number. Consequently, the earlier coins tend to be much rarer. As shown above, here are two gold coins from the Post-Caesarian Civil War period (44-42BC) that followed the assassination of Julius Caesar. In the case of Brutus, a non-portrait silver denarius would bring generally $2,000-$5,000 where a silver EID MAR (bragging he killed Caesar) would be $25,000-$100,000. There are only two gold EID MAR (Ides of March) coins and these today would bring more than $1 million. The gold Ahenobarbus (supporter of Brutus) would bring well over $50,000 today.

Hoards of the 3rd Century are far more common. Pots with up to 50,000 coins have been discovered, but of course the condition is often well corroded making such coins worth perhaps $10 simply because they are a relic of the past and a piece of history. Silver and gold coins endure through the ages much better than bronze. Thus, condition of coins during the 3rd century does help to reduce the supply of decent well preserved coins in proportion to the bulk that are found over time.

Consequently, those asking the question: Is it possible to obtain coins showing the drastic collapse in silver content of the 3rd Century? This collapse took place during the reign following Valerian I (253- 260AD) who was captured by the Parthians (Persians) and stuffed as a wild animal trophy upon his death. His son, Gallienus (253-268AD) made no effort to rescue his father and the economic collapse thereafter is easily seen in the coinage. So the answer is yes! I have made arrangements for those seeking such an example of the Monetary Crisis of the 3rd Century.

This is an accommodation – not a business The quality of these coins is virtually Extremely Fine without corrosion. All names are legible. These are the selected quality from the hoard and and are not the typical low grade junk often sold. This provides a good sampling of this period (minus the extreme rarities) that have survived thanks to the tremendous economic upheavals of the times that led people to burry their wealth.

Set of 15 one average coin of the above non-corroded, Very Fine condition all readable $595 (suitable for non-collectors)

Set of 16 above with (2) Gallienus (Silver/Bronze) Extremely Fine Top Grade all readable $2450.00 (with silvering largely intact where noted)

Prices include shipping. Payment is acceptable at: ArmstrongEconomics@HotMail.COM