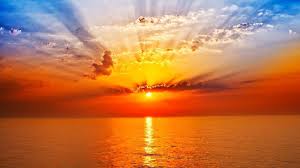 “Early to bed and early to rise, makes a man healthy, wealthy, and wise,” Ben Franklin advised almost 300 years ago.
Getting to work early is such a common virtue of successful people, I’m tempted to call it the single most important thing you can do to change your life.
I wasn’t always an early riser. For most of my 20s, if I saw the sun rise, it was before going to bed. And in my 30s, I’d struggle to get to the office by 9 a.m.
I wasn’t afraid of the work. Most days, I put in 12-14 hours. But since I’d accustomed myself to late hours in college and graduate school, I saw no reason to change my waking and sleeping habits.
“I do my best work after midnight,” I used to say. And for a while, I even believed it.
My conversion happened in my early 40s… after I’d already become financially secure. So I can’t argue that it’s impossible to become successful unless you get up early. I did it. Plenty of others did, too.
But I can say the success I’ve had since then has been more dramatic… and has come a lot easier.
At the time of my early-riser conversion, I was working about 65 hours per week. I was beginning each workday at 9 a.m., working until about 8 p.m., and working at least half a day on Saturday and Sunday. (Needless to say, I wasn’t seeing much of my family.)
My partner at the time was getting to work at 7:30 or 8 a.m. (I can’t be sure, of course, since I was never there to greet him!) and leaving at about 6:30 or 7 p.m.
He was working about the same number of hours as I was during the week – but he didn’t work at all on weekends.
I was jealous of his weekends. I promised myself repeatedly that I wouldn’t work weekends either.
But when Friday came to a close, I never felt my work was done. There were always several very important matters needing attention. Therefore, one weekend after the next became filled with catch-up work.
My family didn’t like it. I didn’t like it. But the really frustrating thing was nobody at work seemed to notice all the extra time I was putting in. In fact, I was getting ribbed about coming in late.
After working especially late one night, I stopped for gas at about 2 o’clock in the morning.
As I handed my credit card to the lady in the glass booth, she said, “Man, you look beat!”
“I’ve been working almost 12 hours a day,” I told her. “And half days on weekends.”
She looked at me, unimpressed.
“You talk about it like it’s a virtue,” she said.
“Well, if working long hours isn’t a virtue,” I shot back, “what is?”
“Getting to work first,” she said.
It was bizarre – being lectured about virtue by a gas jockey at 2 a.m. But I knew she was right.
For all the extra hours I put in, my partner – who had his weekends free – had cornered the market as far as the Puritan work ethic was concerned.
He seemed more virtuous not only to our employees but also, I suddenly realized, to me!
There’s something about getting in earlier that seems wiser, nobler, smarter, and just plain more industrious than working late.
Getting to work earlier says something about being energetic, organized, and in control.
Staying late leaves the opposite impression: You’re diligent but disorganized, earnest but erratic, hardworking but a drudge.
In his book, How to Become CEO, Jeffrey J. Fox puts it this way:
The lady in the glass booth was right. Getting to work first was better than working until dawn. From that moment on, I resolved to get to work earlier.
And I did.
At first, it was difficult… and my success was sporadic. But then I came upon a plan that worked.
I resolved to set my alarm clock a minute earlier each day. A single minute would feel like nothing, I figured. Yet in the course of two months, I would have moved the start of my day back by an hour.
I used this minute-per-day program to move my at-work time from 9 a.m. to 8:30 a.m… then to 8 a.m… and then to 7:30 a.m.
Nowadays, I typically wake up at 5:30 a.m. and arrive at my desk (or my workout) at 6:30 a.m.
Taking that path made a big difference in my life. And I’m not the only one.
There are several studies showing successful entrepreneurs – and most CEOs – get to work at least an hour before their employees.
Most of the wealthiest people I know get up early.
In fact, this is such a universal trait among successful people that I WILL now call it the single most important thing you can do to change your life.
Regards,
Mark Ford
Editor’s note: For the past six months, Mark has been working on a special project only a few of his employees know about. It’s the culmination of his 35 years of experience in building wealth for himself and his protégés. And in just a few weeks, he will reveal it to select readers…
He’ll show you exactly what you need to do to create more wealth. You’ll learn every detail, shortcut, and “loophole” he has discovered. For example, Mark has discovered a way for you to make an extra $20,000 to $100,000 this year. To put your name on the “preview” list and get exclusive wealth-building content – for FREE – click here.