The Sidelines Could Be More Dangerous Than Getting on the Field 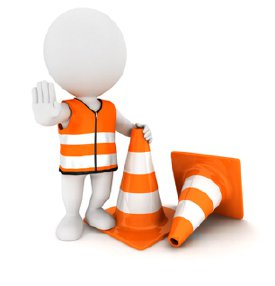 A year ago at this time, it was hard for investors to find available inventory for the most popular silver products – as well as some gold coins. Premiums for the silver American Eagle reached nearly $6.00 per coin. Mints and refiners couldn’t keep up with demand, and long lead times became par for the course across the silver product line.

Today, retail buying of physical silver has slowed considerably. There is lots of inventory in dealer vaults and the number of bullion investors looking to sell is on the rise.

Demand slowed even though nothing has changed the underlying fundamentals of metals markets. The world financial system is even more rickety today than it was in 2007, just before the last crisis. Bullion premiums are at the low end of their range. And prices finally appear to have bottomed and turned up. Yet bullion investors are largely sitting on sidelines.

Let’s take a look at why…

For starters, uncertainty rules the day, and not just in the precious metals. Retail investors aren’t buying the economic recovery story and the record high prices in the stock markets either. Year to date they have pulled roughly $100 billion from U.S. equity exchange traded funds (ETFs). Much of that was diverted into bond funds.

Uncertainty Has Led to Paralysis

Then there are the questions surrounding this year’s presidential election. Investors aren’t merely uncertain. They are profoundly nervous when it comes to whether “The Donald” or Hillary will win and what that victory might mean. Regardless of which candidate wins, it appears at least half of the country will be very unhappy and gloomy about the national prospects. The price action in metals may also be giving investors pause. Gold and silver were among the best performing assets for the first 6 months of the year. That means they’re moving from the perception of being cheap to expensive for some buyers. Others still wonder if the recent breakout in prices is the real deal – or whether it’s simply another short-term uptick in a continuing bear-market cycle.

Fatigue could be the biggest factor weighing on demand in the bullion markets.

Buying interest for coins, rounds, and bars was literally off the charts for much of the past decade. A wave of tuned-in people responded to repeated warning signals by aggressively building their stash.

For years now, one extraordinary event has followed another – Quantitative Easing, geopolitical turmoil, institutional fraud, you name it. However, the lifecycle of news events keeps growing shorter as fatigue takes its toll. Investors are finding it harder to stay engaged on big stories. Brexit, as a recent example, may well signal the end of the European Union and the euro, but its significance among investors faded within days.

This is compounded by the fact that markets are heavily managed to avoid immediate turmoil and postpone the consequences. Central bankers intervene everywhere, always ready to start buying whenever the headlines cry for investors to sell.

It is both tiring and frustrating to continue reacting to headlines, particularly when interventionists and high frequency trading algorithms stand ready to punish anyone who takes evasive maneuvers.

Investors Sitting in Cash for Protection Are Fooling Themselves It isn’t hard to understand why investors are seeking the sidelines. They are worn out and confused about what to do. So they hope to sit out of the game for now by holding cash or parking funds in a bond ETF.

The problem is that bankers and their comrades in Washington DC built the unstable financial arena everyone plays in, and they run the game. Contrary to conventional wisdom, the sidelines are no place for respite.

They are an illusion. You can hold cash or bonds with 5,000-year-low yields, but whether you realize it or not, you remain in the game, ready to be run over by currency debasement… or something far worse.

Anyone who wants to sit out needs to walk out of the arena. The only way to do that is to buy and hold physical bullion along with other non-paper assets. Then sit and watch what happens in the rigged paper game without worrying about the outcome.

Clint Siegner is a Director at Money Metals Exchange