The Seeds of War Are Now Everywhere … 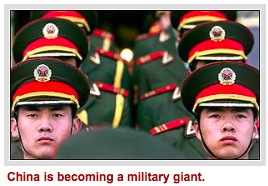 In many previous columns and many other publications, I’ve shown you how the war cycles turned violently higher in late 2012. I also addressed the issue of war, and its implications for the markets, at the Weiss Wealth Symposium in January 2014 — telling you in no uncertain terms — how vitally important it is that you understand these forces to protect and grow your money going forward.

It’s a topic that no one likes to talk about. Yet I’ve studied the history and cycles of war in detail, and I do not like what I see happening now in the least bit.

But it’s clear to me that there are many seeds of war now being sown, in many different areas. And the amplitude and frequency of the events related to them are increasing, almost exponentially. First, we have the rising military might of China, and its territorial expansion into the South China Sea and the Spratly Islands.

Beijing wants control over the vast oil reserves in those regions, which could turn out to be the biggest in the world. Beijing also wants to exercise control over the vast, hugely important shipping lanes in the South China Sea, another reason we should all be concerned.

Make no mistake about it, China is becoming a military giant. It now has the largest number of active-duty troops in the word, at 2.28 million soldiers.

Second, we also have rising cyber espionage, all over the world. Much of it instigated by China and North Korea. The media call it “hacking.”  I call it “spying.” Either way, there’s a good chance we may one day, not too far into the future, see a full-scale cyber war break out.

Third, we have Iran and Israel, the Middle East. Always a problem, my models show this year could be the year that a full-blown war breaks out in the Middle East. The Arab Spring was merely a prelude, one that has sown the seeds of war and uprisings and rebellions all over the Middle East.

And then there’s ISIS, of course, and Boko Haram, not to mention all the other, smaller, but nonetheless, dangerous terrorist and separatist groups running rampant all over the world.

But the area that worries me the most is none other than Europe, where the demons of previous wars are still very much alive.

Europe is a cesspool of rotten politics, inept leaders and a monetary system that was flawed from the outset.

It’s gotten so bad now in Europe, the rise of neo-Nazi parties is astounding.

In Greece, the neo-Nazi “Golden Dawn” party has risen in popularity from 0.3% of the Greek people polled in 2009 to as much as 7.0% late last year. A 23-fold increase in just three years.

Germany’s Angela Merkel is now being portrayed in many European publications in Nazi garb.

From the north of Europe to the Mediterranean in the south, fascist and neo-Nazi parties are growing at an alarming rate. As EU Home Affairs Commissioner Cecilia Malmström recently stated, “Not since World War II have extreme and populist forces had so much influence on the national parliaments as they have today.”

Will Europe See a Civil War?

Yes, it will. Bavaria is gearing up to secede from Germany. Scotland from Great Britain. Great Britain from the European Union (next month). Northern Italy from Southern Italy.

Catalonia from Spain. And more.

So unless the Troika (the International Monetary Fund, the European Commission and the European Central Bank) back off of the weaker, heavily-indebted countries, which is not likely, yes, I believe Europe is headed toward massive civil unrest and war.

Then there’s Russia, whose latest maneuvers in the Baltics — even taunting U.S. military aircraft and a naval fighter — are sure fire signs Putin is still intent on taking back previous Soviet satellite states.

Also keep in mind that while there are no clear estimates on how much Russian money, legally or illegally, is spread out over Europe, it’s safe to assume there are boatloads. In 2012 alone, an estimated $56 billion left Russia, much of it going into Europe.

Then there’s the European energy sector, largely controlled by Russia. The European Union depends on Russia for more than 32% of its crude oil, and nearly 39% of its natural gas needs.

Germany depends upon Russia for as much as 36% of its energy needs.

Sadly, based on my work on the war cycles and what’s happening now in the next phase of the great financial crisis and Europe’s sovereign debt crisis — war and massive civil unrest in many parts of the world is a very real threat, and it’s already starting to impact the financial markets.

It’s a major geopolitical reason why the dollar bottomed last week and is now heading back up to new record highs above 103 on the Dollar Index.

It’s all a major part of gold’s initial rally, which is now — just as I had forecast — correcting, pulling back and testing support, and getting ready to blast off again, in June. Ditto for mining shares.

And, it’s a major reason behind my longer-term forecast for a much higher U.S. equity market. Frightened capital from all over the world will pour into the U.S. and emerging markets of Asia.

The rising tide of the war cycles and geopolitical tensions are also patently obvious in the presidential election cycle right here in the streets of the great U S of A. Establishment versus anti-establishment. Rich versus poor. Independent wealth versus PAC money. And more.

Bottom line: The war cycles and geopolitics are the driving forces behind almost all markets these days. Not central banks. Understand that single force — and all its implications — and you are well on your way to not only protecting your money, but also growing it in spades.

related from Larry: War Cycles: After Brussel’s Tragedy Where Do They Stand