The Real Story To Watch is China Not Greece

Posted by Stephen Engle via Bloomberg 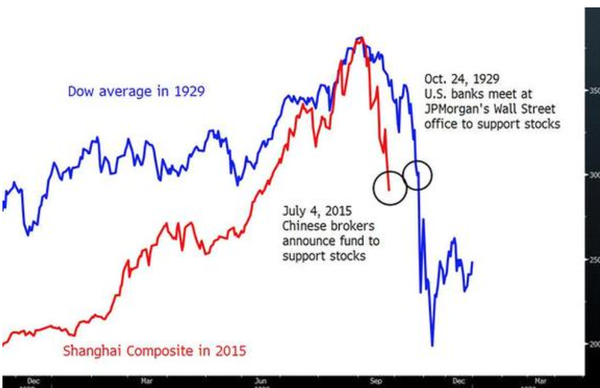 China’s stock market is crashing, and the Chinese are trying to do the exact same thing America did in 1929

On Wall Street in 1929, it was the great banking houses of J.P. Morgan and Guaranty Trust Company.

They’re separated by 86 years and 7,300 miles, but Chinese financiers are turning to the same playbook used by their American counterparts to fight a crash that’s wiping out stock-market fortunes on an unprecedented scale.

Investors in China are hoping it works out a lot better this time around.