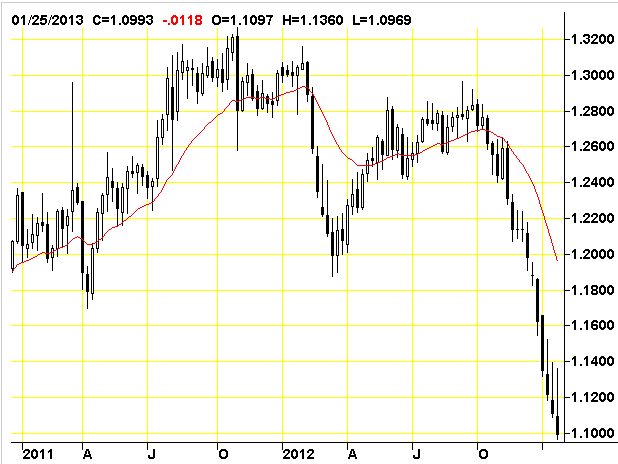 And Why The Yen Plunged. Yen Weekly Chart Above: The yen has lost 13 percent of its value against the U.S.dollar in 3 months

Japan, the nation that pretty much invented quantitative easing, is now following in Ben Bernanke’s footsteps, launching an open-ended asset purchase plan and a 2% inflation target to fight the steady drop in prices that have plagued the world’s third largest economy for twenty years.  The Bank of Japan (BoJ) is joining others in what could be dubbed a new era for central banks, as ailing economies and massive debt loads have eroded the barrier of independence and essentially pushed monetary policymakers into trying to spark growth via stimulus, as the debate on the effectiveness of those policies ranges on.