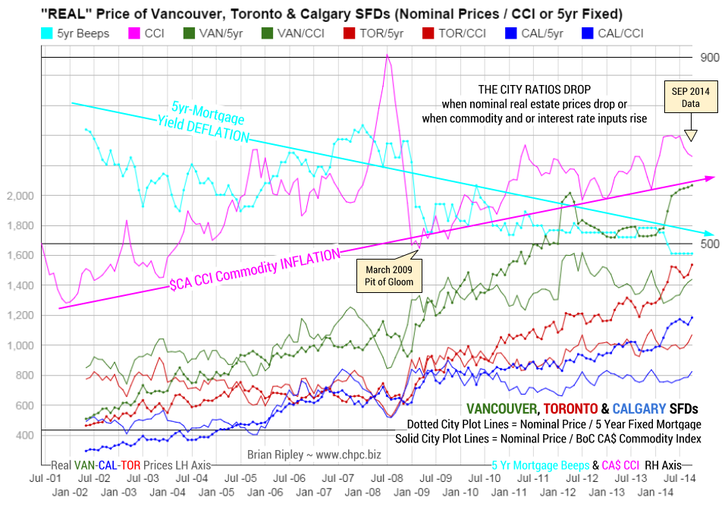 The chart above shows the “real price” of Vancouver, Toronto & Calgary SFDs when looked at from the point of view of the BoC Canadian Commodity Index (CCI) and Borrowing Costs (5yr Mortgage) which are the main input costs apart from operating expenses and tax.

In September 2014 the CCI (solid pink line) continued dropping after a failed breakout above the previous major high set in April 2011. The cost of stuff is still keeping the “real” price of SFDs (solid city lines) well below the Spring 2012 highs, but the gap is closing.