The Next Phase of Tech Development: Power & Transportation 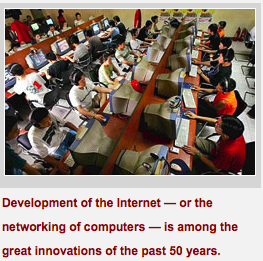 We have talked a lot in recent months about the panorama of technology innovation, but in our lifetimes there have been very few truly revolutionary technology developments.

The standard is high. One of the first great technology innovations for mankind was the wheel. Beat that, Apple! The harnessing of fire was another big one.

The invention of sailing ships was huge, the cotton gin, the internal-combustion engine, the light bulb, the telephone, the automobile, the train and the jet airplane — all major steps in the development of civilization and commerce.

In the past 50 years, the list narrows quite a bit. Certainly the eradication of certain serious diseases such as polio and smallpox via vaccines has to be listed among the great technologies.

And you will get a debate on this subject, but I would put the development of the Internet — or the networking of computers — among the great innovations of the past 50 years. The Internet has revolutionized the way we learn, communicate, entertain, shop and govern. Add mobility from the development of cellular networks, and the value of fast information dissemination rises dramatically. Yet to be fair, most of the major developments of the Internet and networking were accomplished in the 1960s and 1970s, and then only refined in the 1980s, 1990s and 2000s. A modern laptop computer is light years faster and can store far more than the original IBM PC that was introduced in 1980, but those are evolutionary, not revolutionary, developments. If you were to transport an office worker from 1982 and put them in front of a modern Dell desktop computer they would be delighted by the speed, color monitor and graphic interface, but they would know their way around.

This begs the question of what all those Silicon Alley engineers have been doing the past two decades. From the standpoint of the timeline of science, it seems like a complete waste to put all those Stanford and MIT computer engineers to work coming up with better online advertising algorithms, or new ways of displaying videos in Facebook, or writing code that prevents hackers from breaking into an electronic vault of medical records.

Where’s a breakthrough on the order of the cotton gin or internal combustion engine today? I want to see some truly amazing, not just an iPhone 6 that has a screen that’s a smidge bigger than its predecessors and sports an improved voice command module that can make lunch reservations.

Looking out on the horizon, the most dynamic new technology developments that I see coming are in power and transportation: First, cheap, accessible, grid-level solar energy coming down to a price that is more than competitive with fossil and nuclear fuels; and second, a move toward “autonomous” vehicles for personal and commercial travel — i.e. drone cars in neighborhoods, at the docks and on freeways.

Both of these developments are coming much faster than the public realizes. I sense there may virtually be a “phase change,” in the words of one researcher, which describes a moment when everything transforms quickly rather than slowly. An example would be if you were to apply a match to an ice cube. The molecules undergo a phase change from solid to vapor without stopping first at the intervening state of liquid.

In our recent lifetimes we have seen real but less significant changes in our habits by fast-moving technology. Three years ago you might have spent $300 on the latest Blu-Ray DVD player for movie watching. Now that player sits on its shelf unused as the shift to streaming everything — movies, TV shows and music — has progressed at what feels like lightning speed. You might also have a laptop gathering dust somewhere that you have abandoned in favor of a tablet, such as an iPad. Or indeed you may have an iPad gathering dust now that your smartphone has a comfortably viewable, bright, fast 5.5-inch screen.

All of these developments will be absolutely pale compared to changes coming down the road, so to speak, in the electrical grid and autonomous cars. Big energy companies not too long from now are likely to be looking at their thousands of drilling rigs much like you look at that Blu-Ray player.

Only thousands of times worse. If solar energy becomes as price-competitive at the grid level as soon as I suspect, then not just those rigs but trillions of dollars’ worth of “stranded” oil and gas assets will have to be written down by all the energy companies.

That will cause a major dislocation in markets as investors absorb the losses, but it will be temporary as it will give way to an era of plentiful solar energy that is not just much cleaner but also much cheaper. The money that manufacturers, governments and consumers will save on fossil fuels will be put to new and potentially much better uses, fueling a new boom.

And likewise, as you can learn about in Martin’s column yesterday, autonomous cars, trucks and ships are no longer science fiction. They are rolling down the track at incredible speed, as companies as diverse as Uber, Apple, Audi, General Motors and Tesla are already running neck and neck in attempting to create and lock up as much intellectual property as possible.

I will have much more for you on this subject as 2015 unfolds. Stay tuned.