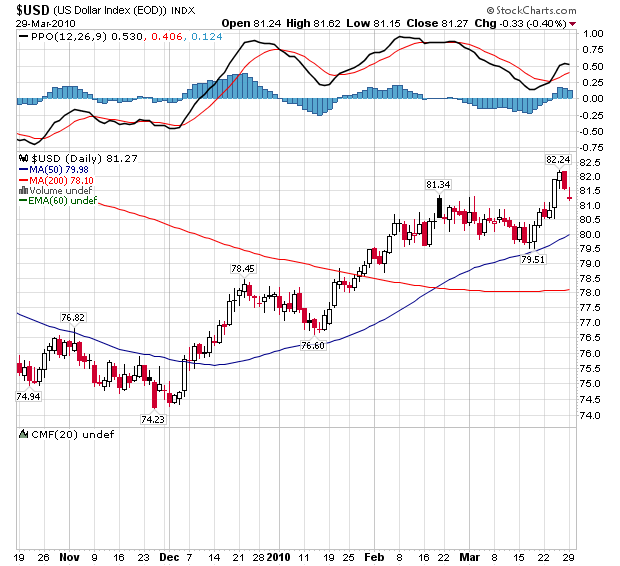 The US dodged a bullet and the Vancouver Subscriber Investment Summit had a great turn out on the same day. Coincidence? I think not.

Seriously; thanks from Keith, Lawrence and I for the great turnout. I’d like to thank the companies that presented as they make these days possible. Last but definitely not least I congratulate Nichola Vermiere and Katy Severs for organizing a great event and doing all the hard work to make sure it was well attended and went off without a hitch. People thanked me for a great show but It’s Nichola and Katy that do the heavy lifting. I just show up and try not to trip over the microphone wire.

We made it through another US budget drama. Gold ended it better than I feared. It’s too soon to know if that is just a “buy on news” knee-jerk reaction but I suspect not. Fed accommodation should continue for a while and physical buying has picked up again. It seems improbable Washington would put us through another shutdown in three months but the losers are already sounding belligerent. You can’t discount another sideshow at the start of 2014.

A short period of something like normality hopefully means the small subset of juniors delivering real results will get a hearing and positive reaction to good news. That would be a nice change.

Washington continues its pantomime, dominating the newswires with one internal deadline after another. The markets have been taking the process pretty calmly, almost enthusiastically. Wall St. essentially ignored the whole process. Yes, the volatility was high but at the end of the day the NY market hit a new record which tells you how unconcerned most traders are.

The episode was driven by Republicans and it seems like Wall St, which is not a small contributor to the GOP, was comfortable the party would not do the stupid thing when it came down to the wire. It does make one wonder what the more radical elements of that party will do for an encore.

Many in the corporate world are already making noises about voting with their feet and with their wallets. I’m not sure how much Tea Party funding comes from corporate types but it sounds like some of that funding is about to evaporate.

For all the sound and fury in the past three months we’re left pretty much where we were at the start. We have another set of deadlines three months in the future and promises everyone will play nice and formulate some kind of budget deal. It might actually happen this time.

No one objective views this side show as anything but a political disaster for the Republicans. They tried to make Obama blink first and, unlike 2011, he didn’t. It seems even less likely he will blink first in January. I think that is Wall St’s read. Budget impasses are the “new abnormal” and traders are going to largely ignore them unless there is a firm reason to think there is default risk.

I don’t think traders care about things like sequestration either. Something is happening that appears to be shrinking deficits; they’re uninterested in the details. As long as they don’t read headlines implying the government is going to take more money out of their pocket they will tune out the process.

So where does that leave us? The shutdown had some economic impact though will take time to gauge how much. It’s assumed by most macroeconomists that this episode knocked about 0.3-0.5% of Q4 GDP. That isn’t a huge deal if its accurate. It would take the projected growth rate for Q4 down to 2%, a pretty lackluster amount.

In the midst of the shutdown weekly employment claims were coming in higher but the data was noisy and pretty much useless. The shutdown didn’t last long enough to generate layoffs anywhere and government employees are going to get back pay for time missed.

All in all it shouldn’t be that damaging but its coming on the back of mediocre payroll numbers. The September nonfarm payroll number will now be released on October 22nd and the October one will come out a week late. Its hard to say whether either number, especially the October one, will have much impact since its sure to be heavily revised later.

For the gold market, the shutdown is mainly important for its impact on the Fed’s QE program. The September Fed meeting minutes indicate FOMC members expected a start to tapering before year end. The shutdown will have changed that. There may be more lasting effects on the $US as well.

The Fed has always insisted its QE program and the taper that ends it are data driven. Recent comments from Fed committee members-including a couple of monetary hawks-show concern that data quality is going to be poor for a while.

It will take a couple of months before the impact of the shutdown on the wider economy is measured. The political grandstanding hasn’t helped consumer confidence. Several private surveys show confidence at nine month to two year lows.

I’ve never found these surveys to be great predictors but they could still give the Fed pause. The US is about to head into the shopping season that makes or breaks the retail sector for the year. I don’t think the Fed wants to rain on that parade.

As I expected, Janet Yellen has been nominated as the new Fed chair. She is a monetary dove, more dovish than Bernanke in fact. She isn’t blind about it; she was simply right that this would be a weak expansion. She’s also on record in the past being dubious about how trustworthy the unemployment rate is as a measure of US financial health. She’s right about that too. Anyone who can do the math can see much of the reduction in the unemployment rate comes from workers giving up, not from workers getting jobs.

While I agree that physical demand should ultimately price gold many other factors are short term drivers. “Taper talk” has been a big negative for most of the year. That should work in gold’s favor for the next few months as traders assume the taper will be pushed back.

Impact of the $US on gold and other commodity prices is variable but there are periods this year where it had a large impact (or other factors had big impacts on both gold and the greenback). We saw that the day after the US shutdown ended. Gold rose $40 and the $US got hammered. This was partially a “risk on” trade plus an acknowledgement that the Fed would extend QE. Gold didn’t follow through the next trading day but held most of its gains and other commodities gained. The $US is at a nine month low-any sort of negative economic news could drive it below support at 79 which would be supportive of commodity prices.

While the US was busy with political theatre China clocked a 7.8% growth rate in Q3, reversing two months of slowing. That should help support base metals and bulk material prices like coal and iron ore. Europe has also been showing more signs of life. It’s going to be a long hard road back for the EU but at least it looks the economic nadir has been crossed.

In addition to support from a weaker Dollar physical demand picked up when gold dropped below $1300. ETF outflows (i.e.-the move from West to East) continued. Those sellers were no doubt surprised that gold gained after the vote in Washington. Others like them might be rethinking exiting the space.

The initial reaction to the end of the shutdown is encouraging but it will take a couple of weeks at least to know whether we have established an uptrend.

Though I would consider the next month of US economic data highly suspect in terms of quality, a batch of weak readings could help the gold price and generally better economic readings elsewhere could help base metals. The S&P looks stretched but the Fed stimulus trade is back on so it probably gets a victory lap too, unless/until we see weak job/retail numbers.

All this should add up to a better tone for juniors but there is little time to stage a rally. Tax loss selling is again a factor, though I think there has been a bunch of that already. Gold needs to gain at least another $50/oz to start calming traders. If that happens we may see a bit of strength going into year-end once tax loss sellers have finished.

That is hardly a ringing endorsement but it’s better than I feared even a couple of days ago. A small minority of active, well managed companies still have to carry the day and that was never going to be easy.

The HRA–Journal and HRA-Special Delivery are independent publications produced and distributed by Stockwork Consulting Ltd, which is committed to providing timely and factual analysis of junior mining, resource, and other venture capital companies.  Companies are chosen on the basis of a speculative potential for significant upside gains resulting from asset-based expansion.  These are generally high-risk securities, and opinions contained herein are time and market sensitive.  No statement or expression of opinion, or any other matter herein, directly or indirectly, is an offer, solicitation or recommendation to buy or sell any securities mentioned.  While we believe all sources of information to be factual and reliable we in no way represent or guarantee the accuracy thereof, nor of the statements made herein.  We do not receive or request compensation in any form in order to feature companies in these publications.  We may, or may not, own securities and/or options to acquire securities of the companies mentioned herein. This document is protected by the copyright laws of Canada and the U.S. and may not be reproduced in any form for other than for personal use without the prior written consent of the publisher.  This document may be quoted, in context, provided proper credit is given.