The Most Popular 3 Articles Of The Week 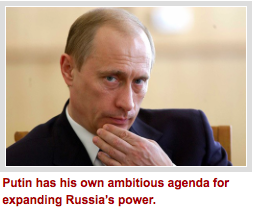 The Doomsday Clock, started by a group of scientists after the Manhattan Project back in 1947, is updated each January to show how close or how far away we are from the stroke of midnight, which means imminent nuclear holocaust.

Well, according to the latest report from the Bulletin of the Atomic Scientists in January, the clock just moved to two-and-one-half minutes till midnight

2. A Jaw-Dropping 8.6 Million Ounces Of Paper Gold Longs Just Blew Up At The Comex!

With all of the chaos regarding the immigration decrees, I think most observers have lost track of what is really happening with the U.S. economy.  Instead they are focusing on the turmoil in the country and the record highs on the Dow.

3. Don’t Count on the Great Rotation

After many false promises and one false start, it is becoming evident that 2017 will be the year the Federal Reserve finally begins down the road towards interest rate normalization. Therefore, it is likely that Ms. Yellen will cause bond yields to rise this year on the short-end of the yield curve. In addition….