The Mayans Were Right … 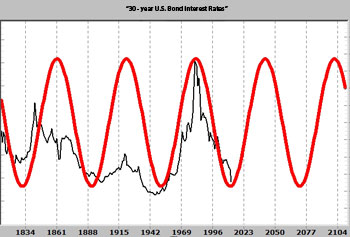 The Mayans were right. They never predicted the end of the world on 12/21/12. Those predictions were the antics of doomsayers and others hell bent on frightening you.

The Mayans predicted a turn in the major cycles impacting the world, and the beginning of a new era. And to that degree, I think they were spot on.

I say this because my work on economic cycles tells me the same thing;namely that we are now about to pass through the eye of the hurricane of what will be the biggest and nastiest financial storm of all time … and the back wall of that hurricane is about to hit in 2013.

And all of them start ramping up in 2013, and will exert their influence for years to come, converging upon the economy in a way that hasn’t been seen since the period from 1841 to 1896, a period in U.S. history …

– That was characterized by 14 distinct recessions and SEVEN major financial panics.

–  Where three of the ten deadliest wars in U.S. history occurred: The Civil War, the Spanish-American Wars, and U.S. Indian wars.

So fasten your seatbelts. The relative calm you’ve seen in the markets over the last 12 to 18 months is nearly over and the next phase of the financial crisis is just about here.

I can’t cover it all in this column today. But I will be making a major presentation of my forecasts at the Weiss Wealth Summit in Florida on January 18, where I’ll reveal all the details, including the strategies you will need to survive the second half of the financial crisis.

Right now though, I want to tell you about one market that stands out from all the rest, and it’s not gold.

It’s none other than the U.S. Treasury bond market and interest rates.

And I’ll put it very bluntly: If you own Treasury bonds, get the heck out of them NOW. Holding Treasury bonds is a recipe for financial suicide, no matter how much credence you give to Mr. Bernanke and the Federal Reserve.

Again, I would not bet on the Fed being successful keeping rates low to 2015 or until unemployment hits 6.5%, as they have recently promised. Rates are going to start going up — and bond prices will fall — starting almost immediately.

All you have to do is look at the well-established 64-year cycle in interest rates. It’s here in a chart for you.

As you can clearly see, interest rates peaked right on cue in 1980, then fell for 32-years into their record lows this year.

And now take a look at where the next half-cycle, or 32-years is pointing. Much, much higher for interest rates. Till the year 2044!

Personally, I believe that U.S. Treasury bonds will be the worst investment you can possibly make in the years ahead, destined for dramatic losses.

Moreover, the picture that chart tells you speaks a thousand words …

– The U.S. federal debt and budget deficit will likely get worse, not better, as a result of rising interest expenditures and Washington’s increased trouble selling new debt.

– As interest rates rise, we are likely to see a renewed bear market in the dollar. Rates will not be defending the dollar in this cycle, but instead, will be a reflection of investors, especially foreign investors, cashing in their holdings of our bonds.

–  It will also reflect a dramatic increase in inflation.

– And to many analysts and investors, it will also signal renewed bull markets in many asset markets, especially commodities, but also in the shares of cream of the crop multinational companies.

Based on my work, their prices all headed lower. I repeat: Owning them is a recipe for disaster.

The only interest rate investments I would buy today are sovereign notes and bonds of the emerging economies in Asia. Period. And even there, I would be very selective.

I hope you had a wonderful Christmas, and I wish you a very healthy and happy New Year. Be safe, and be ready to make a boatload of money in 2013.

P.S. URGENT DEADLINE TODAY — $6,670 AT STAKE! Today’s your last day to get FREE access to every monthly newsletter published by Weiss Research.

If you haven’t already accepted your invitation to join The Weiss Elite, I strongly urge you to do itnow.

This special opportunity to access EVERY monthly newsletter we publish for a lifetime — a value of more than $6,670 …

IS ABOUT TO EXPIRE! Click this link for details and activate your membership in The Weiss Elitebefore it’s too late!