The Internet Is a Dud 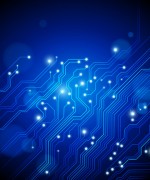 The world today looks almost identical to the world of the 1960s because there have been very few important innovations since then. But you will leap to reply — the internet! Alas, electronic technology does not seem to noticeably increase output of stuff. The Internet affects our quality of life in many ways, but not our standard of living.

The Internet was more or less fully built out in the US in the year 2000. All of a sudden, knowledge from all over the world…and from all of history…was available. Information could be accessed and questions could be answered at the speed of light. People could collaborate on a global scale, across borders and time zones, innovating, creating, critiquing, and elaborating new ideas of breathtaking scope.

In the 1990s, many people believed that this electronic hyperactivity would eliminate the “speed limits” on growth. Analysts advised investors that they could pay almost an infinite price for start-up Internet companies. Growth would be fast. And it would not require capital inputs, they said.

And certainly, there are many Mercedes 500 automobiles on California highways that owe their existence to the Internet. Many entrepreneurs, software developers and “app” creators have gotten very rich. But based on growth rates, wages and household incomes, the Internet does not seem to have led to a general uptick in prosperity. Since 2000, household income in the US has actually fallen. So have wages. And stripping out government expenses and redistributed income shows negligible real growth in the private sector economy over that period. GDP minus government spending was $9.314 trillion in 2001 and only $9.721 trillion in 2010. At that rate, it would take 167 years for the GDP to double. By comparison, GDP doubled twice between 1929 and 1988.

Over the last 20 years, the top 10% of earners are the only ones to have added to their wealth. Everyone else is even…or worse. At the bottom, among the lowest quarter of the population, people are poorer now than they were 20 years ago.

What went wrong? Why didn’t the Internet make us richer?

According to The Financial Times the world spends 300 million minutes a day on a single computer game: Angry Birds. Millions more are spent looking at videos of puppies or kittens. People spend 700 billion minutes per month on Facebook. The typical user spends 15 hours and 33 minutes on the site each month. The YouTube viewer spends 2.9 billion hours per month on the site.

You get the idea. You don’t need the government to waste time; you can do it yourself!

Even when you’re not using the Internet to waste time, you’re rarely using it to add to GDP. Instead of going out to shop, you can shop on the worldwide web. You will find much greater selection at generally lower prices. You save the time and energy of going shopping at a mall. Likewise, entertainment is much easier and more convenient. Instead of going to a strip club, you can watch as much pornography as you want in the comfort of your own home.

In industry too, the Internet is primarily a cost-cutting, efficiency-enhancing technology. It permits better fleet management for trucking companies. It helps retailers avoid unnecessary inventories. It allows you to save time and energy in countless ways, such as checking in for flights on-line…reading widely without going to the library…sending massive files, graphics and reports with the press of a button. These things make life more fluid, and perhaps more easy and agreeable, but they do not add significantly to GDP.

Growth is what you get when you use more energy, or use the energy you have better. Growth — more GDP…more jobs…more revenue…more people — is also what every government in the developed world desperately needs. Without it, their deficit spending (all are running in the red) leads to growing debt and eventual disaster.

Not only is the rate of growth in the developed world declining, so is the speed of recoveries. Here’s Harvard professor Clayton M. Christensen:

In the seven recoveries from recession between 1948 and 1981, according to the McKinsey Global Institute, the economy returned to its prerecession employment peak in about six months, like clockwork — as if a spray of economic WD-40 had reset the balance on the three types of innovation, prompting a recovery.

In the last three recoveries, however, America’s economic engine has emitted sounds we’d never heard before. The 1990 recovery took 15 months, not the typical six, to reach the prerecession peaks of economic performance. After the 2001 recession, it took 39 months to get out of the valley. And now our machine has been grinding for 60 months, trying to hit its prerecession levels — and it’s not clear whether, when or how we’re going to get there. The economic machine is out of balance and losing its horsepower. But why?

Why? The obvious reason: we’ve reached the point of diminishing returns on energy inputs. I use the word ‘energy’ in a broad sense — to include our intellectual energy, and our time and attention, as well the energy you get from fossil fuels. Returns on investment have gone down to marginal levels.

In 2012, the Congressional Budget Office helpfully looked ahead and saw an on-coming train. If federal spending remains on its present course, the US would add another $10 trillion in debt over the next 10 years. Congress, reacting to the emergency, passed a law which, if left unchanged, would reduce the additional debt to $8.7 trillion. The downside train kept coming.

But the train is far bigger and more powerful than the CBO thinks. The real federal deficit for 2012 is not $1.1 trillion as widely reported. Include unfunded Medicare and Social Security obligations and it is more than $7 trillion. GDP increased during the same period by about $320 billion. In other words, debt is going up 21 times faster than the economy that supports it. Already, if you reported the liabilities of the US government correctly, according to GAAP rules, such as every corporation is required to do, it would show a hole $86 trillion deep. And at the rate deficits accumulate, it will get twice as deep in the next ten years — to more than $150 trillion, or nearly 10 times the size of the economy.

Another way to look at this is to think again about how modern democracies finance themselves. Since the days of Bismarck, they take in money from citizens and pay much of it back, in the form of various social spending programs. The successful politician allows spending to outstrip revenues as much as possible, but not so much that he appears irresponsible. The more benefits he can plausibly promise to the voters, the more likely he is to gain power…and the more resources he can also shift to favored groups.

Growth over the last hundred years — in population, GDP, wages, prices — made it possible to expand government spending greatly, anticipating larger, richer generations that would support their smaller, poorer parents.

The mathematics of this system held up fairly well — until recently. Now, population growth rates are falling everywhere in the developed world — including the US, with a huge bulge of baby boomers preparing to retire and voting themselves the most lavish benefits in history. Without growth, this system of public financing is doomed to spectacular failure. More spending will not be better; it will be calamitous. The more dry debt tinder on the ground, the bigger the blaze.

Since founding Agora Inc. in 1979, Bill Bonner has found success and garnered camaraderie in numerous communities and industries. A man of many talents, his entrepreneurial savvy, unique writings, philanthropic undertakings, and preservationist activities have all been recognized and awarded by some of America’s most respected authorities. Along with Addison Wiggin, his friend and colleague, Bill has written two New York Times best-selling books, Financial Reckoning Day and Empire of Debt. Both works have been critically acclaimed internationally. With political journalist Lila Rajiva, he wrote his third New York Times best-selling book, Mobs, Messiahs and Markets, which offers concrete advice on how to avoid the public spectacle of modern finance. Since 1999, Bill has been a daily contributor and the driving force behind The Daily Reckoning. Dice Have No Memory: Big Bets & Bad Economics from Paris to the Pampas, the newest book from Bill Bonner, is the definitive compendium of Bill’s daily reckonings from more than a decade: 1999-2010.

Special Report: Wait until you see what could happen in America next… An unbelievable phenomenon is set to sweep the nation… The railroad, steel, and technology age – this phenomenon triggered them all. And now it’s taking shape again! Watch this special, time-sensitive presentation now for full details on how it could affect your job… your lifestyle… and your wallet. Here’s How…